It should come as no surprise that Rihanna brought her beauty and fashion A game to the world premiere of Valerian. Last night (July 17), the singer, actress and fashion designer looked fresh and fabulous as she walked the red carpet in a pale pink Giambattists Valli gown and Manolo Blahnik shoes.

And although her frock was fancy to say the least, RiRi opted for a pretty laidback hair and makeup combo. She sweeped her wavy locks into a high ponytail and went for monochromatic blush makeup; the perfect match for her designer threads. 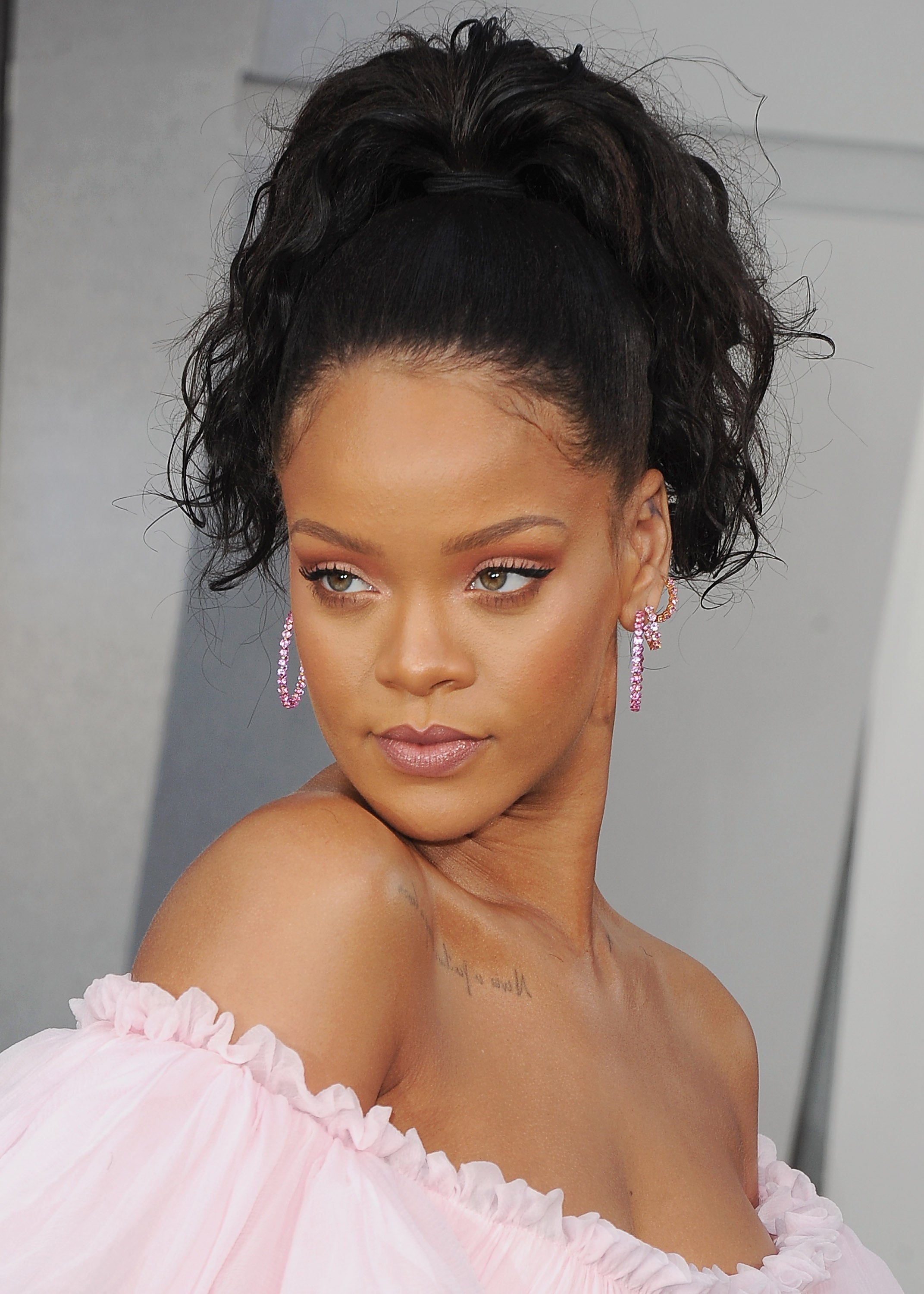 Valerian marks Rihanna’s second major acting role this year, having played Marion Crane in the final season of Bates Motel in March. Rih plays “Bubble,” a shapeshifting entertainer, in the 28th century-set film and according to the director, Rih’s part is actual quite critical to the storyline. The sci-fi flick, out July 21, also stars her friend Cara Delevingne, Dane DeHann and Clive Owen.

2017 isn’t the first time Rihanna has flexed her acting chops on the big screen. Back in 2015, she voiced the main character “Tip” in Disney’s animated film Home, and just completely filming the highly anticipated Ocean’s 8.

We never grow tired of seeing Rihanna showcase her many talents, but we’re especially excited to see her Fenty Beauty collection in Sephora this fall. If you haven’t already, be sure to follow the brand on Instagram and sign up for updates on the official website.