It was only a few years ago that Lupita Nyong’o hit Hollywood and completely stole our hearts. And beyond her talent on the big screen she became an instant style star. She proved that once again this week by gracing

This marks the second time she has covered Vogue, but the first time she has done so donning a turban — or as she and her beloved hairstylist Vernon Francois like to call it: “a crown.”

I shared my home with @VogueMagazine so they could share my home with you. #LinkInBio for more. @QueenOfKatweMovie

We caught up with Francois to get the lowdown on the inspriation behind the regal look and how he crafted the colorful crowns.

Francois says that the idea for all the headwraps was simple, it stems from Nyong’o upcoming role in the movie Queen of Katwe. In the film Nyong’o’s character wears a headwrap through the whole story, “so it was very very obvious that this [the Vogue shoot] was going to be the time where she celebrates the characteristics of the beautiful tribes throughout Africa. This was the moment that we wanted to showcase that,” Francois told ESSENCE. 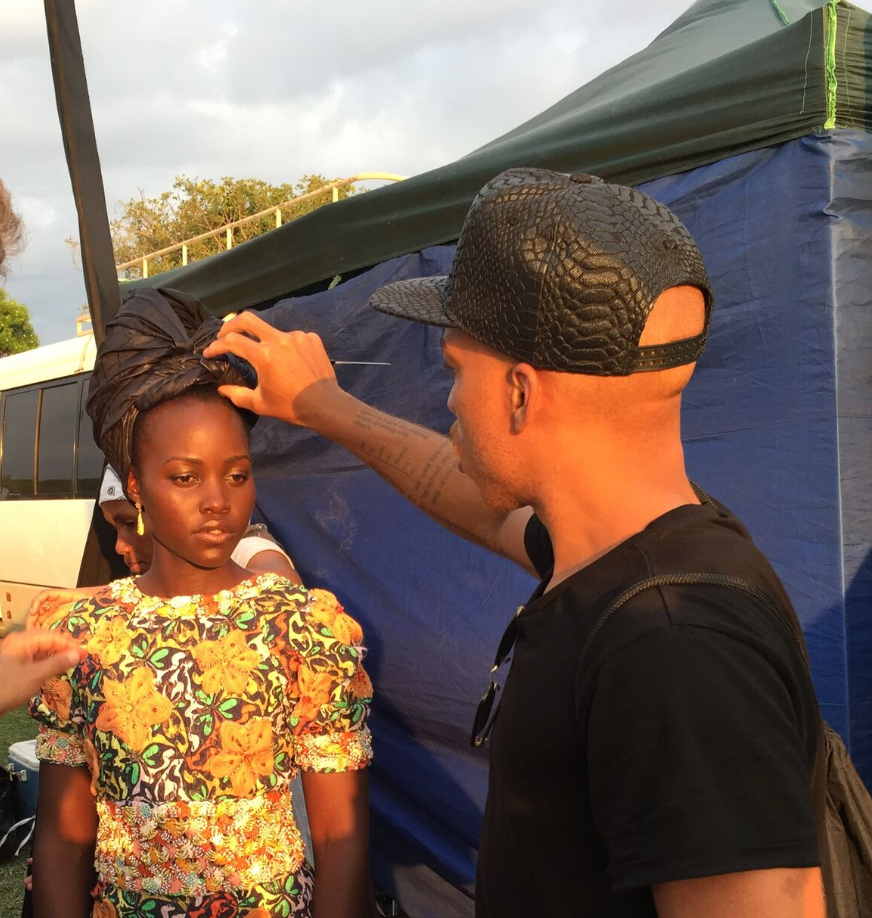 Furthermore, the renowned hairstylist says that Vogue was totally on board with the idea and let him style Nyong’o’s crowns as he wished. “I was just so honored that they were fully behind my creative vision,” Francois explained.

And when it came to actually creating the head-turning turbans-cum-crowns Francois hit up fabric markets in New York City and Kenya — Nyong’o’s homeland and the East Africa country where the shoot took place.

Wrapping and ripping the fabric to manipulate the material into the magnificent headpieces, Francois says he mixed several of the fabrics together, using two to three yards for each wrap. He even used accessories like belts to adorn and securre them.

The images of Nyong’o in her crowns are simply stunning and will certainly inspire of slew of women to start wrapping up their tresses — and that was part of the mission.

“It’s such a great gift to have textured hair, and being able to use accessories in a way that you don’t see that often. This wraps are often related to religion and we really wanted to push it out of the boundaries and make it versatile so women can wear it everyday as well.”