It’s been just under a week since Michelle Obama took our breath away at her final State Dinner. The chainmail Versace gown is notable for obvious reasons, but we’ve never overlooked her flawless beauty moments either. 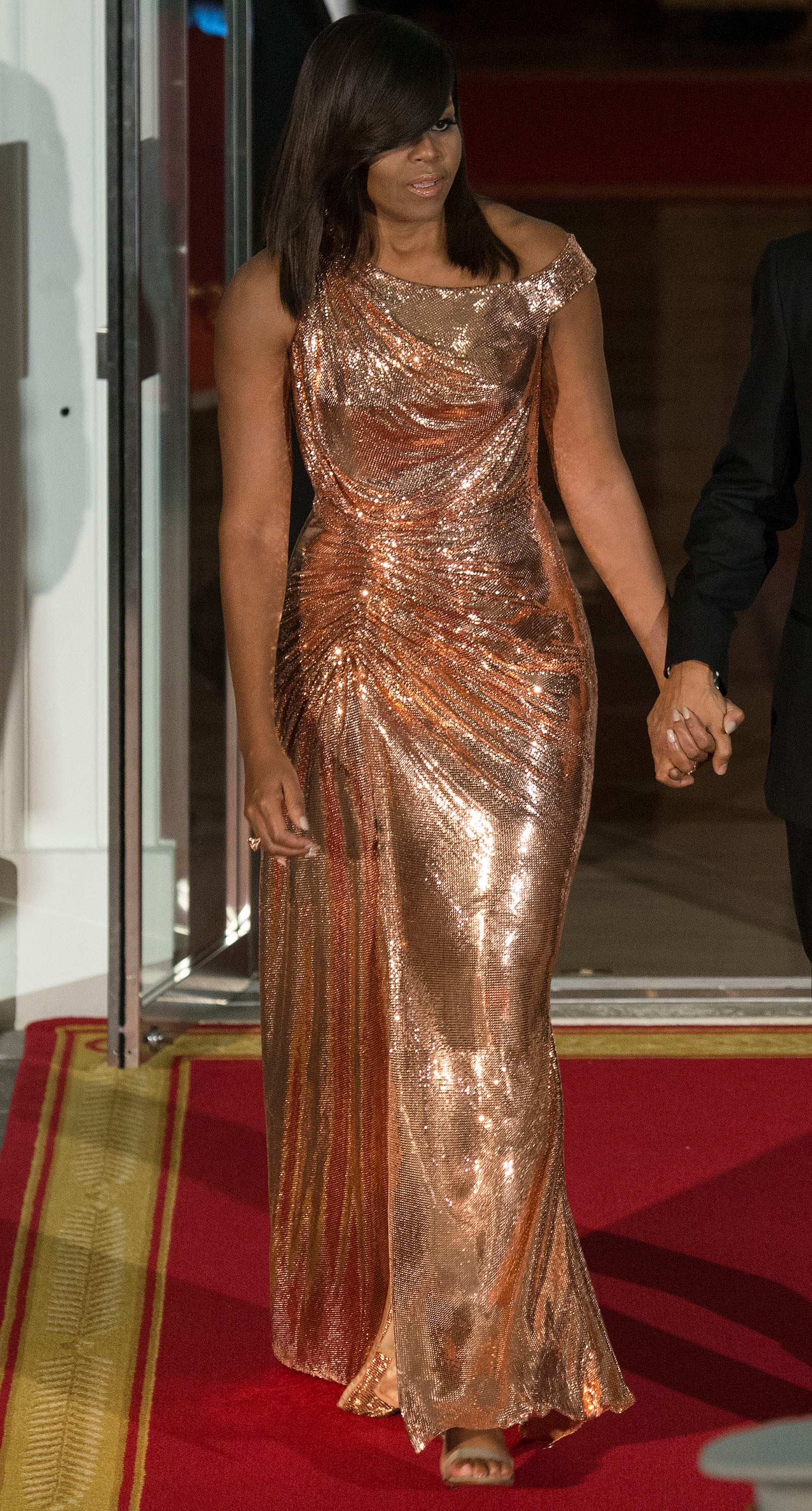 This special occasion was no different, as our FLOTUS was adorned in her sleekest do yet, thanks to Johnny Wright.

He’s been her go-to stylist for over eight years and with just a few months left of the Obama presidency, we expect nothing less than the mane magic he consistently delivers.

“You very rarely see the First Lady with straight hair. I think that’s why it was so shocking, and I do think that it spoke to the story that the dress was telling when it came down to the sleekness of it, the boldness of it,” he tells ESSENCE of the standout look.

“I felt like her hair needed to be as simple as possible with just a little bit of sex appeal, and that’s where the bang came in.”

We’ve always been enamored with Mrs. Obama’s healthy-looking tresses and as it turns out, she’s keeping them photo-ready with a  surprisingly accessible investment.

For those who want to add that same presidential shine to their locks, Wright recommends regular steam treatments, a go-to process for the First Lady and other clients.

“It really varies from time to time, but one thing you can’t go wrong with is great conditioning that gives you moisture and also cleanses the hair properly without adding any harsh attributes to the hair,” he tells ESSENCE.

“I’ll condition the hair, comb it through really nice and put you under the steamer for awhile and really let that moisture penetrate into the inner-most layer of the hair shaft, to really give you that intense moisture that you need. That is the only thing that’s going to keep the integrity of the hair and keep your hair on your head and keep it growing stronger and longer.”

Although we can look forward to seeing the two collaborate once the Obamas leave the White House (“When she does her big events, when she does any book tours and stuff like that, I would love to work with her if I’m asked,” he adds), Wright will also be happy to take on new challenges.

In case you missed it, watch the beauty guru transform our Entertainment Director Cori Murray’s hair below.