If we had a dollar for every time we had to duck, dodge or physically stop someone’s hand from touching our hair we would be extremely rich by now.

The game starts by players creating an avatar; there are several hairstyles and skin tones to choose from. Once the avatar is complete, players are then prompted to choose their travel destination.

As the avatar moves through the game, a steady stream of invasive and aggressive hands (which just happen to be a very light skin tone) continually reach in to touch her hair from off-screen. The point of the game is to swat away the hands to keep them from touching the avatar’s hair. 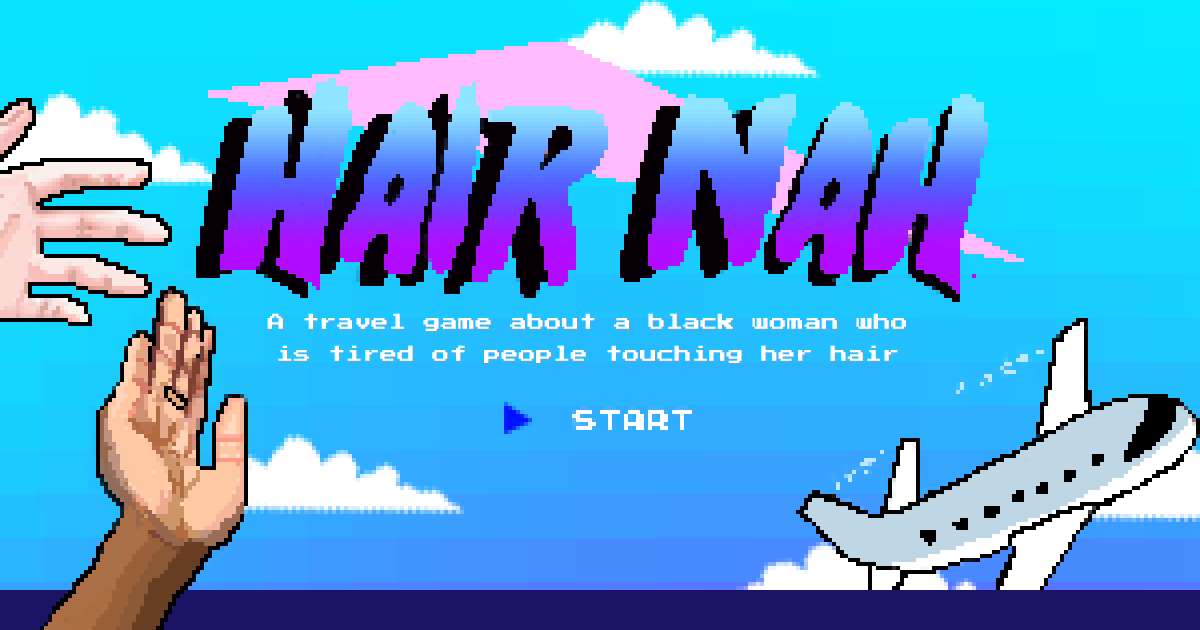 Creator Momo says her inspiration was that, “it’s literally happened to every Black girl I’ve met. Even while making this game it happened to me, multiple times.”

“When does it stop? Working on this game was such a breath of fresh air because it’s like, finally! I get to tell you, ‘No, stop touching me. Respect my space,’ before it happens—and in the most fun, chill, hilarious way,” she says.

While the game is supposed to be fun and funny it does tackle a very serious issue experienced by countless Black women, daily. So in case anyone needs a reminder stop touching, speaking about, and Photoshopping our hair.

You can play Hair Nah, by clicking here.