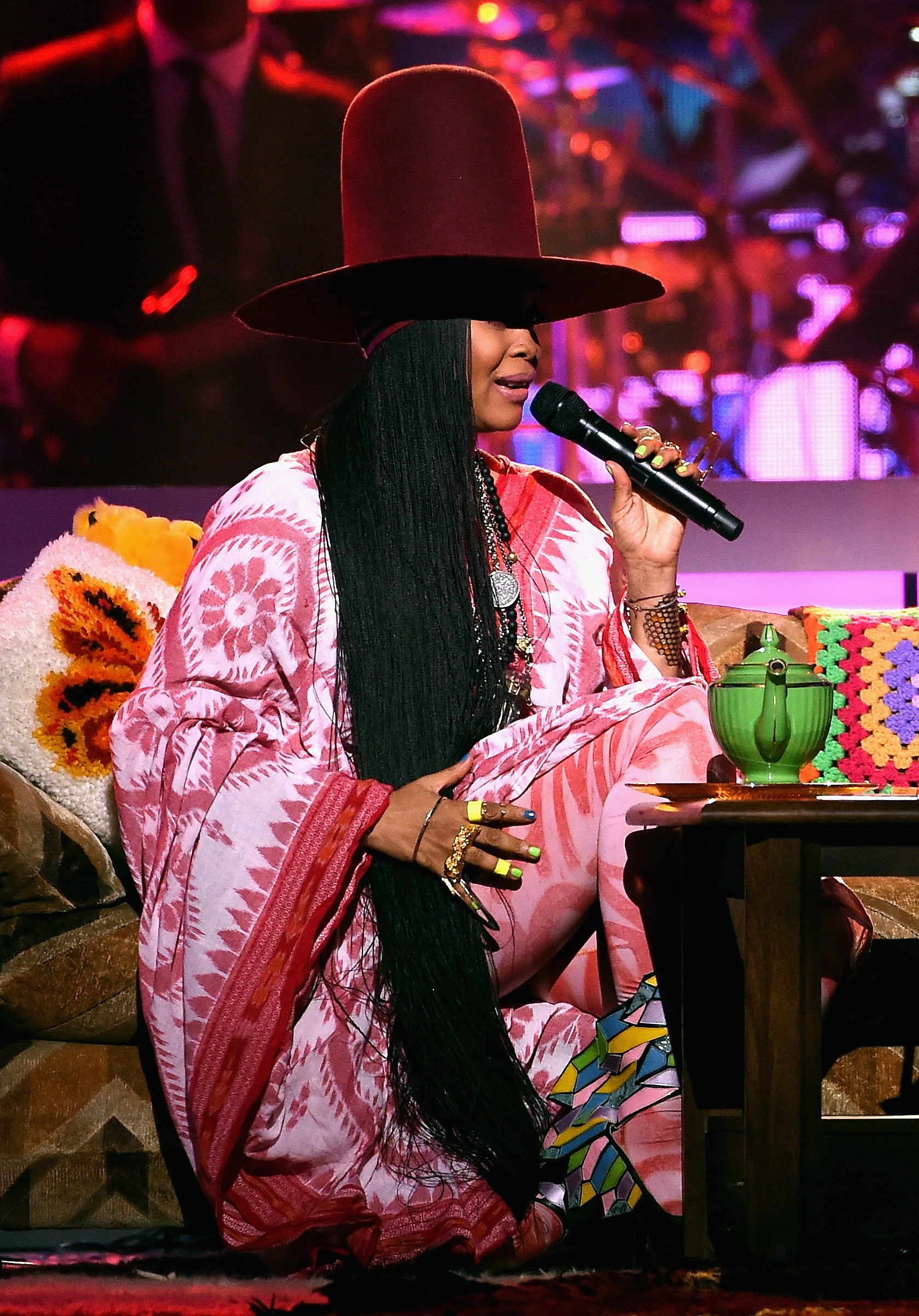 Erykah Badu onstage in a pink and red printed shawl, pants and a burgundy top hat during the 2016 Soul Train Music Awards in Las Vegas, Nevada.

As host, she wowed us with her comedic timing, unparelled fashion choices and of course–that soulful voice. As it turns out, Erykah’s braids were the also subject of awe and adoration, too.

The singer has always worn standout dos on and off the stage, but these floorlength braids are definitely next level. Shortly before the show aired, Badu detailed the styling process with The New York Times, saying she wanted them to be “as thin as the lines on your hand.”

Each one takes between 8-15 minutes to construct and the entire head requires weeks of work, with as many as five women working at once. Badu’s love for braids goes all the way back to her adolescence, when she first encountered the salon of Isis Brantley, who styles her hair to this day.

“When we are all together, the rhythm — and we are all around, there’s incense … it just feels really good,” she said of the braiding process. “It takes a village. A tribe. And it’s a sharing kind of thing.” 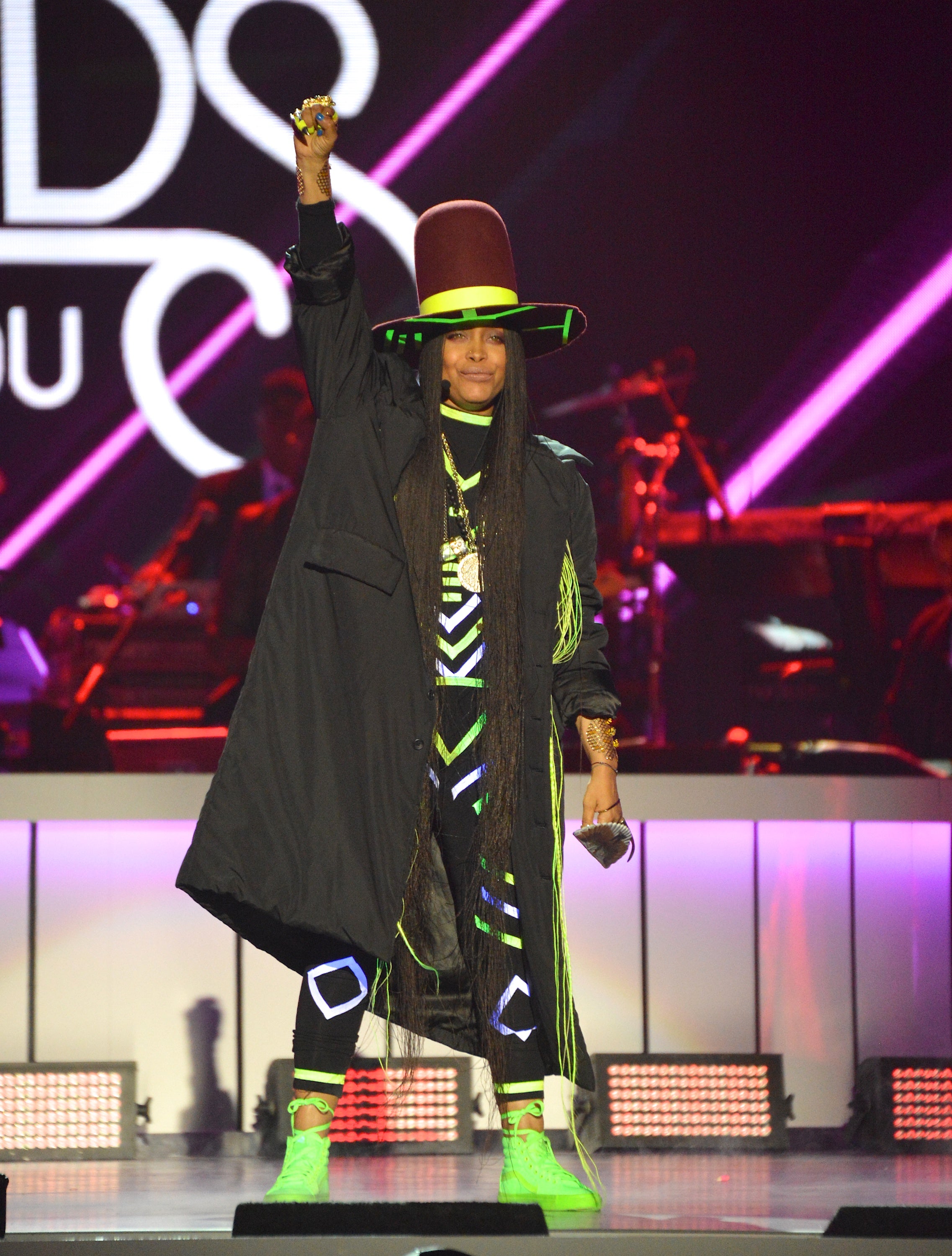 Erykah Badu onstage in a black and green glow in the dark look during the 2016 Soul Train Music Awards in Las Vegas, Nevada. 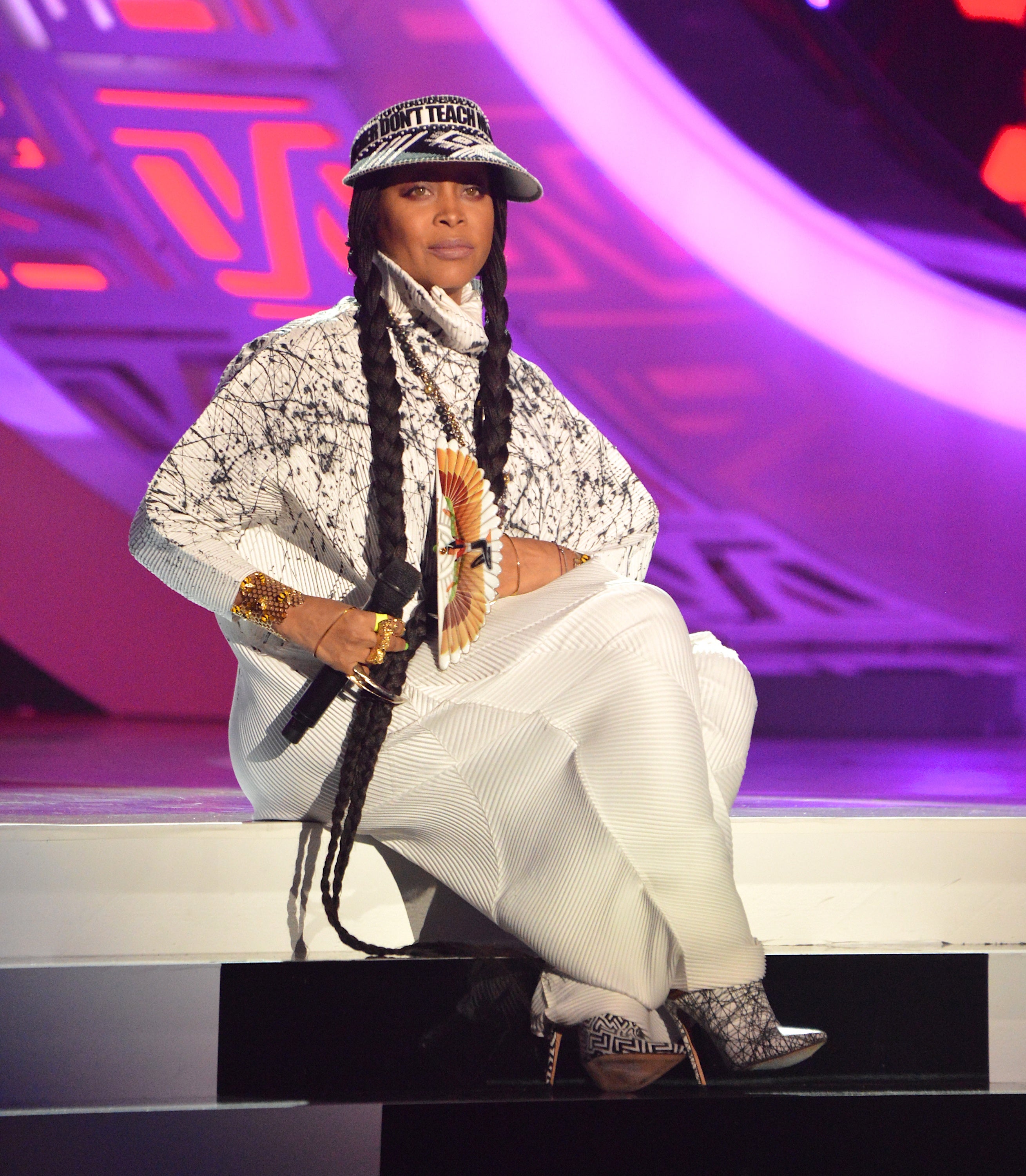 Erykah Badu rocks a floor-length paint-splattered dress, black and white printed boots, a gold cuff and a black and white visor while onstage during the 2016 Soul Train Music Awards in Las Vegas, Nevada. 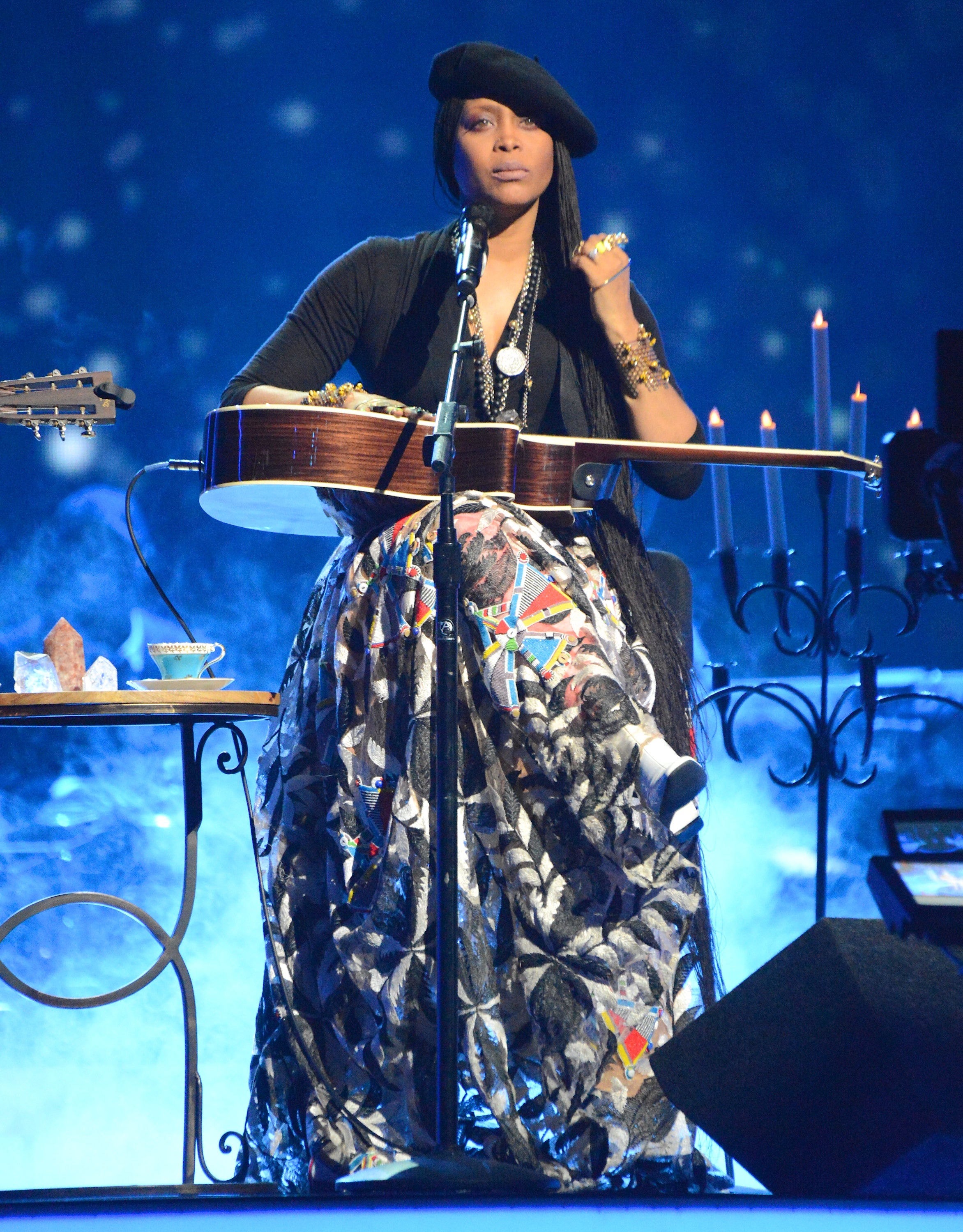 Neo Soul goddess Ms. Erykah Badu is sure to have the whole audience on their feet as she brings her one-of-a-kind sound and style to the Main Stage.