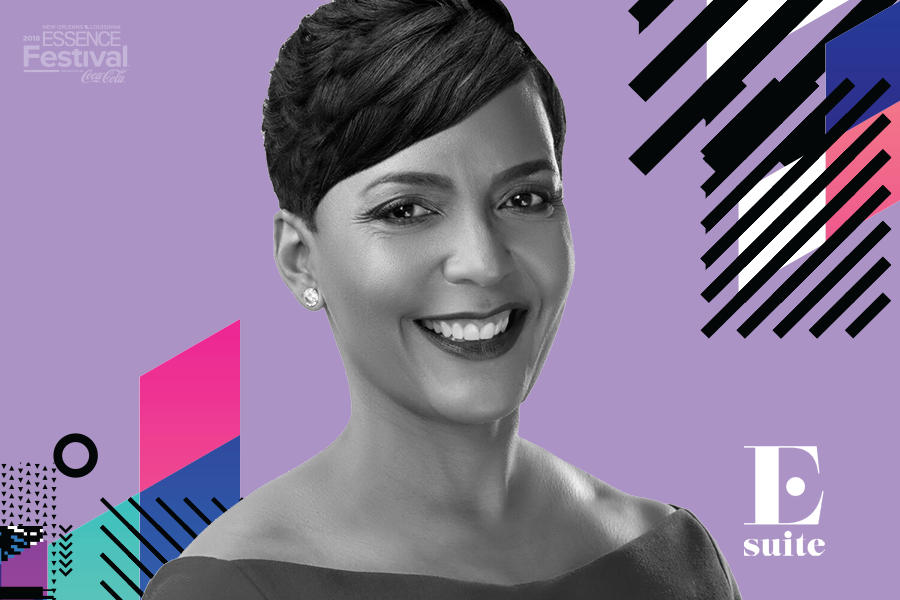 A daughter of Atlanta, Mayor Bottoms strives to continue the City’s progress as a global business hub, while also building a city that stands as a national model for equity and inclusion. With a six-point focus on affordability, public health and safety, transportation, education, criminal justice reform, and economic and workforce development, Mayor Bottoms is committed to leading Atlanta to becoming a recognized leader in both commerce and compassion.

Within her first 100 days, Mayor Bottoms implemented sweeping reforms that would improve lives and transform the trajectory of Atlanta’s future. As part of her commitment to strengthening public education for all of Atlanta’s children, Mayor Bottoms transferred deeds for 31 properties to Atlanta Public Schools. Tackling criminal justice reform, Mayor Bottoms signed an ordinance to eliminate the use of cash bonds for low level, low income offenders. Mayor Bottoms also announced a $9 million, citywide anti-displacement initiative to expand affordable housing opportunities for low income residents as part of her $1 billion public-private equity and affordability plan. Doubling down on her commitment to maintaining an affordable Atlanta, Mayor Bottoms, in partnership with the Westside Future Fund, announced the Anti-Displacement Tax Fund, which will pay any property tax increases for qualifying homeowners in the City’s historic Westside communities.

Working to improve access to parks and public spaces for all Atlantans, Mayor Bottoms most recently executed a historic public property purchase, acquiring the land needed to complete the Atlanta BeltLine’s Southside Trail. This $26 million investment will connect the Eastside of the BeltLine to the Westside for the first time in the trail’s history – providing greater access to transit options and world-class greenspace for residents.

Only the second woman to be elected to Atlanta’s highest office, Mayor Bottoms was designated a “Woman to Watch in 2018” by Viacom’s BET Network. She has also been profiled by Atlanta Magazine, Ebony Magazine and Politico Magazine, where she was named “the most prominent black female executive in the South – and one of the few in the entire country;” and most recently, she was honored among a group of stellar woman, as one of ESSENCE magazine’s 2018 “Woke 100” – highlighting black women change agents across the nation and beyond.