Congresswoman Maxine Waters is an iconic public figure in the worlds of politics and activism who has dedicated her life to fighting for the civil and human rights of women, people of color and many others.

This year, we’re honored to have “Auntie Maxine” as a keynote speaker at the 2017 ESSENCE Festival! We recently caught up with her to get her thoughts on the currently political climate, how it stands to impact communities of color specifically and how we all can get involved in the fight. 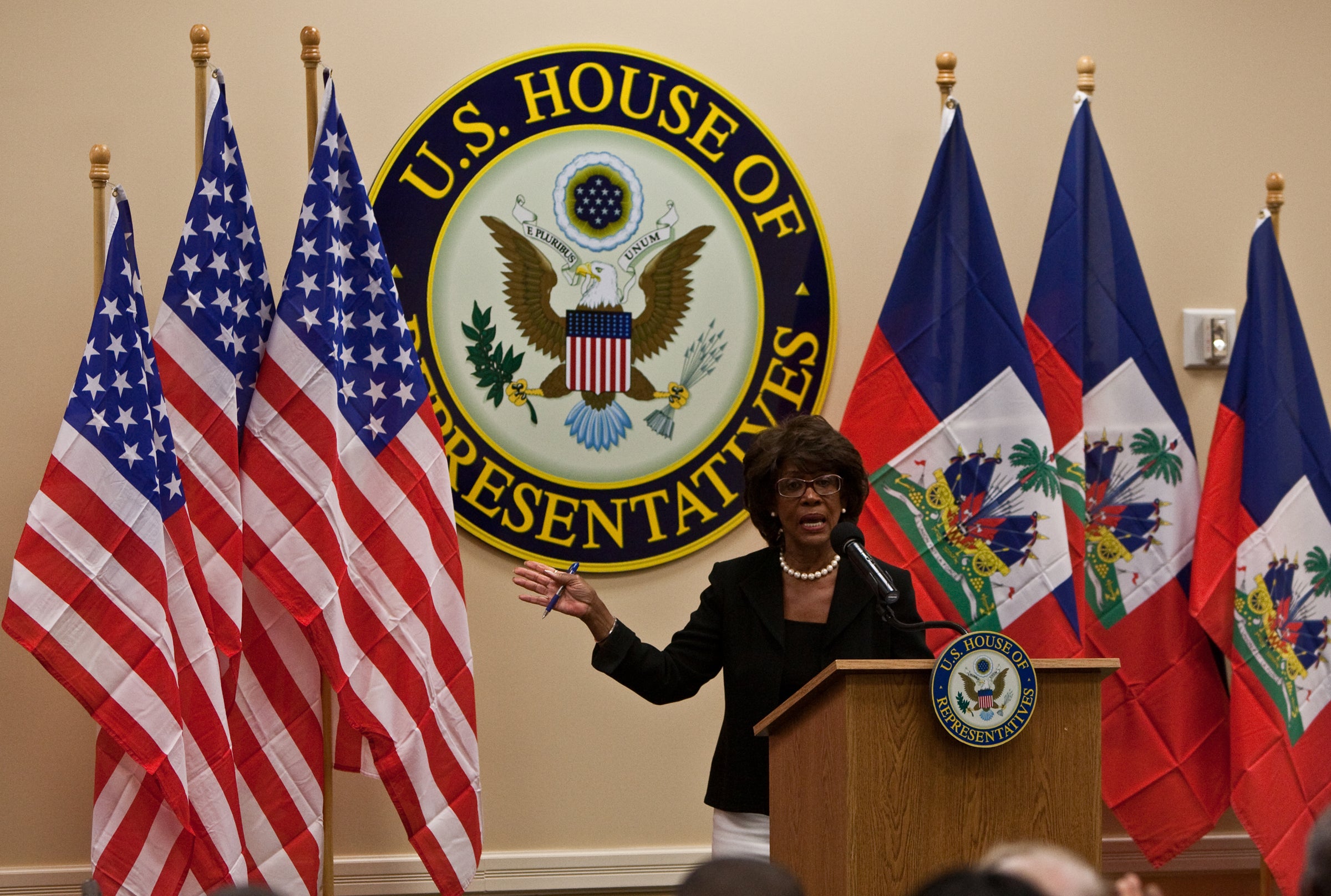 Congresswoman Waters has remained at the forefront of conversations about the current president’s blatantly destructive actions since before he made his way into the White House. She believes the recent revelations about his covert dealings with Russia will see his GOP counterparts continue attempts to avoid taking responsibility for keeping him in office.

“When he shared classified intelligence with the Russian ambassador and the foreign minister, it certainly looked as if he had violated the law and that he was involved in obstruction of justice. Republicans now have discomfort and uncertainty, but they have not yet been willing to really step up to the plate and take him on,” Rep. Waters tells ESSENCE. “And now they are going to hide behind [former FBI Director] Robert Mueller, because they are going to expect him to do whatever people are expecting all of them to do, which is really take a deep look at who this man is, who he is connected to and how he has violated the constitution of the United States and even helped to undermine our own democracy.  And this is how they’re going to handle it until the facts unfold.” 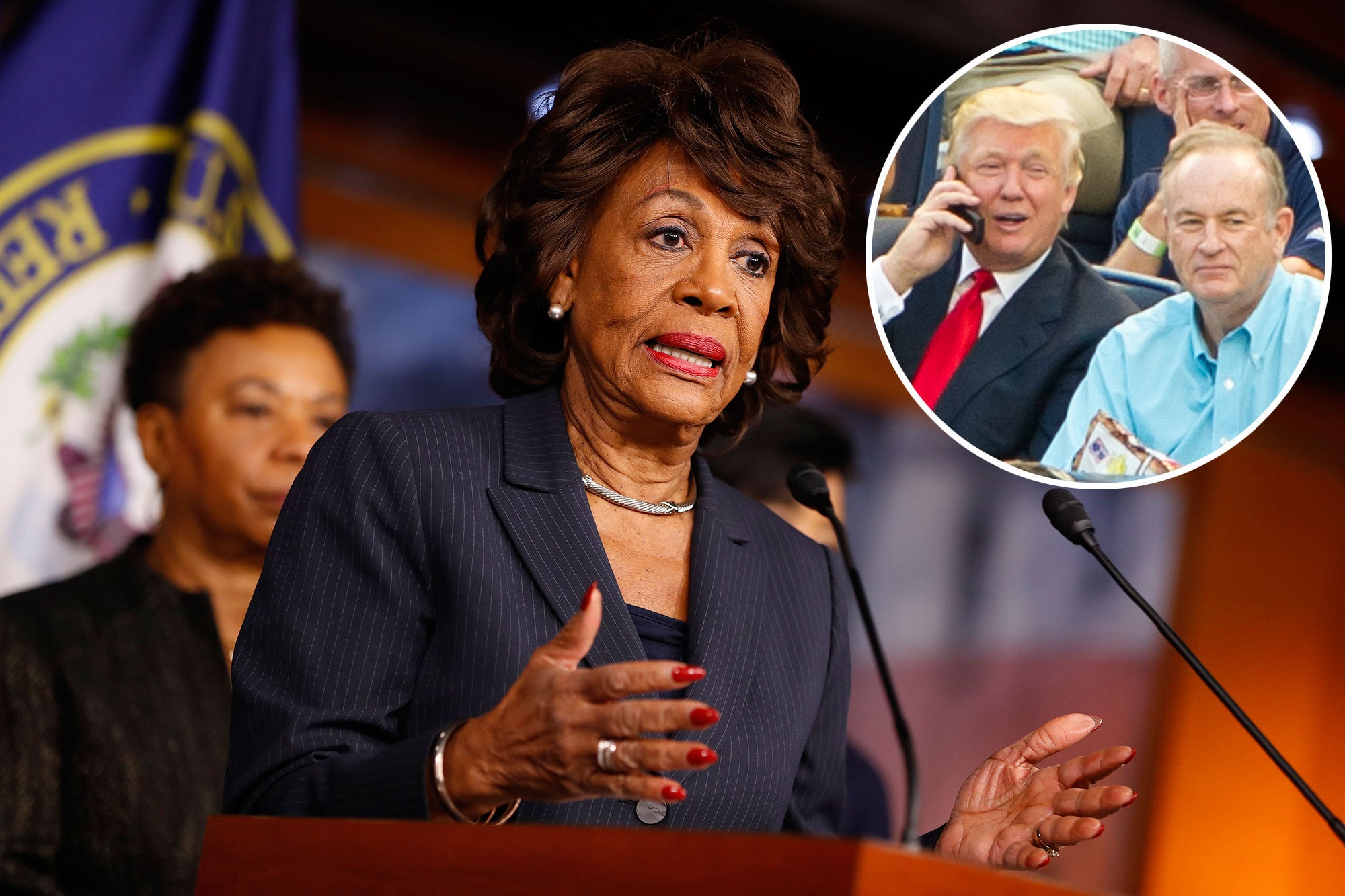 Ultimately, Mrs. Waters is confident that the truth to come out of the revelations will leave Republican leaders with no choice but to finally hold Trump accountable and possibly even call for his resignation by the end of the year.

“I believe that the facts are there to prove that they colluded with The Kremlin and with Russia and with Putin to undermine our democracy and to interfere with our election system,” she added.  “We know that they hacked into the DNC and even hacked into some of us and our phones. So, when the hard facts are unfolded, they won’t be able to stand without admitting and moving away from this president because they cannot be claim to be patriots of America and wave the flag if in fact, it is proven that he has colluded to undermine the democracy. So, it’s going to fall. They are going to have to resist him. They may, even before impeachment, have to ask him to resign. I think it’s going to come to that.

I think it’s adding up.  What you have to understand is that really, this is a short period of time. He’s only been in office just barely 100 days. So, I give it until maybe the end of the year but, I think it will happen.”

Speaking on the top three developments within the Trump administration so far that stand to negatively affect communities of color, Congresswoman Waters focused on recent legistlative efforts targeting education, police brutality and the undoing of the historic Dodd-Frank Act, which was passed following the 2008 recession. Here’s how she broke down the top three developments:

Betsy DeVos’ plans to privatize education & funding cuts for HBCUs:
“I think, first of all, that his cabinet is disastrous,” Rep. Waters said. “[Education Secretary] Betsy DeVos wants to privatize education. We have to fight for public education. I think parents should have choices and if people want charter schools, that’s fine, but you can’t have charter schools cherry picking the so-called “best kids.” And you can’t have privatization if charter schools are thought to be better than other schools, but then when you get right down to the analysis and the evaluation, they’re not doing any better. I think this business and notion of wanting to get rid of public education, to downsize it and to privatize is going to be disastrous for our communities. I’m worried about our schools and education. I also think that they have dishonored the Black colleges and universities. They went there to the White House with a proposal and thought that they were going to be listened to and be able to present this proposal that they had worked on, only to find that all they got was a photo op and Kellyanne Conway sitting on a couch taking pictures of them. And now, [Trump] is coming out with a scenario that says it’s unconstitutional to fund the Black colleges and universities in a special way.”

The undoing of the Dodd-Frank Act:
“He’s asked for a review of all of the Dodd-Frank reform, which we worked very hard to implement. Our communities got ripped off very badly with the 2008 recession. It stripped us of our wealth and stripped whole communities of their wealth and diminished the equity that we had in homes that stood in communities where other homes around us were boarded up and had been foreclosed on. So, I think his policies and executive orders on Dodd-Frank reforms and the leadership that he’s providing to get rid of it and to take us back to some of the policies and practices of predatory lending is also going to be devastating for our communities.”

Decreased government involvement in policing practices:
“And of course, I’m worried about police abuse because with the federal government stepping away from any oversight or involvement with local police departments, even after the incidents of killing Blacks and minorities, I think people will look to the government and they won’t be there. Take a look at what happened in Ferguson. Our Justice Department went in there and they discovered how Black people were ticketed and jailed all up and down. So, I think all of that kind of stuff is at risk again. I just think that this man is bad for this country, bad for America and certainly bad for African-Americans and people of color.” 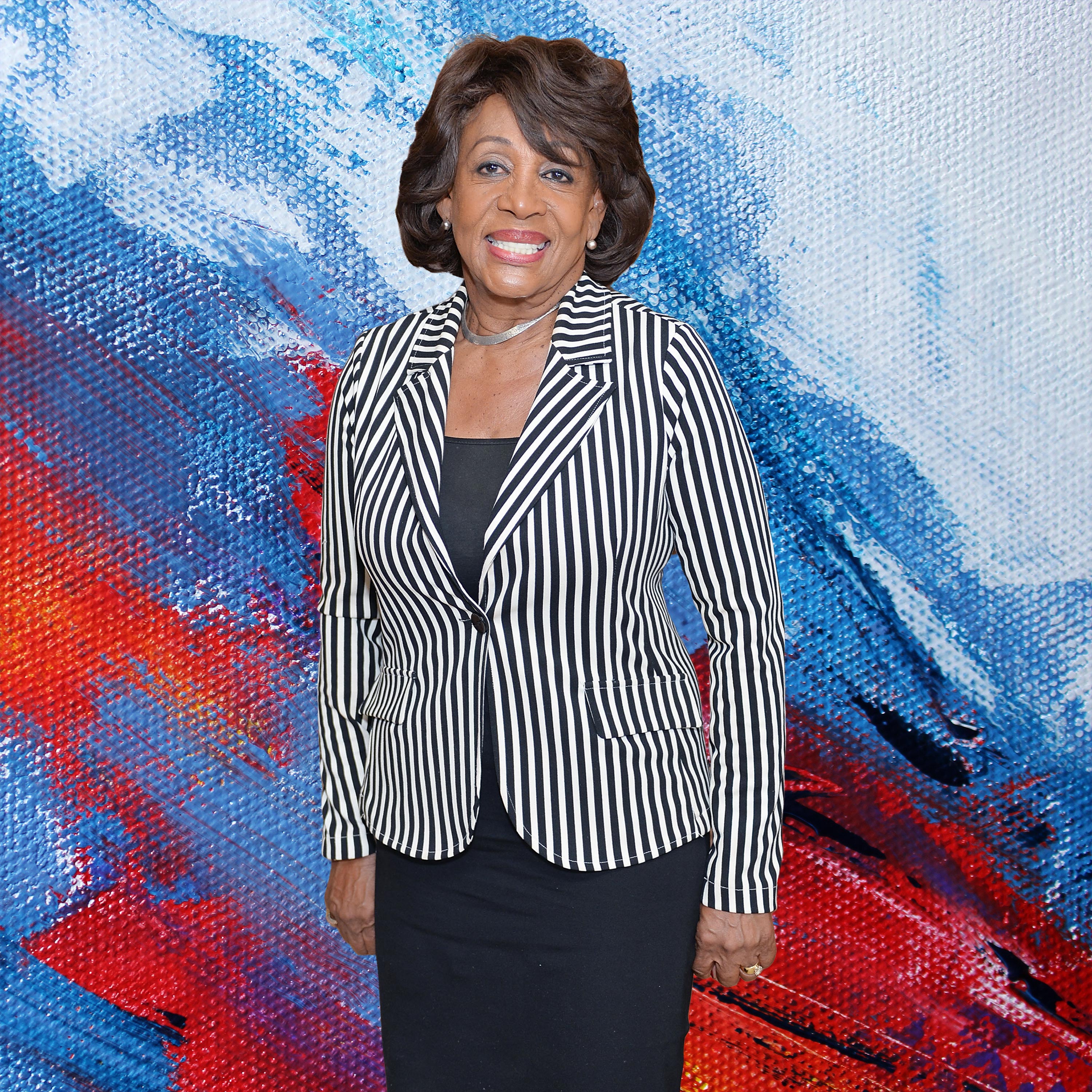 Congresswoman Waters will bring her powerful message of inspiration, strength and forward progress to the Empowerment stage at ESSENCE Fest this year, where she hopes to encourage Black women to continue leading the charge for change.

“My message is going to be one of encouraging people to get involved,” she says of her upcoming ESSENCE Festival keynote address. “It’ll also aim to inspire people, give people hope and talk about what roles we can play in helping to ensure that we have the kind of representation that really speaks to what we need to do to make sure we have a strong democracy. I’ll also talk about women’s role in all of this and how we can, and we should, provide leadership. Not only that but, asking people to make a commitment to show up and to go and see their elected officials and organize in their communities. Get involved in a lot of open mic events where people can just vent about what’s on their minds with their elected officials in the room…all of that. I’m just going to try to inspire and encourage.”

Be sure to download the official ESSENCE Fest app for more details on Congresswoman Maxine Waters’ upcoming appearance at the 2017 ESSENCE Festival!