The 2017 Essence Festival got off to an amazing start as Master P and his Team Hope NOLA Foundation partnered with ESSENCE and Walmart to beautify the local Guste Senior Residences in New Orleans on Thursday morning as the first part of the ESSENCE Day of Service.

Together with over 50 volunteers and his Team Hope NOLA partner/New Orleans Pelicans coach Robert Pack, Master P gave the facility a mini makeover that included painting, landscaping and serving meals to the Guste residents. Addressing the residents briefly as they enjoyed breakfast, P was humbled to be able to express his gratitude for some of the many community members whom he says played an integral role in his success.

“I just want to tell everybody here, I’m so excited,” he told the crowd. “A lot of the people here helped raise me. These are the people that watched over us and looked over us. I couldn’t be here where I’m at today without you guys.” 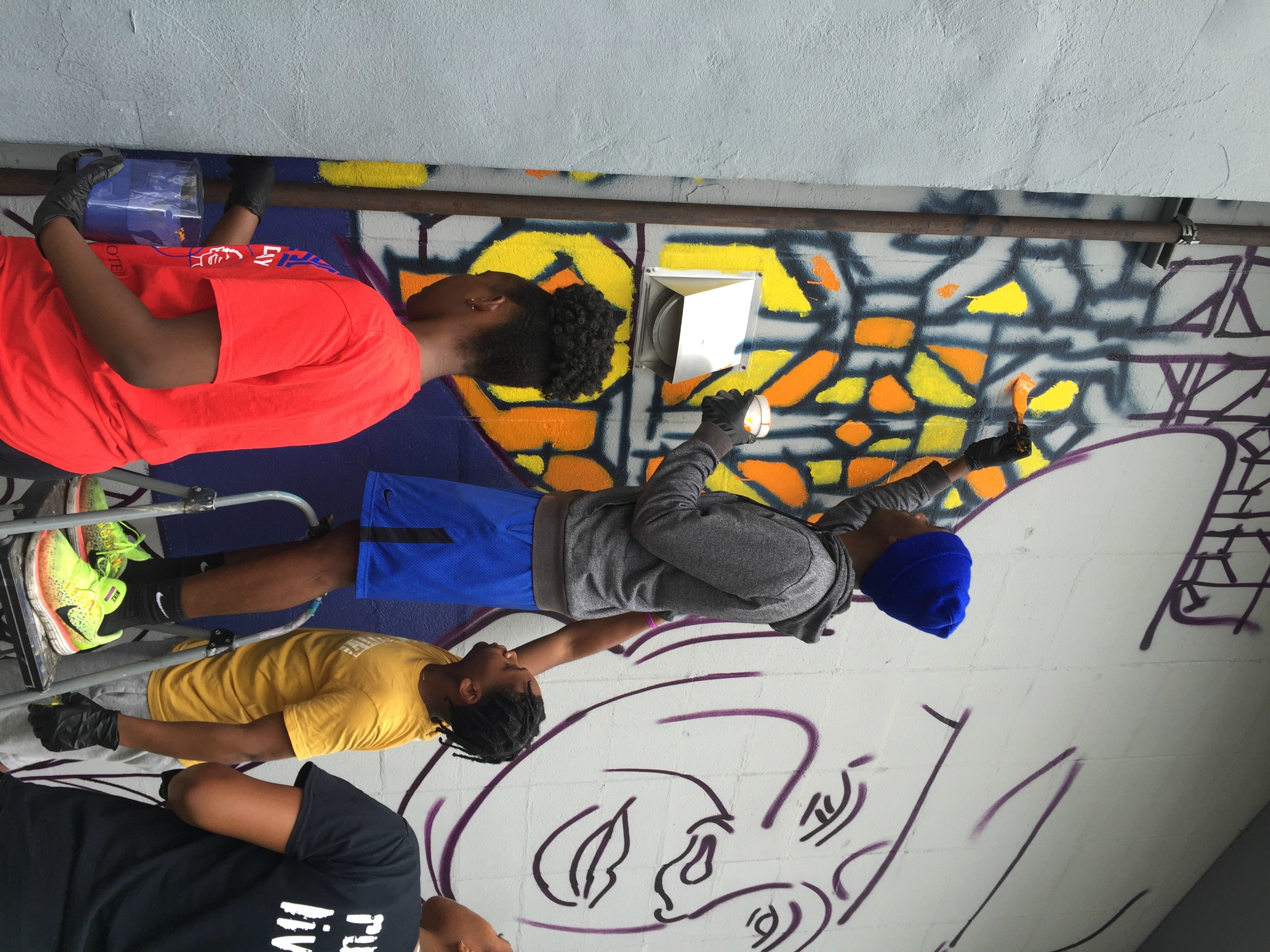 While P aimed to show the local elderly community his appreciation with this particular event, the overall Team HOPE NOLA mission of engaging local youth was also not lost. Among the volunteers present were a group of young people who took to the outside of the Guste Homes building to help complete a beautiful mural, while others focused their efforts on laying mulch and serving food to the residents.

Miss Black Louisiana U.S. Ambassador LeighAnna Kingvalsky says she was glad to be a part of the day to get involved in giving back to her hometown. 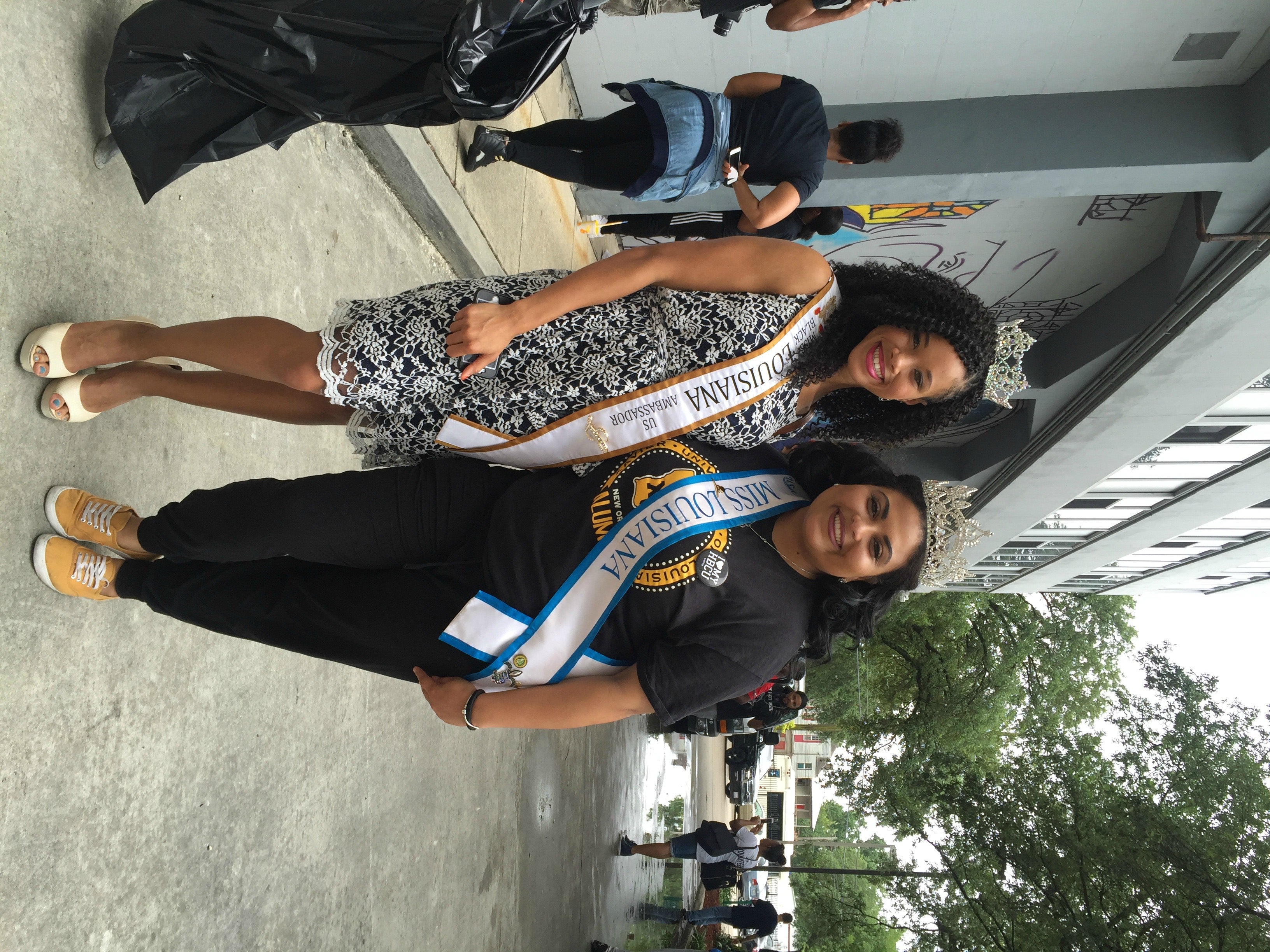 “It was so important for me to be here for the Day Of Service today because, what better way to reach out to the community than during ESSENCE Festival weekend,” she told ESSENCE. We have so many people from out of town out here today and we’re just looking forward to really giving back to home.”

“I don’t even know where to begin. I think that the Team HOPE NOLA mission aligns so well with my own platform, which is to promote success through leadership, integrity, character and confidence. I always love to give back to my hometown in New Orleans so, that’s what I came here to do today.” 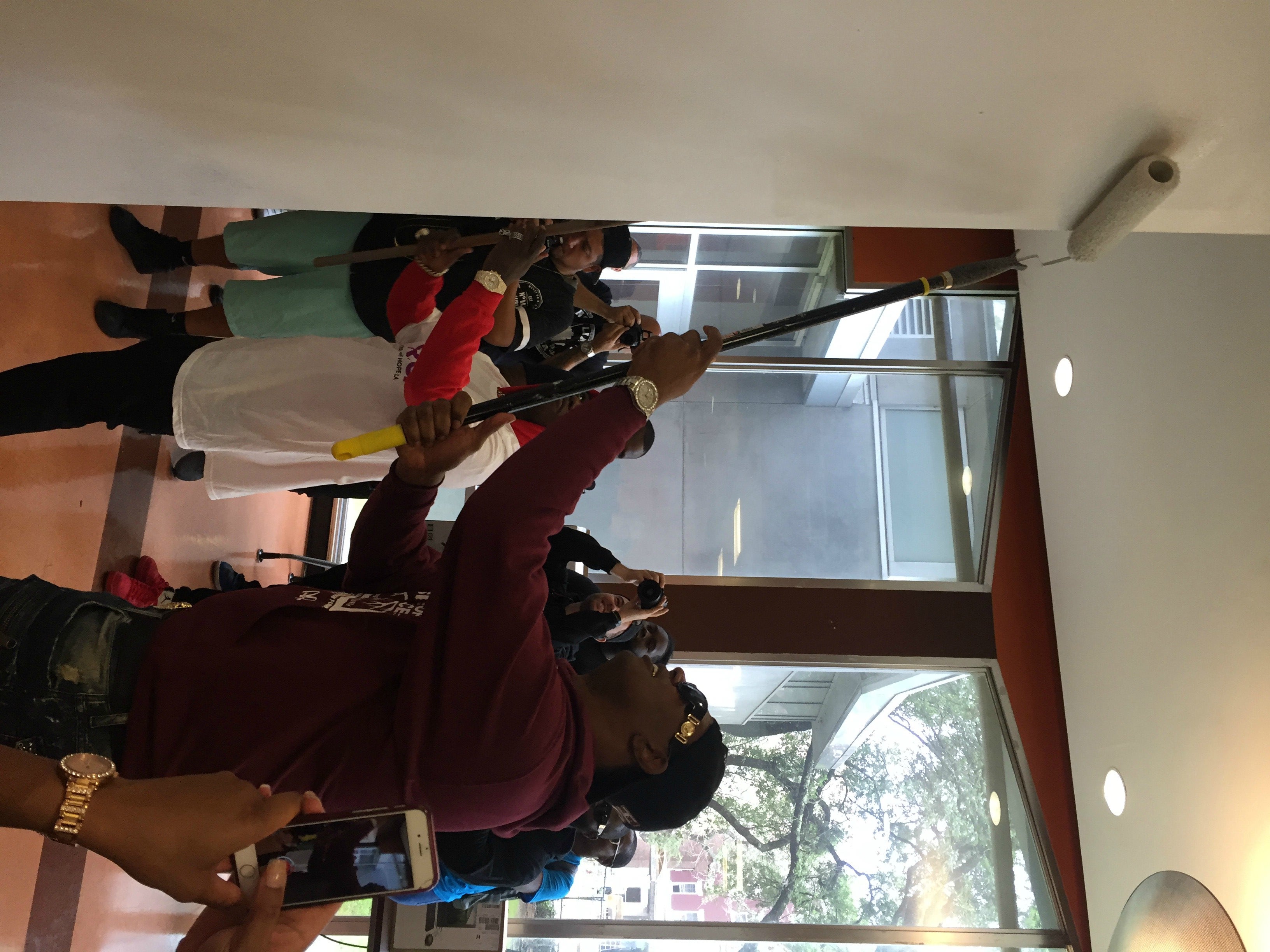 After getting to work himself to help with some of the indoor painting efforts, Master P ushered the Guste Home residents and other attendees inside for a special surprise, where he revealed that he had teamed up with Walmart to gift the facility with a new flatscreen TV, laptops, chairs, tables and a sofa — all for their community room.

“We’re so happy to be here to hopefully make a difference,” Walmart Senior Corporate Manager Titlayo Ogunmakinwa said. “Our main goal is to leave this place different than when we came.”

Guste Homes CEO Cynthia Wiggins summed up the morning best with her words of gratitude for Master P.

The ESSENCE Day of Service will conclude with the first-ever ESSENCE Festival Celebrity Basketball Game on the Xavier University campus at 4pm. Hosted by Master P and Team Hope NOLA, the game will included a star-studded line up of players including Trey Songz, Terrence J, Romeo Miller and more.

Be sure to check out ESSENCE.com all weekend long to stay up on the latest happenings at the 2017 ESSENCE Festival!