The Internet age has given an array of brilliant minds the opportunity leverage their influence to inspire change with the click of a button. For women like 2017 ESSENCE Festival speaker, author, and teacher Luvvie Ajayi, social media has been a place to offer valuable insight on some of the many issues facing today’s generation — more specifically, young women and women of color.

We caught up with Luvvie following her recent curation for the Black Enterprise Women of Power Summit to chat about partnering with AT&T to bring her vision for the curation to life, the upcoming Shonda Rhimes-produced television series based on her New York Times best-seller, I’m Judging You: The Do-Better Manual and her upcoming appearance at ESSENCE Fest this July.

A 10+ year veteran in the digital and social media space, Luvvie is certainly no stranger to addressing hard-hitting topics in the company of her peers, so she felt right at home partnering with AT&T to assemble 20 of the media industry’s most prominent women of color for an unforgettable evening of empowering exchanges. 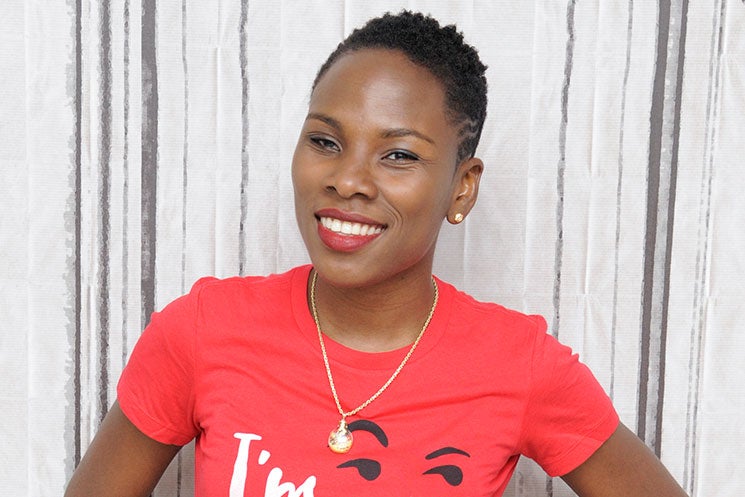 “I partnered with AT&T for a curated dinner called, “A Seat At Luvvie’s Table,” during the Black Enterprise Women of Power Summit and that ended up being…Oh my gosh, it was incredible,” Luvvie tells ESSENCE. “It was a table of 20 awesome women who were hand-picked to be invited to create a space where we could talk about sisterhood. AT&T is all about strong connections and I think Black women have the strongest connections in the world so, it was just an amazing evening.”

When she’s not busy with speaking engagements or her latest ventures, the Nigeria-born Chicago native is dropping written gems on her Awesomely Luvvie and Awesomely Techie blogsites. Among the many topics addressed on the popular sites, Luvvie often offers keen advice on things like the importance effective communication in and outside of the digital space and the correct approach to seeking mentorship.

“There’s one particular piece that I wrote on Awesomely Techie about how to find a mentor. People think you can find a mentor by walking up to somebody and saying, ‘Hey, be my mentor,’  or by sending an e-mail to someone you’ve never e-mailed before and saying, ‘Hey, I want you to mentor me.’ But, mentorship really happens in rooms that you’re actually in,” she continues. “So, even being at that dinner with was a form of mentorship for me. I invited Nina Shaw, who is an attorney for all of Black Hollywood’s top people; Debra Chase, who gave Shonda Rhimes her first internship. I left there feeling like, “Ok, now I have 4 or 5 new mentors.” And, that was the point I was trying to make. You don’t just cold call somebody and say, ‘Be my mentor;’ you end up in the same room with them and let them know you have mutual respect and form a relationship so they’re like, “Here’s my number, let’s stay in contact.” 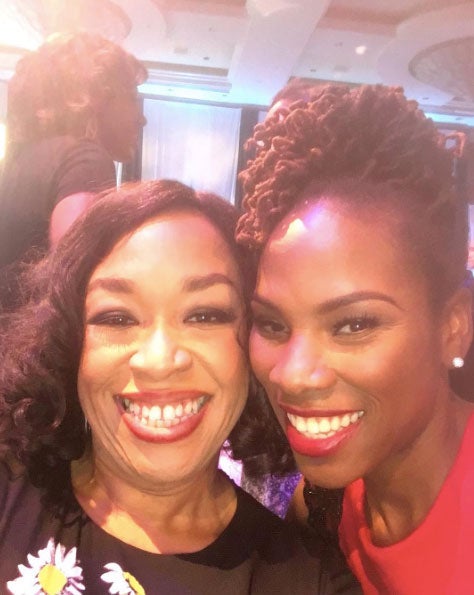 Luvvie and the genius mind behind our favorite Thursday night shows look wonderful!

Speaking of Shonda Rhimes –aka the reigning queen of ABC primetime television–Luvvie recently shared the exciting news that she’ll be working with Shonda to turn her first book, I’m Judging You: The Do-Better Manual, into a television series. While she couldn’t give away too many details about the series just yet, she does already have a clear vision of what she hopes to bring to the small screen with the project.

“Just the stories and the things that people can relate to” Luvvie says. “I want to create a TV show that people will watch and say ‘Hey, I have a favorite character,’ or ‘Hey, that person reminds me of myself,’ or  ‘Hey, I’ve made some of those same mistakes or those are some of the things I’ve dealt with.’ And I’ve written about a lot of situations like that in my book.”

This July, Luvvie join over a dozen of today’s most powerful voices as a speaker at the 2017 ESSENCE Fest for the first time. For her, it will be a much-needed exercise in healing, self-care and true sisterhood

“I’m just excited to be at a conference that is for Black women, attended by Black women and curated by Black women,” she says. “I think being surrounded by Black women who are committed to ensuring that you have everything you need–that is self-care, especially in this world. And that’s also why that dinner was so healing because, we’re living in a world that doesn’t confirm the power of Black women.”

Above all else, Luvvie’s advice to other women like her is to embrace your purpose and feel confident in what you know you were destined to do.

“Just really standing in the gift and acknowledging it,” she concludes. “I don’t think women are encouraged to recognize their badassness and sometimes, we doubt ourselves to a fault. It took me a while to affirm the fact that I’m actually a really good writer. I couldn’t even call myself a writer with a straight face because I didn’t take my gift seriously. It’s not you being arrogant, it’s just you stating the facts. The moment I was able to acknowledge that and say that, I was able to do the best job I could.”

Be sure to grab your tickets to hear Luvvie speak truth to power, along with a host of today’s most influential and iconic voices, at the 2017 ESSENCE Festival in New Orleans this July.