Today’s eclectic music scene is filled with an array of artists looking to figure out where or how they fit in, but songstress Ari Lennox is just the opposite — she was born to standout.

ESSENCE Festival 2017 ticket packages are on sale now! For more info about tickets, accommodations and the latest news, visit our Festival page here

Her easy-going demeanor and unique sound give her a somewhat unfamiliar, but entirely refreshing, edge in the midst of her peers, while her music boasts an air of authenticity, boldness and unapologetic, filter-free feminism.

We caught up with Ari during a recent visit to NYC and she had plenty to say about her upcoming performance at the 2017 ESSENCE Festival, her journey thus far in the music industry, working with J.Cole and why she’s slightly hesitant to embrace the title of Dreamville’s “First Lady.”

While certainly grateful for where her path has led her today, Ari says her journey to get there was no walk in the park. Sharing a similar story to that of many artists determined to reach stardom at first, the singer says it didn’t take long to snap herself out of the quest for fame when things got worse than she’d anticipated.

“Man it was hell,” Ari tells ESSENCE. “I had multiple situations that were just horrible. I mean, I don’t know, I was just so eager to be signed. I went to California a couple of times trying to be “famous” and wound up homeless for a couple of days and then I was just like, ‘Girl, bye, stop being dramatic. You have a family on the east coast; take yo ass back to the east coast.'”

From there, it was back to the grind — and to YouTube. Although the massive video platform admittedly gave Ari her first taste of success as an artist, she was mindful of not letting her presence there eclipse her ultimate goal. Rejecting the idea of becoming known as a “cover artist,” she linked up with her manager Justin in 2012 and hit the ground running in NYC.

“I started gravitating towards Soundcloud. So, that was my hustle and then I met my manager Justin in 2012 and we were just grinding it out in New York.  Thank God, though, for all of that because it definitely helped prepare me for this.” 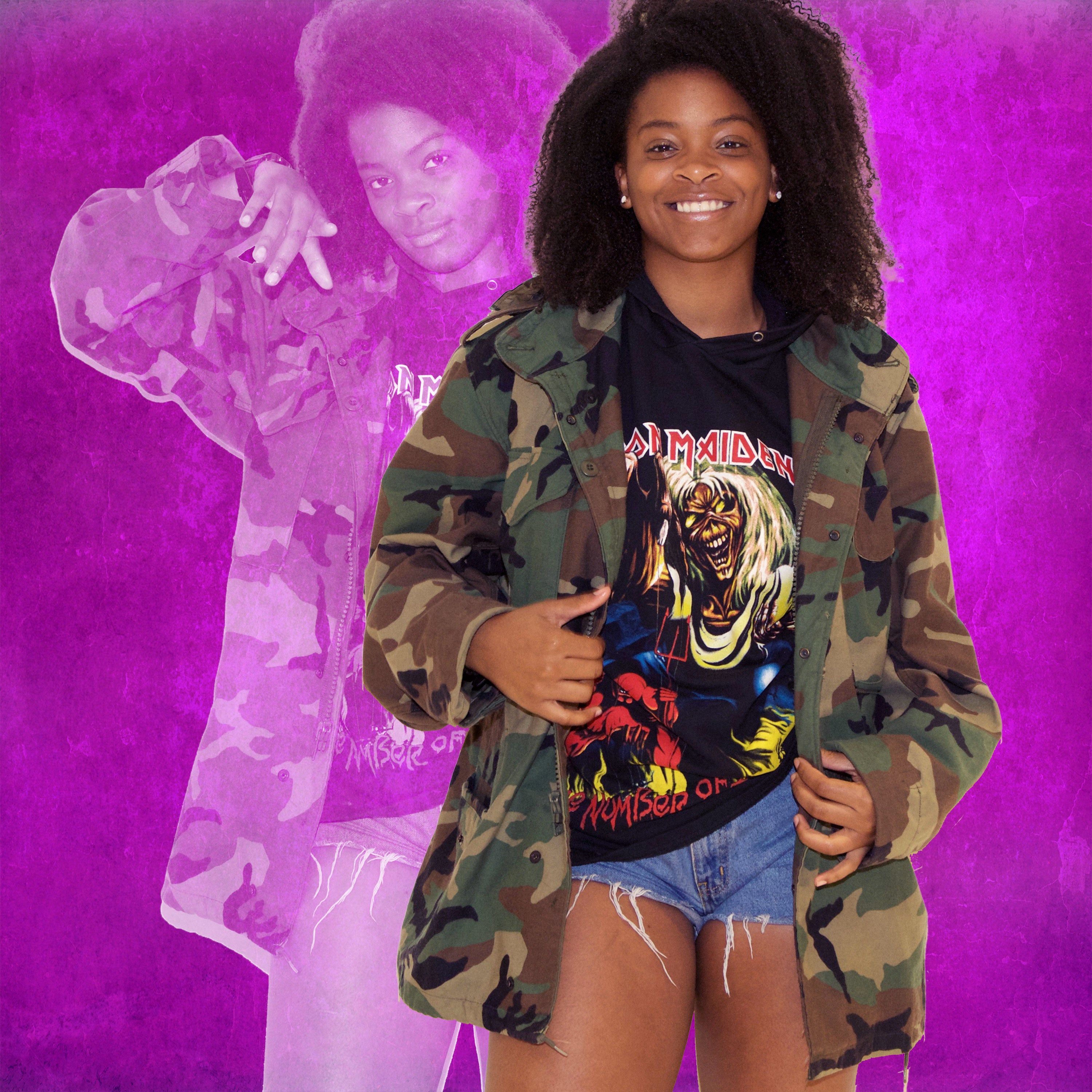 News of Ari joining J.Cole’s Dreamville label in 2015 sent fans into an instant frenzy, as the Dreamville fanbase had long been anticipating the addition of a female artist to the growing conglomerate. But Ari says she’s not quite sure the “First Lady of Dreamville” title fits her.

“It was just completely natural. So natural to the point where when people are like “First Lady,” it still feels weird to me,” she says. “I don’t really claim it. I kind of feel like I’m a little sister. Everyone was super hands-on with the project and big brother-ish and always guiding me and really just embracing me, as I am, and encouraging me to be comfortable with myself.”

Having sadly lost a brother just a few years ago, Ari says the warm welcome from the Dreamville team was right on time.

“It felt really cool because I lost an older brother in 2012, so, to come into that and have that vibe with all the guys….it felt like it was God bringing all of these new brothers into my life so,” Ari added. “It was really dope.”

Although she’s a fresh voice on the airwaves to some, Ari’s certainly no stranger to the music scene and her well-received 2016 EP PHO is living proof. Speaking on the creative process for putting the project together, she says it was less complicated than one might think.

“It was just as simple as me recording on a producer USB mic,” Ari tells ESSENCE. “It was like a $100 set up with a laptop. I came across this guy named DJ Grumble and I just really liked his beats because they were different. I felt like they spoke to me. There are a lot of producers that do all different types of beats but, every time I would try to write to them, it just seemed forced. With Grumble, his beats are just so soulful so, it just felt so natural. So, that’s how “Cold Outside” happened, which was actually like years before PHO came out. And then later, I just kept writing to his stuff.”

Like every other woman in and outside of music, Ari also knows a thing or two about the ups and downs of being in love. So when it came time to put a collective title on the music she created for her EP, she didn’t have to look too far for inspiration.

“I mean, I just had an ex who just introduced me to a lot of different things. From cartoons like Adventure Time, to fashion, to Vietnamese food. And that’s basically where it came from, because he would always take me to this Vietnamese spot called Pho Real in Charlotte. So, I just named it according to what all of my songs were about, which was him,” she revealed. “Plus, I wanted something cute and simple.” 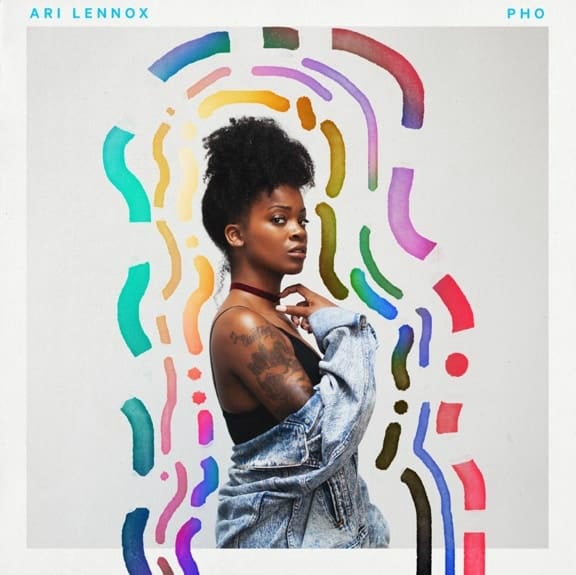 When it came time to work on PHO, Ari was pleasantly surprised by the hands-on approach from Cole himself and the genuine nature of Dreamville President Ibrahim “IB” Hamad.

“In the beginning, when I was working with IB and the Dreamville team, I would talk about wanting to make these pop records,”she says. “When I first started speaking on it, IB told me, ‘Be careful how you say that. Just make sure you’re making records from your heart and then if it happens to blow up, those are the best records. And you’ll be proud of that.’ Those words were so helpful for me to hear and to meditate on. So, I think it’s so dope that they embrace real music. Soul, R&B and real Hip Hop.”

Working with the team has also been a one-of-a-kind experience for the songstress that she describes as unlike any other she’s had before.

“IB helped with the track listing. He’s so hands on and very passionate,” she said.  “Cole is really awesome because he makes sure the world sees how hard the whole team works and how much of a huge role they play in the success of Dreamville and him. For my EP, Cole was the one who fought for “La, La, La,” which is something that IB wasn’t too sure about. But Cole like was like, ‘Nah, this is completely different. She’s really singing on this.’  So, it was really cool that Cole actually cared about that aspect and making sure that was highlighted. And then eventually IB fell in love with the song so, it all worked out. Cole also fought for “Backwood.” I initially wasn’t too excited about it, but then I thought, since Cole liked it and he’s the one changing my life [laughs], lets just put it on there. Of course, I love it now.”

“And then we had Ced [Cedric Brown] and he was just always there behind the scenes, just encouraging me. Ced is one of the producers/sound engineers and stage managers for Dreamville.  Same with [Dreamville artist] Omen, of course, he’s the one reason for all of this. I’m just happy about all the different elements that went into putting the EP together. I’m beyond in love with everything that’s on PHO as a whole.”

Today, Ari is hard at work preparing for her upcoming performance at the 2017 ESSENCE Festival, where she’ll share the mainstage with music icons like Mary J. Blige, Chaka Khan, Jill Scott, Monica and Jazmine Sullivan. In addition to grinding in the studio with her Dreamville labelmates (fans will be excited to know there’s a particular completed record with Bas that may or may not be out sometime soon), Ari says she and her team have been working nonstop to take things to the next level for the performance. From the sounds of things, fans are in for a treat when she hits the stage this July in New Orleans. 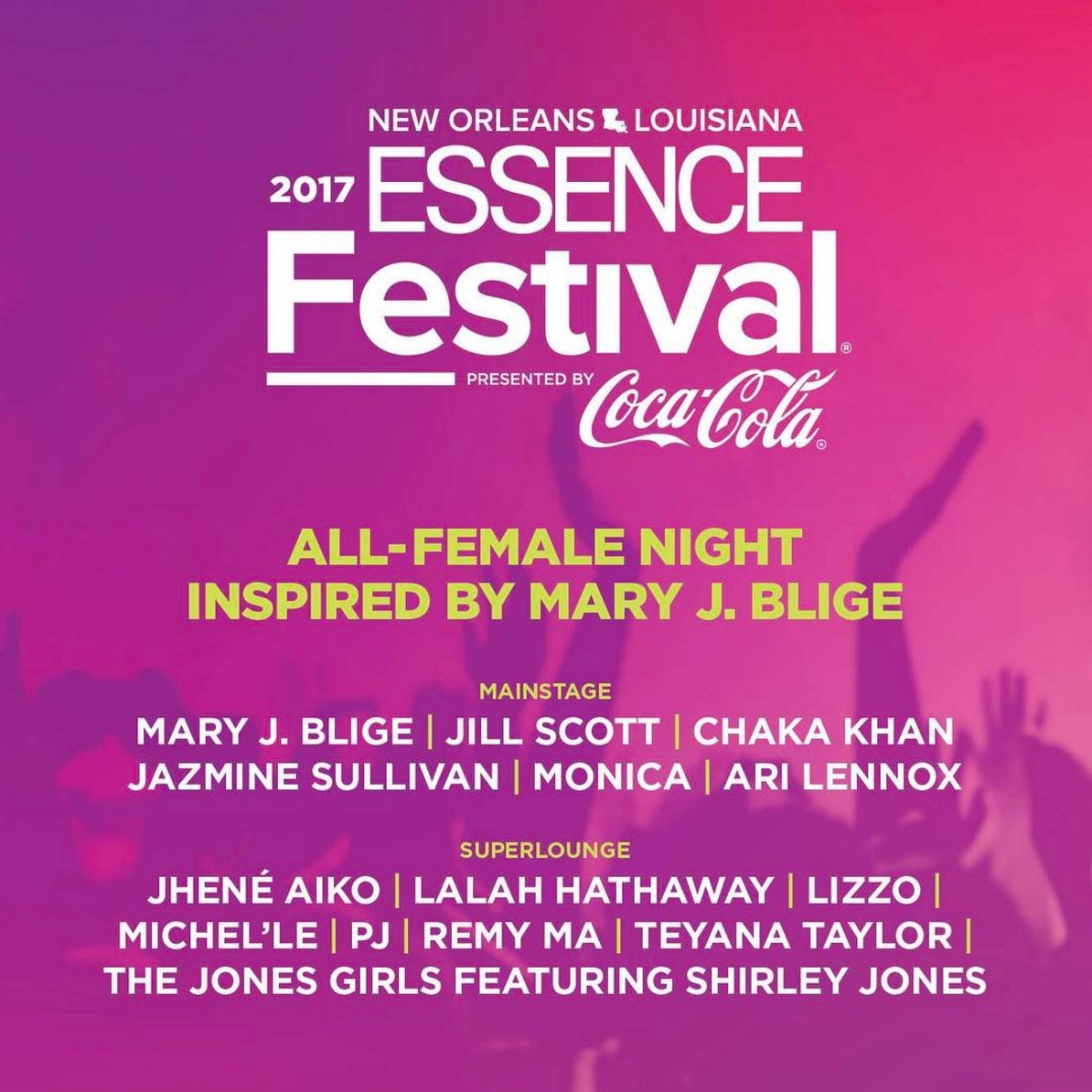 “I’m hoping to bring some raunchy, risky, soulful frankness to the stage, really,” she says. “I feel honored and I feel like it would be disrespectful to not be working hard every day to prepare for this. This is, so far, the biggest opportunity I’ve ever had. Sharing the same stage as Chaka Khan and Jazmine Sullivan and Mary J. Blige like, I’m just freaking dying, actually!” —

Grab your tickets now to see Ari Lennox light up the 2017 ESSENCE Festival stage along with the some of the biggest names in music this July in New Orleans!