On February 16, The Grammys and CBS aired their All-Star Tribute to music legend, and ESSENCE Fest Alum, Stevie Wonder.  The biggest and brightest stars from today and yesterday sang their versions of Wonder’s most beloved compositions to honor all that he has done for music, love, civil rights and the culture since the age of 14.

The two-hour Songs in the Key of Life—An All Star Salute tribute was emotional, uplifting and full of love.  After an evening of back-to-back renditions, even including Stevie’s muse for Isn’t She Lovely, his daughter Aisha, Wonder took the stage to remind songwriters and singers to “write about love.”

For those of you that missed the special, we gathered the top moments from our own #EssenceFest alums.

Beyoncé, fresh off of her 20th Grammy win, opened up the show with a show-stopping rendition of a young Stevie Wonder’s first Motown hit, Fingertips.  Soon after, the UK’s latest soul sensation, Ed Sheeran joined Bey to perform Master Blaster, before master guitarist Gary Clark Jr. rocked out with the duo to Wonder’s, Higher Ground.  The glorious nine-minute performance had the audience on their feet and set the tone for the rest of the inspiring night.

Ne-Yo performed Wonder’s father-daughter sonnet, Isn’t She Lovely, with Stevie’s muse for the song, Aisha.  The two walked over to Wonder and serenaded him in front of the crowd.  Aisha is certainly her father’s daughter because her voice is beautiful without much effort at all.

John Legend moved the audience with his rendition of Stevie’s I Believe (When I Fall In Love It Will Be Forever), playing almost as beautifully as Wonder himself. Jennifer Hudson used her powerful vocals to pay tribute to Wonder in her own rendition of All Is Fair In Love. 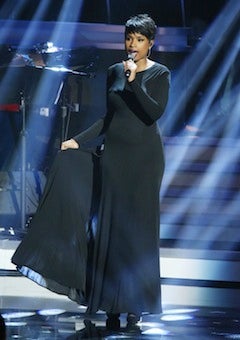 Jennifer Hudson performs Stevie Wonder's "All is Fair in Love."

Babyface teamed up with Ariana Grande to perform an acoustic, smooth version of Signed, Sealed, Delivered, I’m Yours.  She may be petite, but Grande’s vocals are slowly but surely turning her into one of the most powerful voices of today.

Finally, ESSENCE’s Black Women in Music 2015 honoree shut down the tribute with India.Arie and Janelle Monae.  The R&B trio sang As or as Jill called it, “the greatest love song ever written,” which brought Stevie and the crowd to their feet with roaring applause. 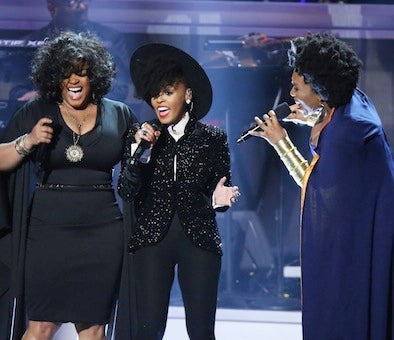 The entire night was magical, to say the least.  Wonder closed the evening with a moving speech, encouraging new artists to use their voices to inspire love throughout the world.

What was your favorite part of the tribute?  Let us know on Twitter, @EssenceFest.