Last year, Eric Roberson made his ESSENCE Fest debut.  His energetic and soul-filled performance kept our attendees happy and ready for more. So, this year, we had to have him back on our Superlounge stage.  With his new album, The Box, in stores now, the New Jersey native has been working overtime to make sure all of his fans know his new music before he hits the stage with us at ESSENCE Fest 2015.

Still, we wanted to gather a few more things you should know about Roberson before you meet us in New Orleans, this July. Check it out.

1.  He and his wife Shawn have been married for five years.  The two met at Howard University and the college sweethearts have been in each other’s lives ever since.  Their love story is so inspiring that we decided to feature them in our February 2014 Love edition of ESSENCE Magazine. 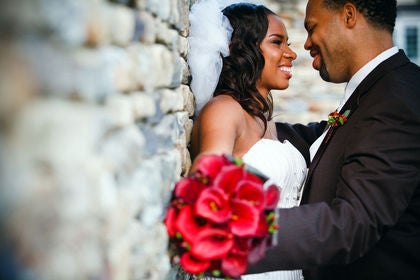 2.  Eric is a proponent of the “Honest Music Movement.” In an interview with YouKnowIGotSoul, he explained, “To me, honest music is approaching where you are at honestly at that time and not getting so caught up in genres, routines or perceptions or assumptions. To me, if you feel a certain direction and you give your heart and soul into it creatively, it’s going to work.”

3.  Eric is the proud father of two small, extremely adorable young men.  Their names are Ryder and Rock and according to this Instagram post, they are fans of #dressinglikedaddy.

4.  Though his music is often classified by neo-soul, Eric tries to stay away from labels.  On his personal website (which you can visit to find out more about our festival fave), his biography reads, “His music is influenced by elements of music styles varying from Soul, Rhythm & Blues, House, Hip-Hop, Jazz, Rock and more, inhibiting him from being confined or limited to any one genre of music. His music is personal, poetic, positive and progressive.”

5.  He’s written for and worked with of your favorite artists.  Eric Roberson is an accomplished singer/songwriter whose work has brought him success in front of and behind the mic.  He’s worked with Jill Scott, Musiq Soulchild, DJ Jazzy Jeff, Osulande, Carl Thomas, Vivian Green, 112, Will Smith and many more.  The man, as we all know from his first performance at ESSENCE Fest 2014, is extremely talented and widely known for his relatable storytelling skills.

Don’t miss Eric Roberson or any of our great performers.  Buy your tickets to ESSENCE Fest 2015, today.  Single Night Tickets are available now.