Let’s back up a bit. 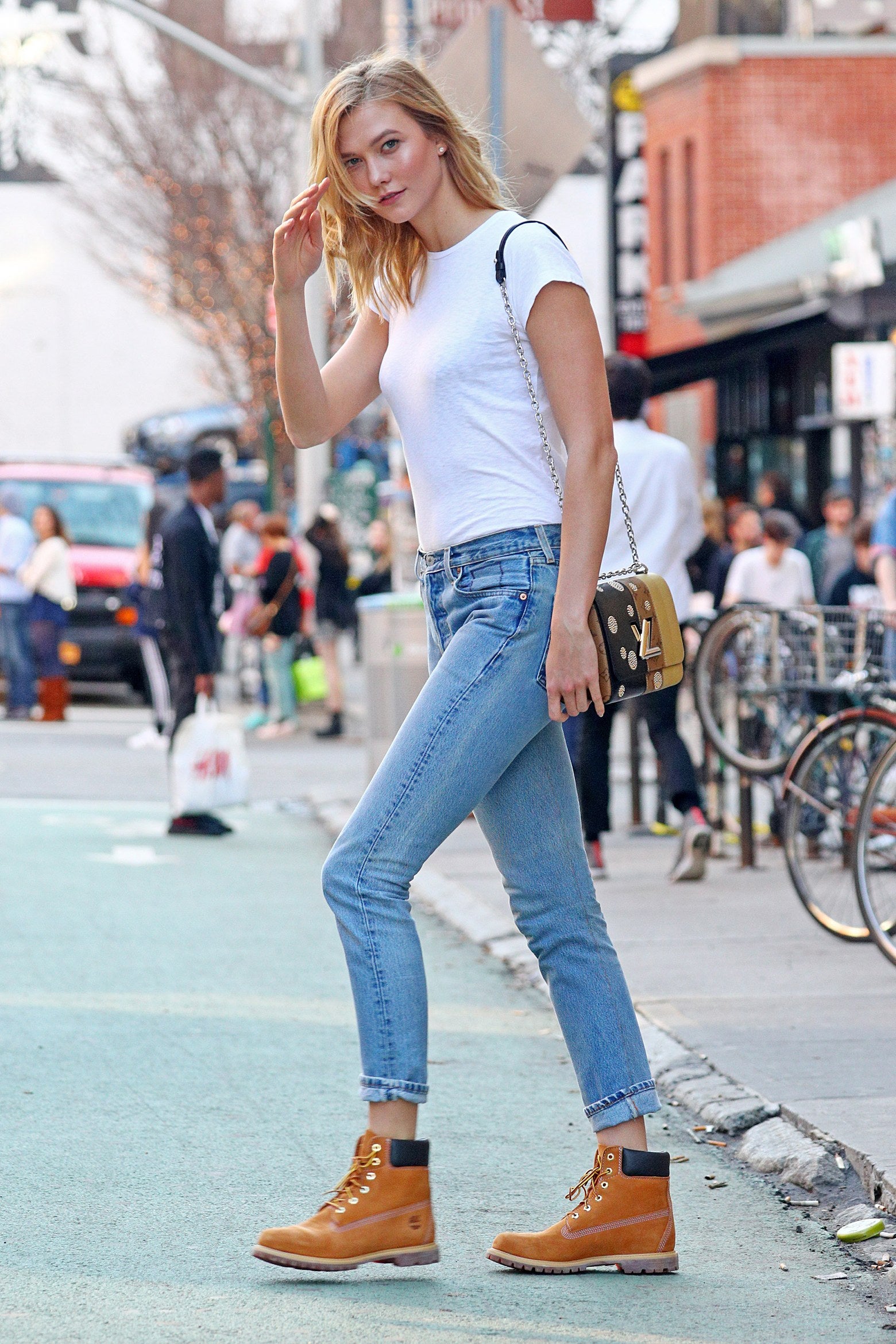 We all know that Vogue is an authority on fashion so it’s surprising that this little fact was overlooked, but the truth is the ankle length Timberland boot during springtime (or any other season really) in New York City is a staple. A better word for Karlie’s look would be something more like, “classic” or “tried-and-true.”

You see, what Karlie has put together here is working so well because it’s already a uniform of sorts. If one were to ride past any high school in New York City, they’d likely be inundated with young men and women who have on essentially the same exact outfit as Kloss. How did they catch on so quickly you ask? Maybe the better question is where was Karlie when she picked up on this very effective look perfected by young, stylish New Yorkers.

Often times, the men and women who have a strong allegiance to Timberland boots are even lightly joked about. There are countless memes poking fun at the die-hard love that New Yorkers have for Timberland boots, so it’s funny that we’re only celebrating this look now that Karlie is giving the “down-home boots” her “all-American” spin.

We thought the idea of anything regarding Timberlands being new was squashed when Elle came under fire for heralding this the era of the Timberland 20 years after the hip-hop community made them a major fashion statement, but clearly this isn’t the case.

As a rule of thumb, it’s best to remember that when it comes to Timberlands there are very few looks that haven’t been done already.