The Academy Awards are the biggest and best red carpet of the year. It’s the moment that all our favorite starlets show up…and show out in breathtaking looks that will hopefully land on everyone’s Best-Dressed lists. Well, there’s one actress that hit the Oscars carpet Sunday night in an ensemble that will do just that.

Tiffany Haddish, comedian and breakout star of the movie “Girls Trip,” wowed everyone when she stepped out in an head-to-toe authentic Eritrean princess ensemble. 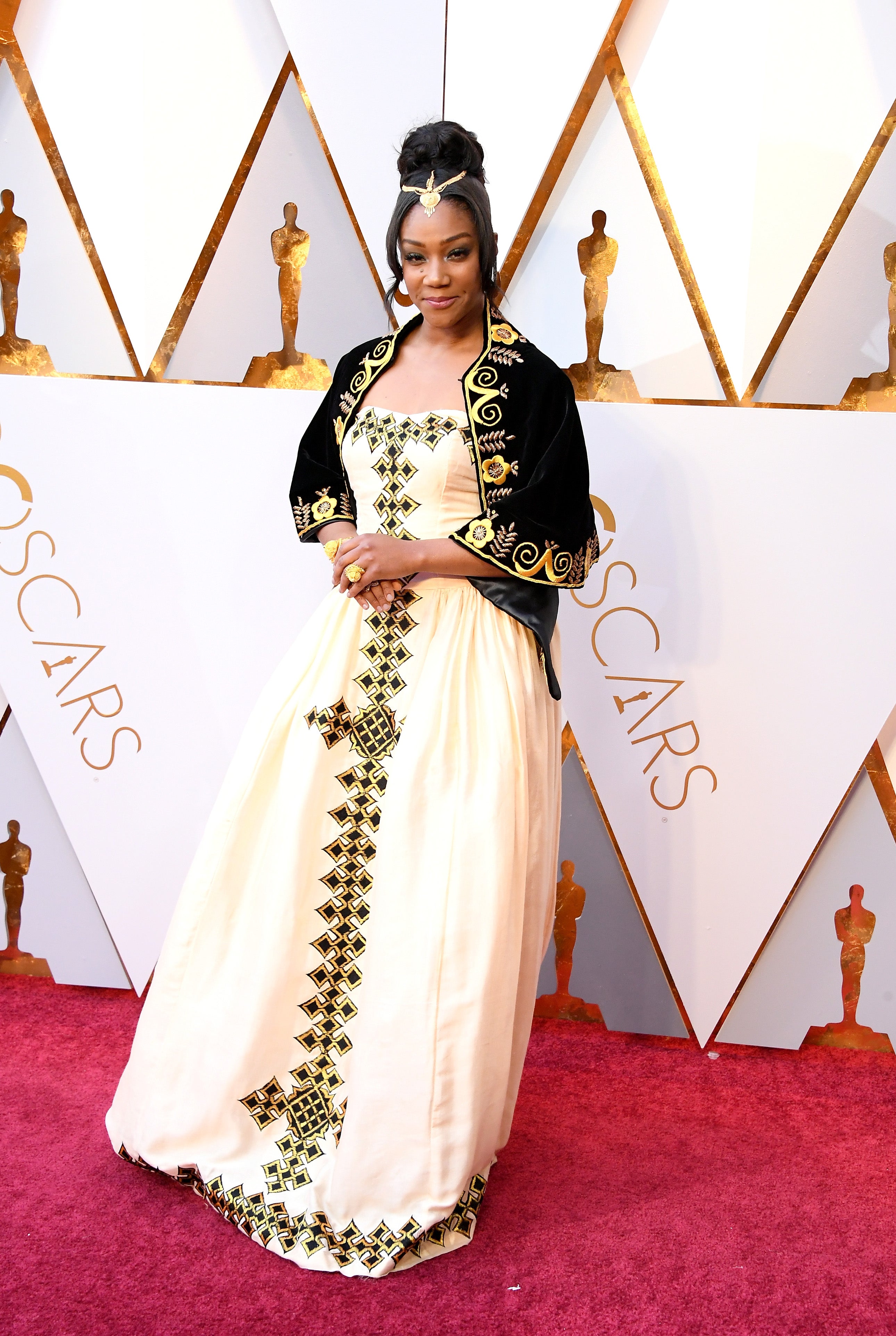 Tiffany Haddish came to show out at the 90th Annual Academy Awards.

Haddish recently visited the African country of Eritrea and was clearly moved by the beauty of her people, the country and their exquisite style. And she had this to say to ABC’s Michael Strahan about the reason she wore the look to her first trip to the Oscars:

“My father is from Eritrea and he passed away last year and he said one day I would end up here and if I ever end up at the Oscars to honor my people. So I’m honoring my fellow Eritreans.”

What an amazing story, woman and moment!