By Faith Cummings · Updated December 6, 2020
Serayah’s star is shining pretty bright now. The Empire actress just released her new single “Driving Me” with Jazze Pha, the fourth season of Empire returns next month, and with NYFW on the horizon, we know she’s already getting ready to attend a slew of shows. In short: the beauty is busy and booked. She also has a jampacked schedule that takes her to a slew of events all around the country, just to bless parties with her presence. She was on hand for Lucky’s City Jam in Chicago during the 2017 Lollapalooza Festival. And the star wasn’t holding back how good her life was. Dressed in a pink baseball cap and crop overalls with silver pointed-toe boots, the down-to-earth entertainer with mega watt talent even got a shoutout from Brandy as the legendary singer crooned onstage during the night’s musical performance. Serayah opened up about Empire’s fourth season, representation and diversity in entertainment, her love for Girls’ Trip, and more. ESSENCE: You’re super busy, especially with Empire returning next month. Everyone is so excited about the new season. How are you feeling going into it? Serayah: It feels crazy and time has just flown by. To be going into the fourth season feels amazing. I feel very comfortable with my character, my career choices, and with the plot lines I’m playing into this year. It’s so exciting. Have you been surprised by the show’s success? I was really surprised. I didn’t know what it meant for a show to be that successful. I didn’t grasp it all at first because it was so much to comprehend. It’s so cool though because it has impacted the world. When I go on vacation in other countries, people recognize me and that’s unbelievable. It’s always a moment of disbelief. I feel really blessed. You have almost one and a half million followers on Instagram. A platform like that can be really positive, but can also have its negative moments with trolls, haters and the like. What is your approach? I just show my true self. I don’t filter too much because I’m not doing too many wild things. I’m a chill person for the most part and I don’t try to be perfect. My purpose is to spread good energy and love and to be that kind of light for other people. So that’s my mission everywhere, including on social media. I want my fans and other people watching me to get a glimpse into my reality. I also want to make sure I’m substantial. 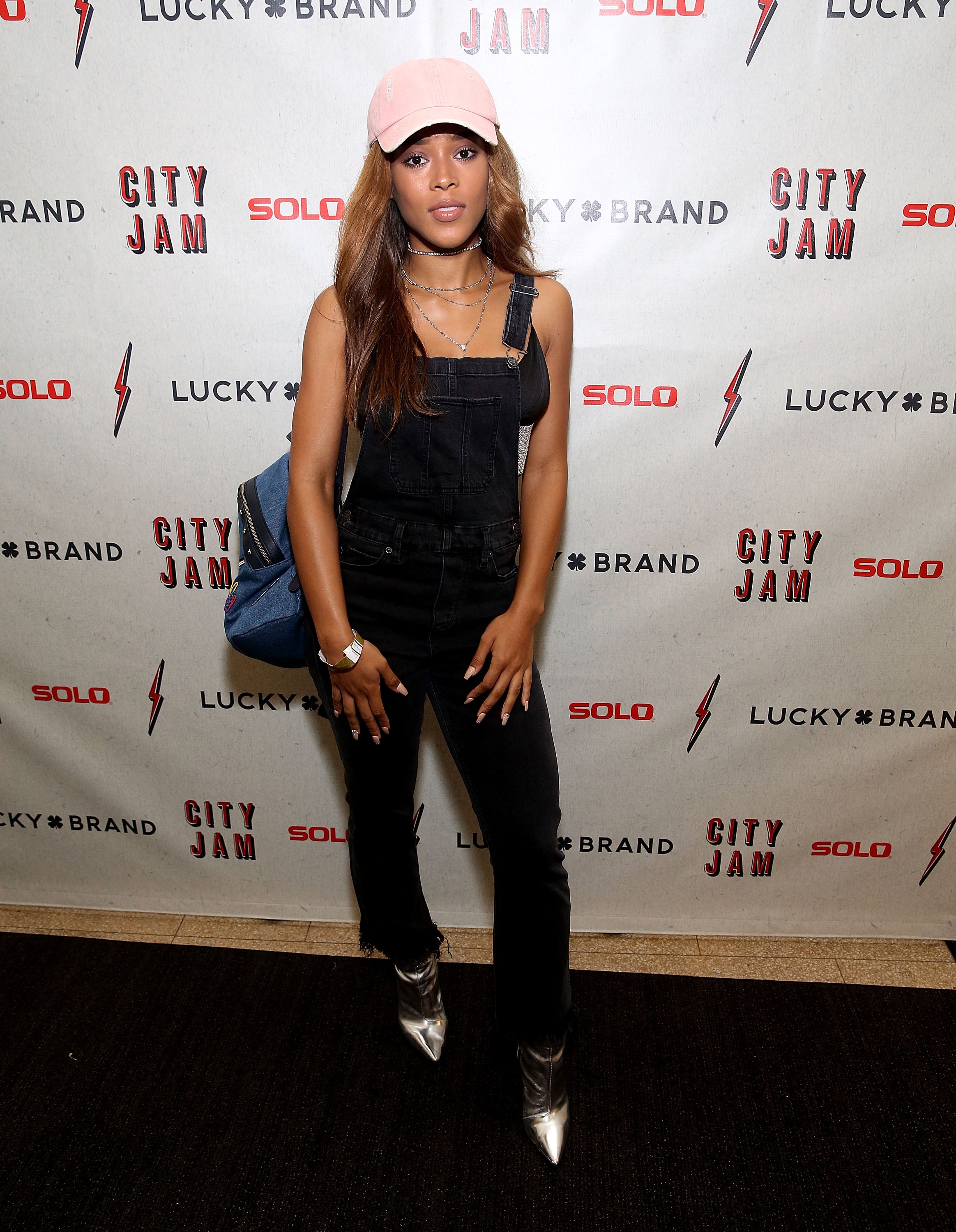 You’re definitely an inspiration for many people. Black girl magic is so important for us and you’ve definitely been a huge proponent for diversity in the industry and representation. What are your thoughts on how entertainment is approving when it comes to inclusivity? With shows like Empire, How To Get Away With Murder, and Insecure, the tide is definitely changing by putting Black women as the leads on television. The time is long overdue. We’ve always had amazing African-American actresses, so it isn’t about fighting anyone or using harsh words. It’s just about taking this recognition and doing something good with it. Our women are definitely doing that: Shonda Rhimes and Sanaa Hamri specifically. Lee Daniels is also pushing the conversation forward by constantly centering black women. I also think of movies like Girls Trip with powerhouses like Queen Latifah and Jada Pinkett-Smith. It was so good and I was so happy for their success. There’s a suppression of our people and it goes far beyond entertainment. I think of how women in everyday workspaces deal with it too. I’m so excited for what’s happening for us and by us right now because it gives me more inspiration as an African-American girl in the U.S. I can write my own show, produce my own projects, and more. It opens those doors to whatever I want to do. And another big thing you’re known for is fashion. We love what you’re wearing right now! And with Fashion Month coming up, we fully expect to see you front row at more than a few shows. What is your approach to style?  Most of it is based on my mood. My stylist and I can pick out something and when I see it on, I’m not sold on it. Sometimes I feel sexy trying things on and then I feel the opposite when I go to wear those looks.   Sometimes I feel bloated and my boobs don’t look great, so I have my moments.  There are times when I want to be a tomboy and others when I want to be sexy and flirtatious. I mainly just put on what I like. What is matching your mood at the moment? I’m really into bra tops and suits right now. When it’s expertly-tailored with a curly fro, you literally cannot beat a suit. How do you keep yourself grounded and centered with everything you have going on? I keep people around for me who want the best for me. My best friend is here with me right now and I’ve known her since seventh grade. They make me feel a lot more relaxed when I’m feeling stressed, tired, and that I cannot do anything more. I also love to read my Bible. I’m not Bible thumping, but the Bible App is real and sometimes you really need it! I also try to keep positive thoughts and rest, though it’s hard. I can’t go out to every party. I have to look good the next day!