The Billboard Awards were on fire Sunday night and the annual event wrapped up the evening with an epic throwback performance from none other than the most iconic female rap group, Salt-N-Pepa. And in true Salt-N-Pepa style, their performance looks were dope.

Pepa opted for all-out vampy with skin tight vinyl pants, corset, a gold chain belt and some dope color blocking throughout. While Salt made a play on proportions, in a very 80s almost B-boy-ish kind of way, pairing vinyl pants with an oversized sweater, Salt managed to keep it Hip Hop and sexy at the same time. And of course DJ Spinderella was there decked out in a mini skirt look to match her band mates.

The combination of edge and feminism was awesome — in a genre that, historically, has not particularly been celebratory of the female voice and or body in a positive way. Salt-N-Pepa broke through those barriers over 20 years ago with their fashion, videos and performances. And last night they did it again with sex appeal, class and plenty of sass. 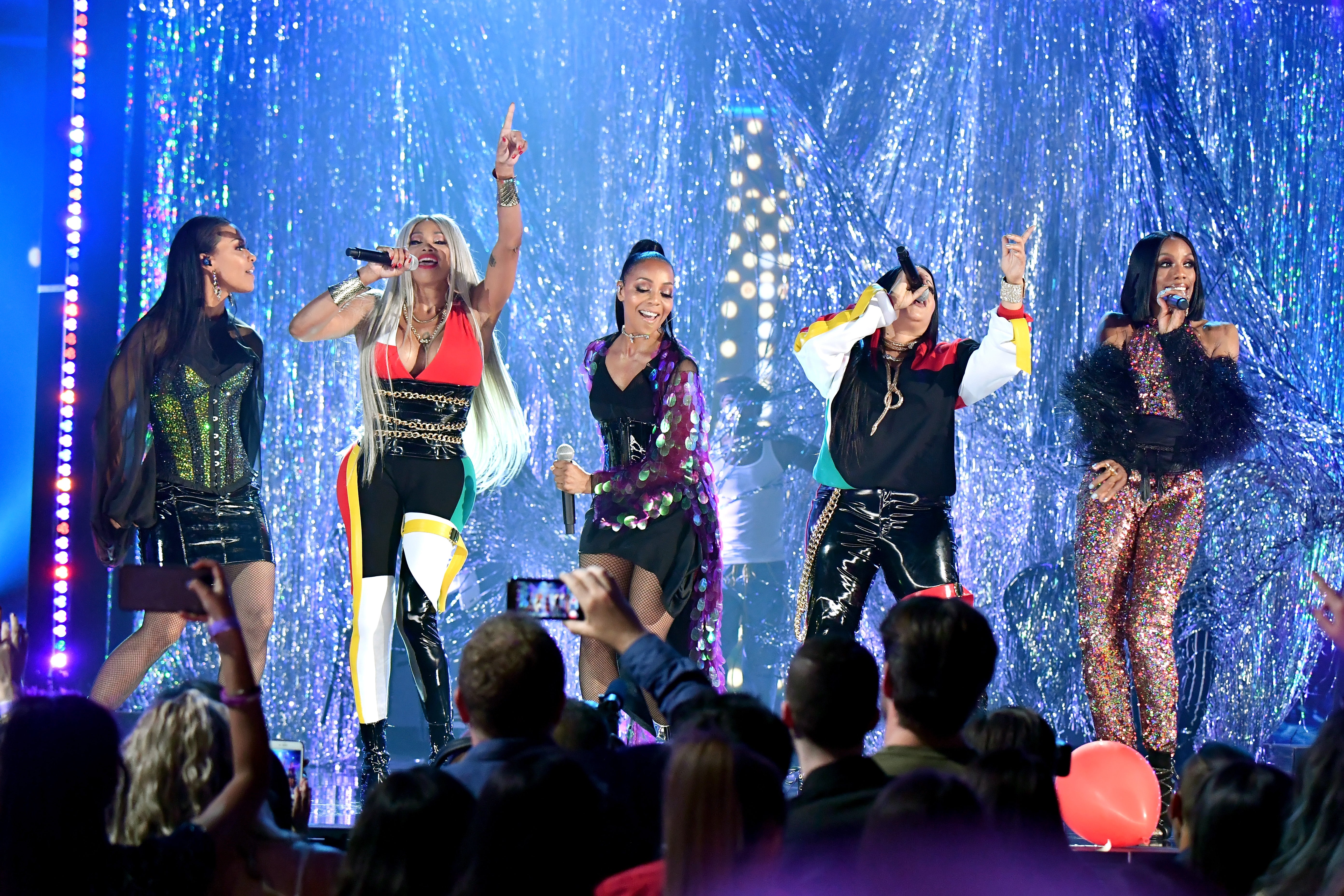 En Vogue joined in on the performance for their hit  song “Whatta Man.” The trio lit up the stage in a bevy of sparkles, corsets, fishnets, and even more vinyl magic. En Vogue has never been shy about their bold fashion choices and Sunday was no different. They showed out in full force with on-trend styling and their usual swag that cannot be denied.

Oh what a night!