By clicking Sign Up, you agree to our Terms of Use and that you have read our Privacy Policy
Skip to content
By Jazmin Brooks · Updated December 6, 2020
As the first sports footwear brand to create a sneaker exclusively for women, Reebok has long been known for always putting ladies at the forefront of the priority list. Now, with the release of a revolutionary new sports bra, the athletic footwear and apparel giant is “placing emphasis on transforming and improving one of the most important fitness garments for women,” according to Reebok VP of Performance Apparel, Barbara Ebersberger. Feeling uncomfortable in a sports bra is, unfortunately, something nearly every woman has experienced.  Whether it’s managing a lack of support, or even having to layer one uncomfortable sports bra on top of another to achieve a desired level of control, most can agree that it’s not something any woman looks forward to dealing with on any level. Consequently, not having the right sports bra can even lead some to avoid workouts altogether! Thankfully, Reebok understands our struggles and is aiming to make things a little better. The PureMove Bra senses the motion of your breast for an adaptable amount of control and support. Thanks to the innovative geniuses at Reebok, the fabric of the bra is embedded with the reactive technology, Sheer Thickening Fluid (STF), which liquefies when static and solidifies when in motion. 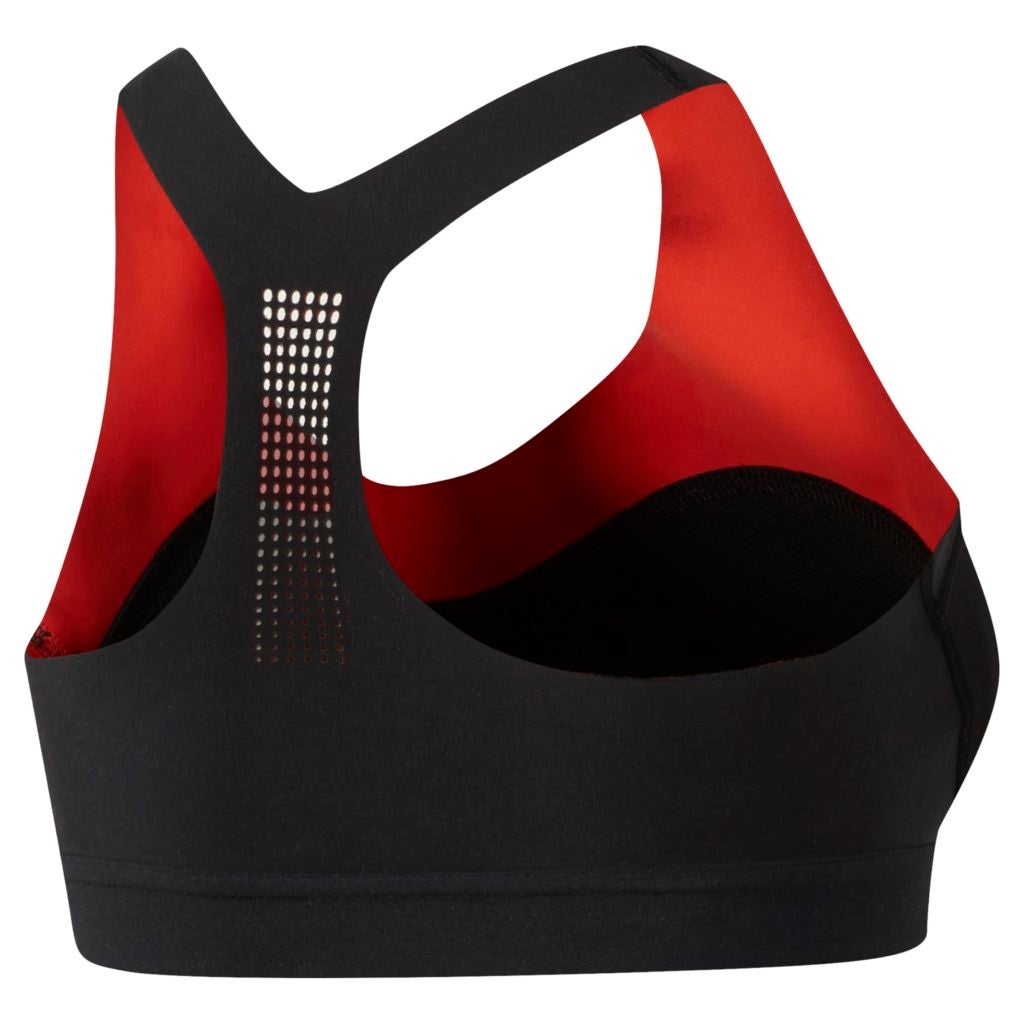 “It’s the first motion-reactive sports bra that moves with your body and gives you support when you need it —and only when you need it,” Danielle Witek, Reebok’s Senior Innovation Apparel Designer, told ESSENCE. This sports bra works so well, it will have you forget that you even have a bra on. After putting the newest addition to the Reebok family to the test myself, it almost seemed too good to be true. Not once did I have to adjust the bra during an intense crossfit workout, nor did my boobs get in the way of me doing any of the routines. When the workout was over, I wasn’t in a rush to take it off either. It’s a bra that’s comfortable enough to spend the day in. Ladies, it looks like we finally have a bra that covers all bases. — The PureMove Bra will be offered in a range of sizes including XS, XS/S, S, S/M, M, M/L, L, L/XL, XL, XL/XXL.  You can get your PureMove Bra here beginning August 17th  and in-stores beginning August 30th.