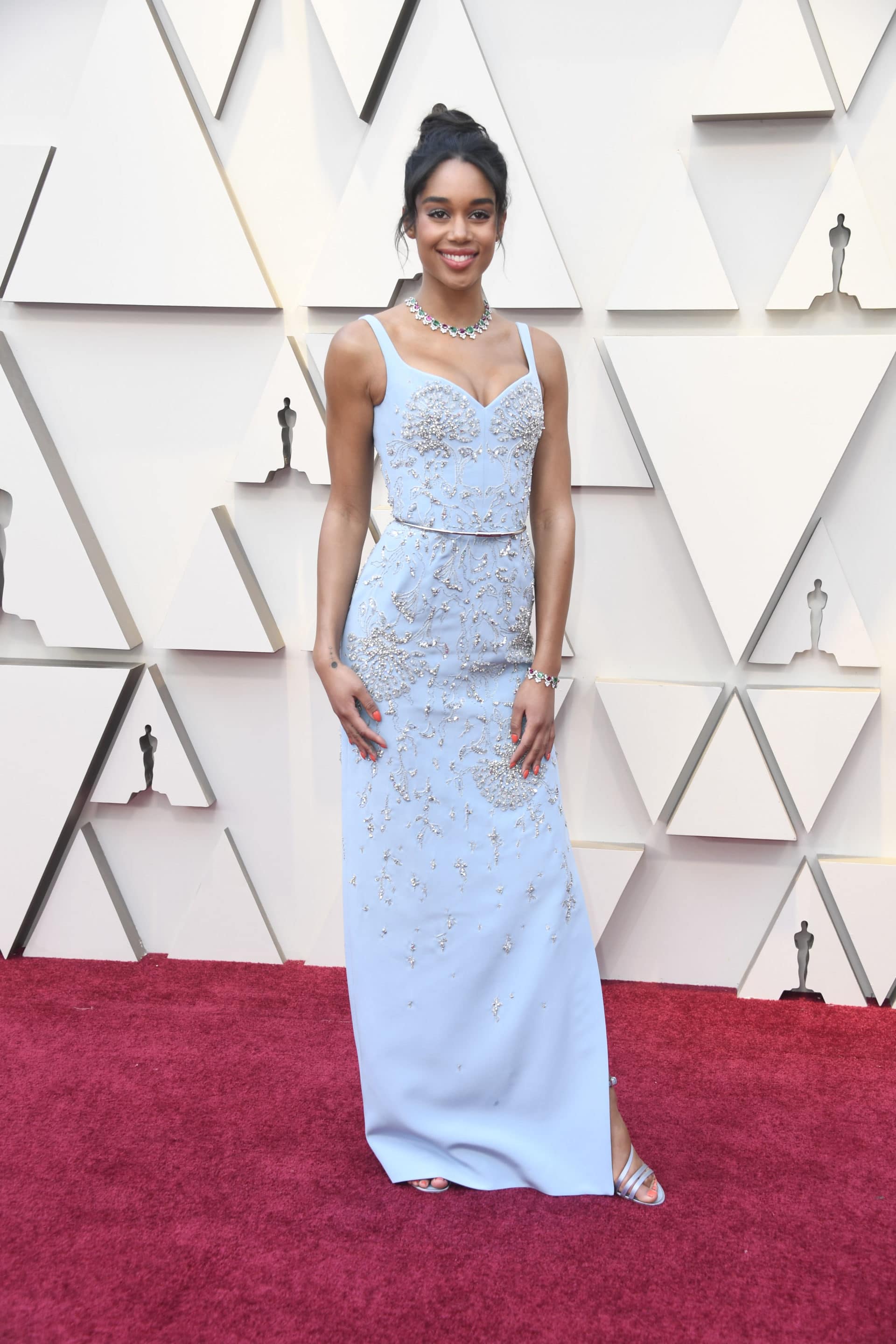 Harrier garnered buzz for her leading role in 2017’s Spider-Man: Homecoming (playing a gorgeous, book-smart damsel-in-distress), and also for her role alongside box-office heartthrob Michael B. Jordan, in last year’s Fahrenheit 451. For this weekend’s Oscars ceremony, Harrier took the lead once again –this time on the fashion frontier– partnering with fellow actress Suzy Amis Cameron’s ‘Red Carpet Green Dress’ initiative for the design of her ethereal, pale blue Vuitton dress. Formed in 2009, the RCGD takes aim to enlist A-list celebrities and fashion design companies to promote stylish, environmentally-friendly wardrobe options to be worn on the red carpet; previous greenly-dressed celebrities have included Naomie Harris and Lakeith Stanfield. “It’s a dream come true to be attending the Oscars not only as part of a nominated film, but also representing Suzy Amis Cameron’s Red Carpet Green Dress initiative,” says Harrier. “It’s a privilege to walk the carpet in a designer gown, but also very meaningful to me that it was constructed with eco-friendly, sustainable materials,” she adds.