The same year Michelle Obama became the first lady of the United States is the same year I became fully immersed as a fashion editor at my first full-time magazine job. I didn’t realize the significance of these coinciding events until now — right before Mrs. Obama ends her reign as the most important female figure in our country…and arguably the world.

Fashion is a fabulous yet fickle industry in which black editors are few and far between and where it’s breaking news when a black model or actress fronts a major magazine cover or ad campaign. The blatant lack of diversity continues to be a topic of concern and a constant source of isolation for those of us who strive to be recognized for our talent rather than just a brown face that blindly reassures our respective companies that they are being inclusive (or not racist).

When the most stylish woman in the world is Black it’s harder to question my legitimacy as a member of the fashion community. Or is it? Whether real or perceived, Michelle’s presence was a beautiful escape from the whitewashed landscape of fashion fodder that included a non-stop barrage of Kardashians – as well as anything to do with Taylor Swift, Jennifer Lawrence or Kate Middleton. 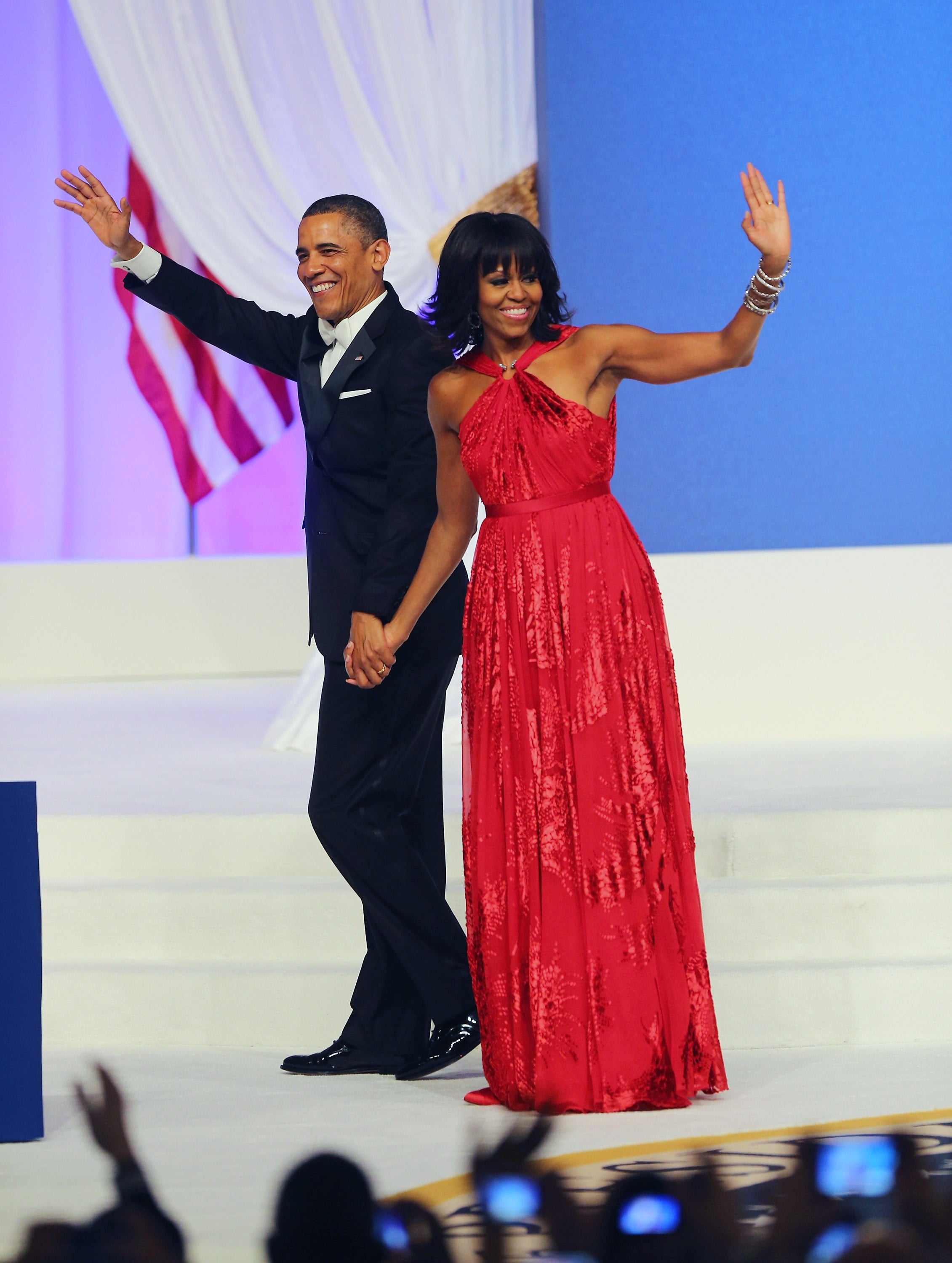 I’ve written my fair share of Karadashian articles and have mused about the prominence of Angelegging on the red carpet. And no matter how bland that coverage might seem, I found solace in knowing that the next epic fashion moment from our Frist Lady was right around the corner. Those moments brought some much-needed color to the news– and my career.

I can vividly remember the frenzy that ensued in the newsroom of my former job when Michelle debuted her bangs for the first time. We scrambled with excitement as a style department to pull together an article as quickly as possible and one worthy of the first lady’s new internet-breaking hairstyle. A simple haircut wielded the type of power that turned seasoned journalists into squealing fans– and dizzying traffic numbers to the website. 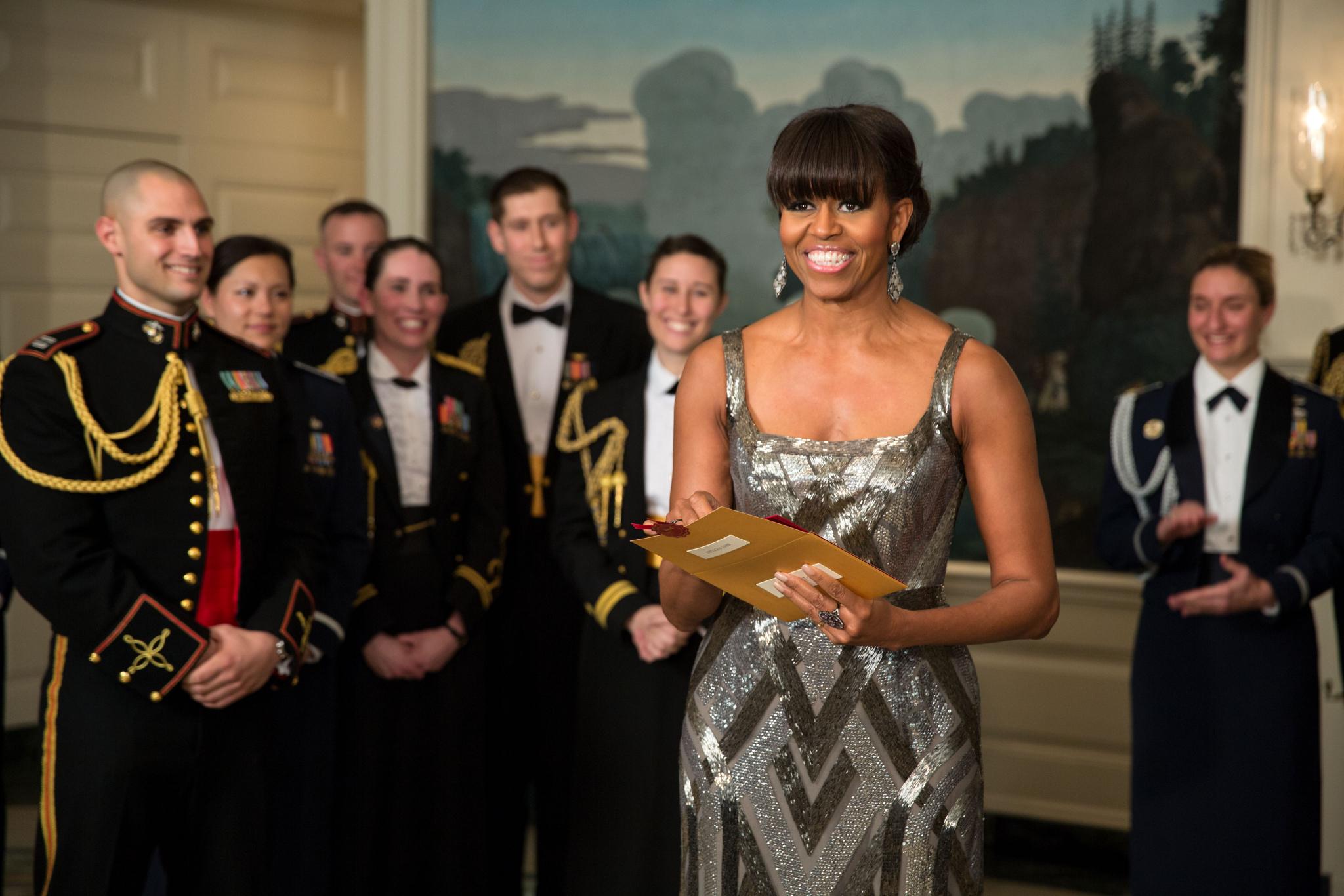 At the 85th Annual Academy Awards, Michelle Obama was smokin' in a smoke colored Naeem Khan deco-beaded gown. The best dressed award goes to her!

It was equally awesome when Mrs. Obama would turn heads in clothes made by mass-market brands like Target and J.Crew. Not only was it mind-blowing that we (the general public) could affordably replicate a first lady look, but nothing was cheap or contrived about the way in which she rocked them. She wears H&M with the same level of sophistication and swag as she does when donning the pricey designer duds that line her closet — and legacy.

And lest we forget Michelle’s influence definitely draws a line straight to the first daughters, Malia and Sasha – whose fashion contributions are a story of blossoming into women before our eyes and doing so with both style and grace. I not only got to write about one Black woman in the White House – but three.

In addition, chronicling Michelle’s rise to style icon was also underscored by her support of up-and-coming designers and designers of color. She introduced the world to designers like Jason Wu and Sophia Theallet. But it’s the Black designers that Michelle so proudly wore — including Tracy Reese, Mimi Plange, Byron Lars, Duro Olowu, and Laura Smalls, amongst others — which served as a shining example of her unyielding commitment to inject diversity into her oh-so-stylish symbolism.

As a writer there is a horrible disconnect when it comes to celebrating a Black first lady who champions inclusion, yet Black designers are grossly underrepresented in the marketplace. It’s been a part of my mission to make sure that representation is realized. From Olowu’s head-turning printed ensembles to the ladylike dresses by Smalls, Michelle was letting the world know that talented Black designers not only exist, but are also worthy of adoration. 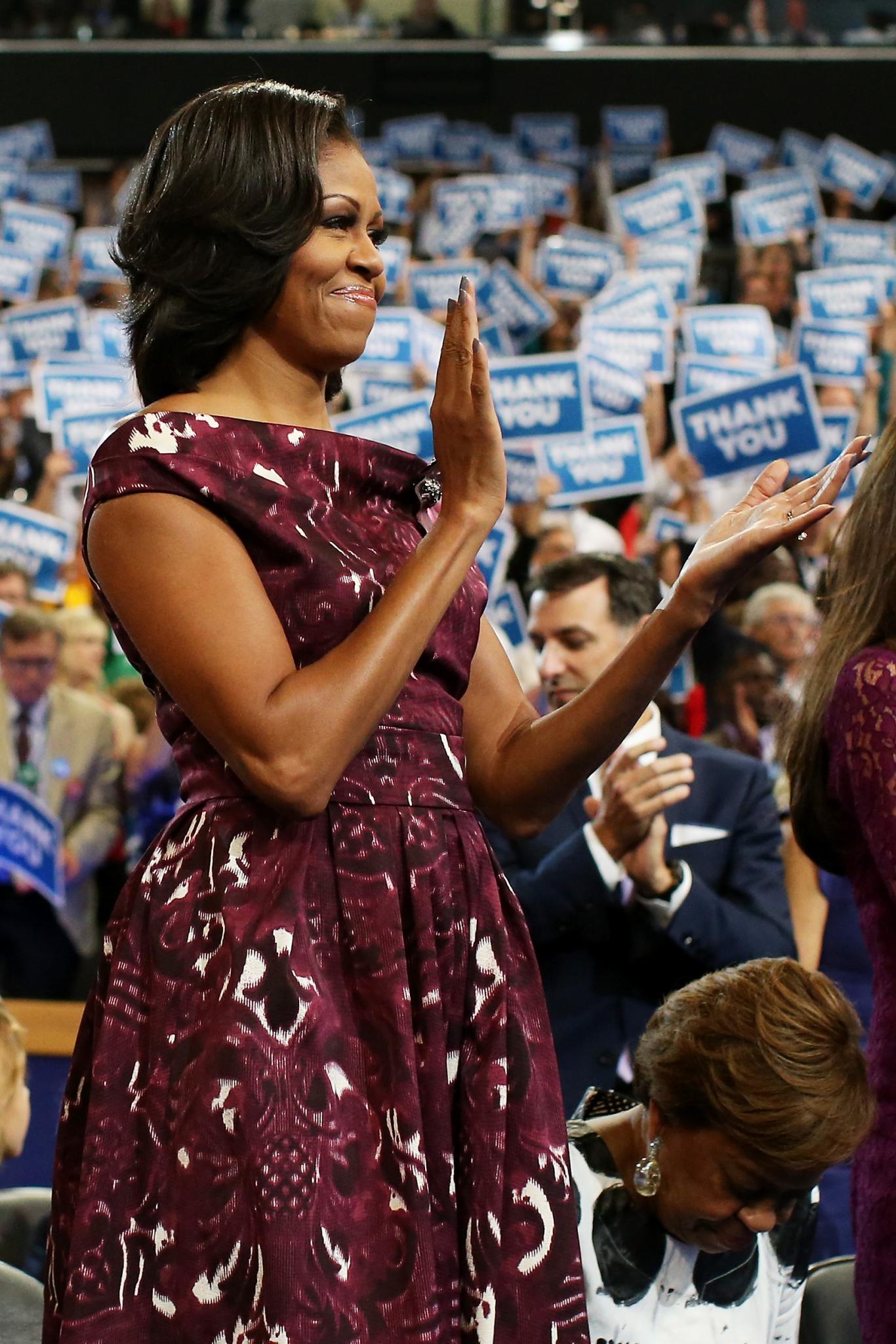 Another DNC stunner was First Lady Michelle Obama in this oxblood damask print dress by Laura Smalls that was perfectly on trend.

I’ll never forget the pink toile and blue-gray Tracy Reese dress Michelle wore as she stepped on stage at the 2012 Democratic National Convention. I quickly emailed Reese for her reaction. The joy of interviewing an African-American designer reacting to our African-American first lady wearing her creation on such a monumental occasion is something I will cherish. Those are the moments I’ll look back on in my career and smile with pride. 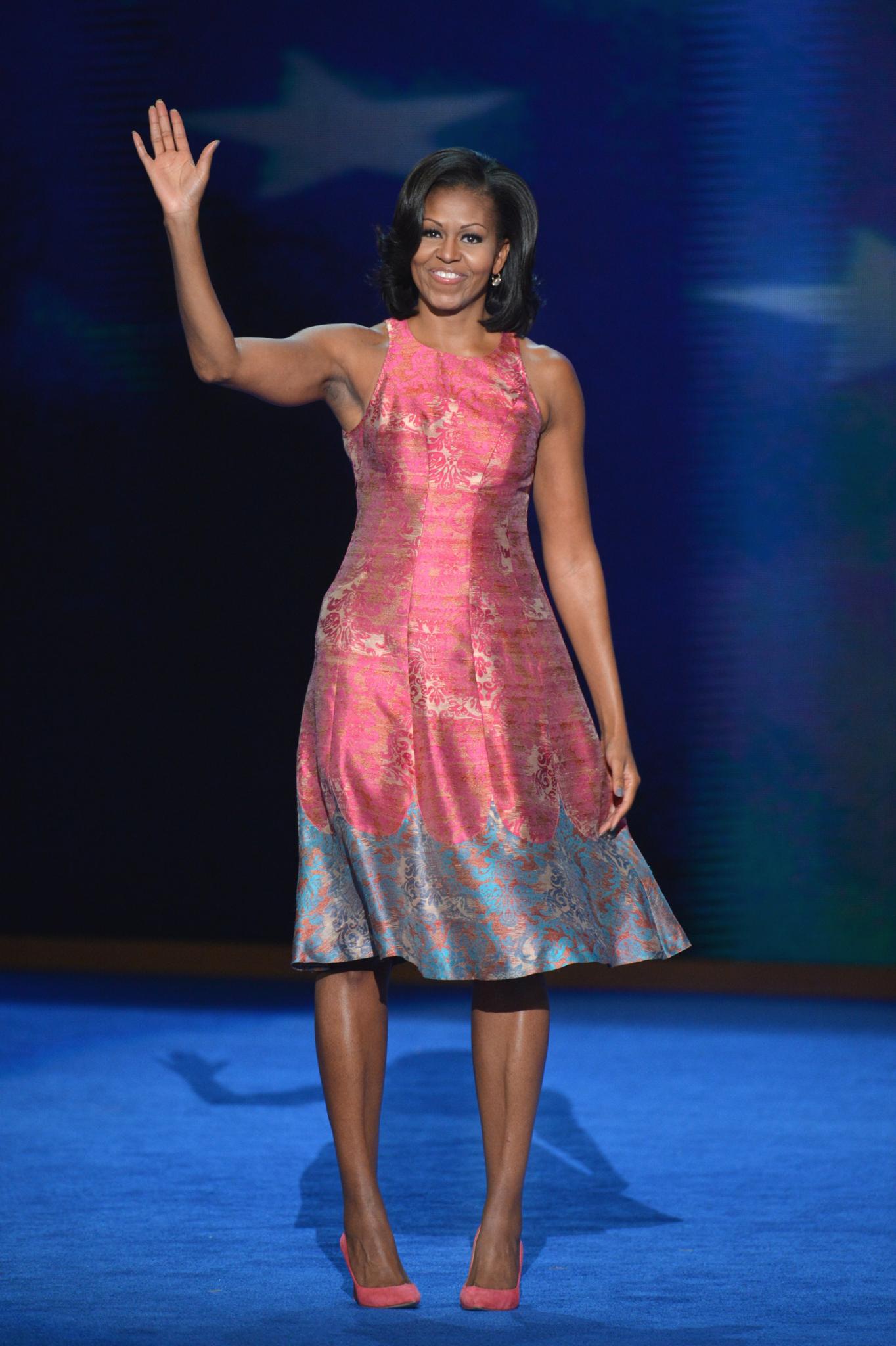 As I reluctantly (read: kicking and screaming) usher in a new era of White House occupants, I fear we’ll be resigned to the reality of predictable looks donned by an uninspiring figure. Michelle’s style-meets-substance presence will leave an immeasurable void.

It goes without saying that Michelle won’t escape my gaze despite her White House exit. I will wait with much anticipation as she occasionally flutters in and out of the spotlight. And while I wait, I will rejoice in the good fortune that my formative years as a fashion editor have been blessed with a level of #BlackGirlMagic that I never thought possible.