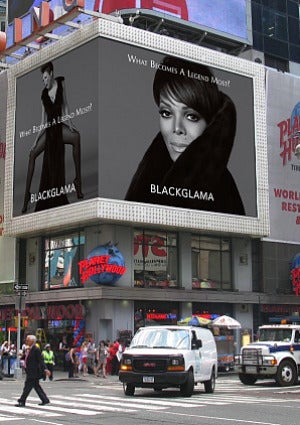 We always knew Janet Jackson was legendary, but now it’s official! This fall, the superstar is featured in Blackglama’s iconic, forty-year-old “What Becomes a Legend Most” campaign–and yesterday, the image was unveiled on a billboard smack in the middle of Times Square. Located on the famous Times Square “Bowtie,” the billboard clocks in at a whopping thirty by sixty-eight feet. We think Janet looks beyond stunning in the luxury fur ad. What do you think? Let us know in the comments section.