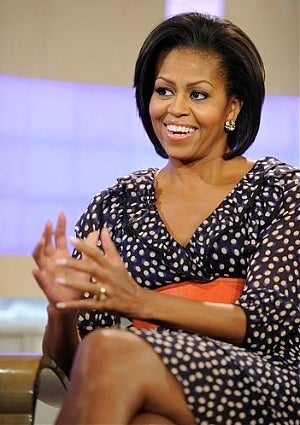 Whether in luxurious ball gowns or chic cut-off cardigans, we love First Lady Michelle Obama’s style and now the source behind her fashion fierce has been revealed. Meredith Koop, a 29-year-old Vanderbilt graduate, was recently hired as the First Lady’s stylist in place of Chicago retailer Ikram Goldman, according to People.com.

Although her job requires more than fashion-savvy, when it comes to clothes, Koop’s responsibilities include “advising the first lady on her wardrobe and acting on her behalf in arranging for purchases, including considering the best offered price, and buying on discount if discounts are available,” the White House told ABC news in an email.  We definitely think the new gig sounds like fun!

Would you ever want to be a fashion stylist?