Prabal Gurung used his fall 2017 show at New York Fashion Week as a way to take a stand for women’s rights.
On Sunday, Gurung sent models, including Joan Smalls and Candice Huffine, down the runway in all of the high-fashion designs you’d expect from the designer. Fitted dresses, flowing blouses, and sleek pantsuits—each reflected Gurung’s spot-on aesthetic and wowed onlookers, who were then surprised when the models made their final turn wearing graphic T-shirts with slogans speaking to women’s rights issues: 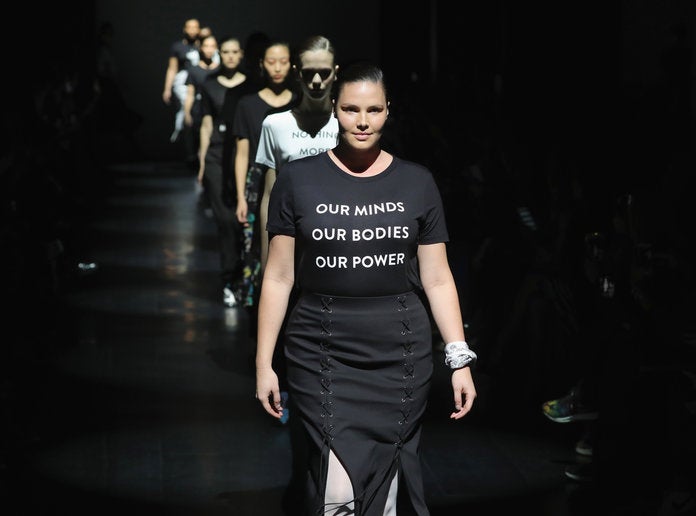 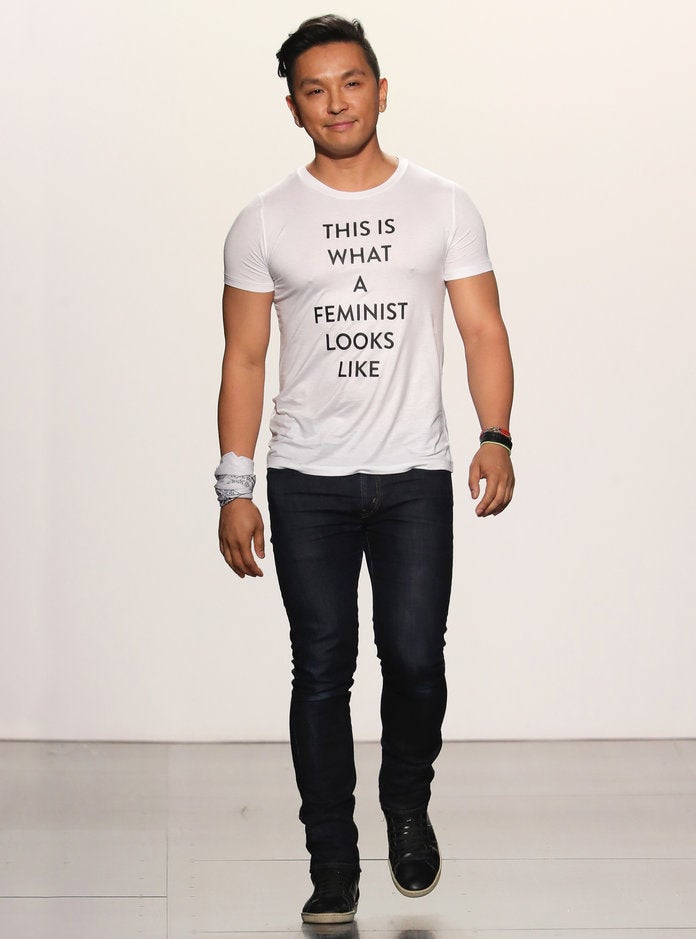 At the show’s after-party, hosted by Grey Goose at N.Y.C. hot-spot Zuma, the designer, in a “This Is What a Feminist Looks Like” T-shirt, shared details about the inspiration for the collection. “Women inspired the collection,” Gurung told InStyle as he gestured to Huma Abedin, the former vice chair of Hillary Clinton’s 2016 presidential campaign. “Powerful women, like her, who have more to say than just their looks.”

Among the famous faces at the after-party who felt emotional during the show’s final pass: Misty Copeland, principal dancer of the American Ballet Theater, who supported Gurung’s collection debut in person. “First and foremost, as much as I love fashion and going to shows, it’s a lot to experience, especially if you’re not a part of the fashion industry,” Copeland told InStyle. “[Gurung’s] clothes and his message tonight speak to who he is. As a black woman and someone who understands the importance of speaking on race and the importance of diversity, tonight’s message was so powerful and I got so emotional and I’ve never experienced that at a fashion show.”

Model Ashley Graham also attended the party and spoke to InStyle about the advances women have made when it comes to fashion week and runway modeling. “Designers are not just putting one curvy girl in shows, they’re putting multiple, just like Prabal tonight,” Graham told InStyle. “And it shows that [being full-figured] is not a token anymore. I’ve said since Day 1: It’s not a change and it’s not a movement until you see multiple faces doing it.”