The scene was opened with a small choir of women with heavenly voices dressed as cashiers, setting the tone for what was to come .

Producer Austin Millz hopped on the stage and created a beat from scratch while playwright and spoken word activist Cyrus Aaron emerged from his seat in the audience and delivered a moving poem about greed, capitalism and materialism – reminiscent of a skit from an old Kanye West album.

Amid breaking down the state of being black in America, Aaron points out a thoughts about gentrification we’ve all had.

At one stanza he even suggests that maybe Kerby should have chosen a different profession, something less about the material and more “meaningful” like a doctor.

But when the clothes start to make their way down the runway, it’s clear Kerby has indeed chosen the right path. 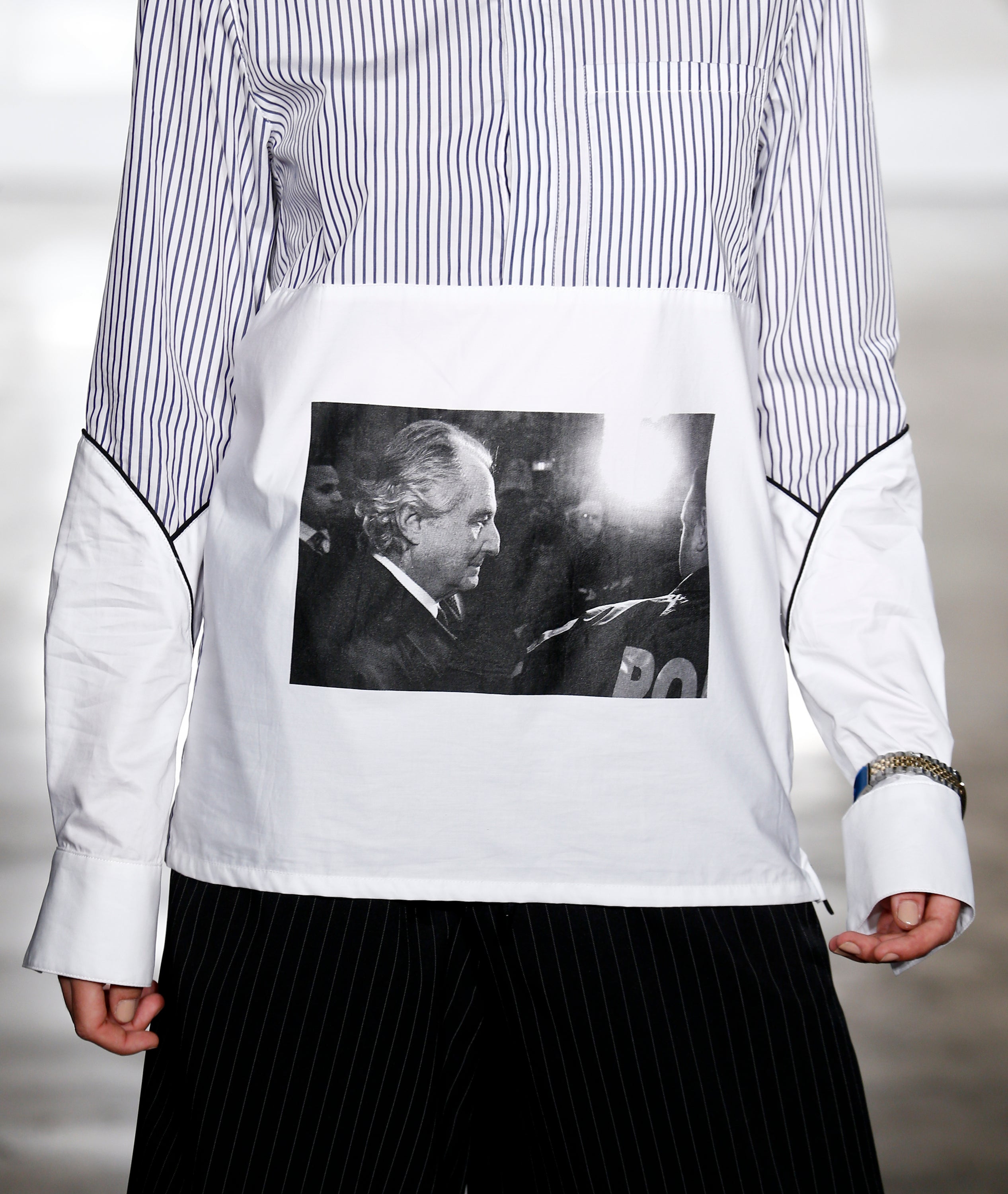 The menswear line modeled by men and women featured a smart breakdown of business attire.

What seemed to catch everyone’s attention though was a black lace sweater that read ‘Greed’ in bold letters in front. 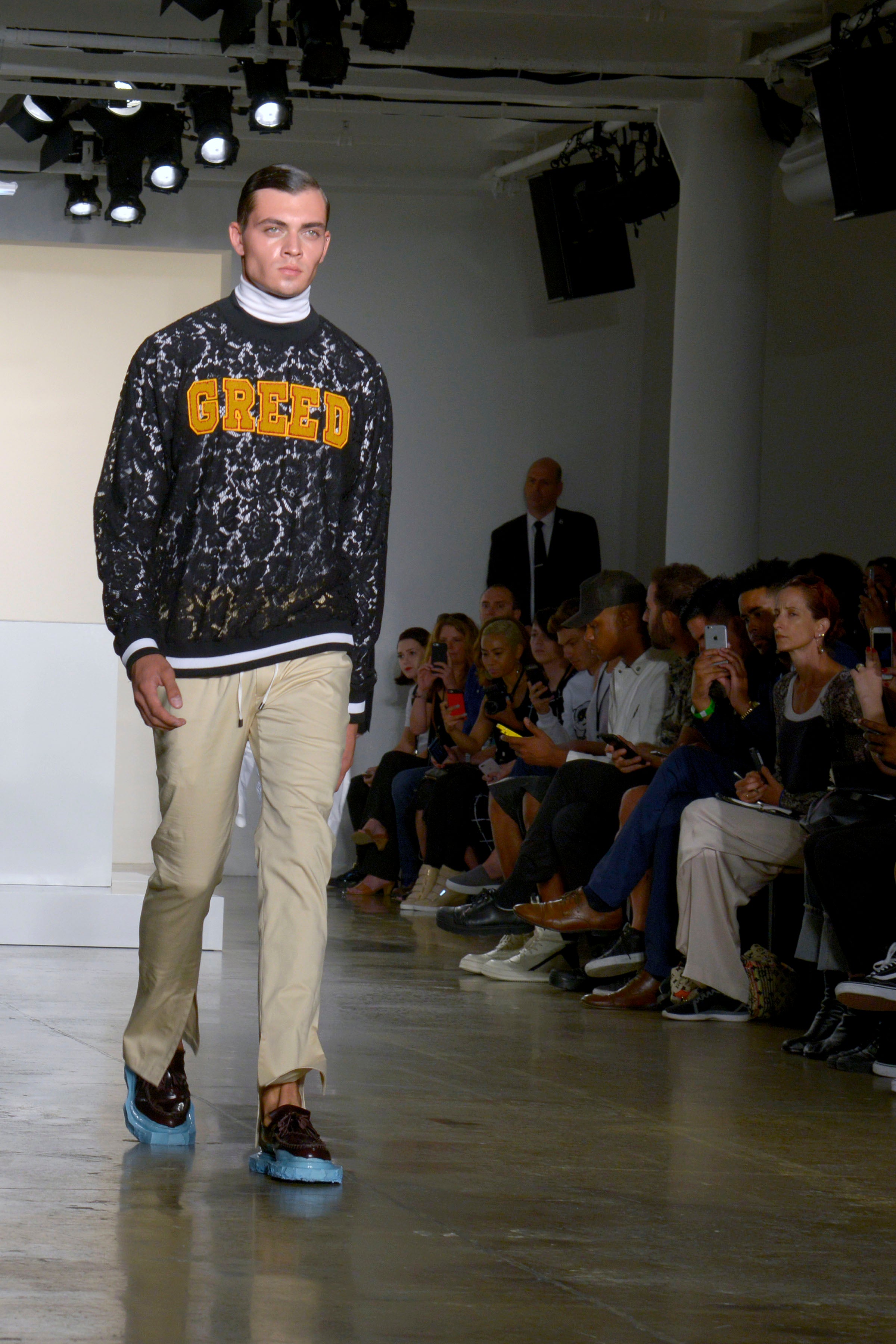 As the beat kept building, one of the famous attendees Rick Ross seemed to be inspired as he nodded his head, and mouthed what looked like a full fledged freestyle to the music.

Kerby is no stranger to bringing important issues to the forefront. For the Spring 2016 season he presented a show tackling police brutality in America and this February he teamed up with Erica Badu for a much-anticipated show addressing depression in the Black community.

All in all Kerby has another winning fashion week presentation on his hands, not only presenting an impressive collection but asking and maybe even answering in his own way, the questions on Black America’s mind.