German designer Philipp Plein debuted his spring/summer 2017 collection today in Milan and titled it “Alice in Ghettoland” which has left us with many questions – so many that it’s hard to figure out where to begin.

The extravagant scene looks like a mash up of the cookie cutter neighborhood set from American Beauty, the scene in Willy Wonka and the Chocolate Factory where things got really weird and a 50 Cent/J.Lo/Murda Inc. video circa 2001. 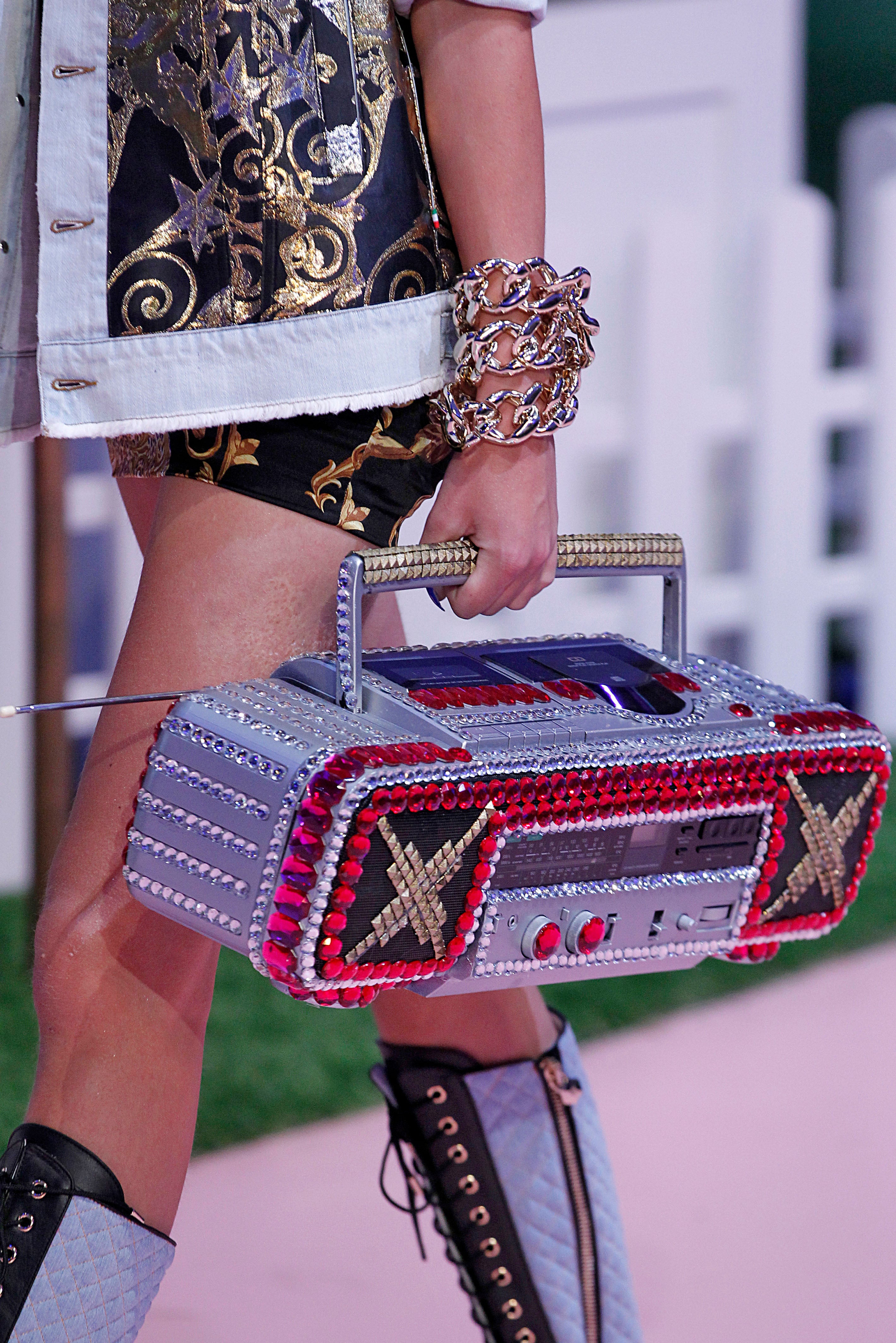 Let’s be clear here. The real problem is not the use of the word ghetto, as that is not a word that is synonymous with Black culture and/or people. The issue here is the use of symbols heavily associated with African-American and hip-hop culture as a whole in relation to the word. This includes but is not limited to the use of graffitti, big gold chains, grills, boom boxes, name plates and the like. Perhaps what gave me the most pause was the giant garden gnome with the word ‘pimp’ emblazoned on his chest, because what exactly are we trying to say here?

The show further perpetuated the notion that staples in Black culture are seen as “ghetto” until the mainstream deems it “cool.”

What’s even more interesting is that some designers seem to be hell-bent on using sacred Black symbols or played out stereotypes as anchors for shows that either use the culture without crediting the origin or worse, put it in some problematic, monolithic, uneducated, out-of-touch box.

A photo posted by PHILIPP PLEIN (@philipppleininternational) on Sep 21, 2016 at 4:24pm PDT

These incidents leave us asking questions we already know the answers to. Are you celebrating or mocking the culture? Is this your idea of what it means to be Black? Are ‘Black’ and ‘ghetto’ words that are synonymous to you? And again, (because we just asked Marc Jacobs this same question), are we invisible?

This isn’t the first time Plein has tapped into Black culture to bring forth a new collection. In 2014 the designer sent an all-Black cast of models down the runway in an attempt to “break down barriers and break rules.”

Although it seemed that Plein’s intentions were good, he was criticized by the champion of diversity, Bethann Hardison who made it clear that Black people are not looking to be singled out but included.

So, is Phillip Plein a lover or hater of Black culture, or some weird but typical version of both? We can’t say. But what we can say is that he has nailed his theme in some sense — sending himself down a rabbit hole of political incorrectness and insensitivity. And considering the fact that Plein has announced he’s bringing his collections to New York Fashion Week, he may want to get some insight on his poor messaging.