While Spring 2014 Fashion Week was kicking off just days ago in New York, fashion activist and former model Bethann Hardison was simultaneously kicking off her initiative: putting an end to racism in fashion. Hardison and the The Coalition, who actively fight for “racial representation on the runway,” wrote a letter to the fashion councils in all of the major fashion cities—New York, London, Milan and Paris— exposing designers who use little or no Black models on the runway.

We went backstage during New York Fashion Week and asked both designers and models to weigh in on the pressing issue:

Catherine Malandrino: “My aesthetic, it’s very open and worldwide because I find beauty in so many shapes and colors, and to me this is what is real beauty. I don’t have one aesthetic. It’s about style, and style is about straight hair or curly hair, red lips or dark lips, blue eyes or brown eyes and this is what is very important because it is diversity that makes this new world, and I am a part of the new world not the old world. In the past, fashion had a tendency to put everybody in a box and I don’t want the box, not for me and not for my customer. From the beginning, this is what I speak about with my casting director: I want diversity. For me, I am into what is curious and unique, I’m not into cloning one girl, but I’m into diversity and as many women show different styles the more rich the collection.” 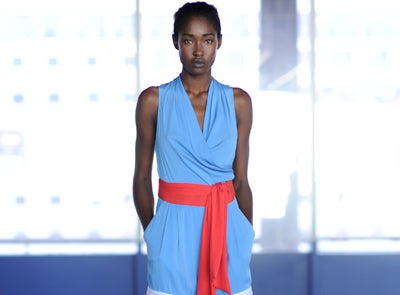 
Devanie Gobir, Model at Major Model Management: “It’s unfair because the bookings you get are based on the color of your skin. The lighter you are and the closer you are to passing for a different race other than Black, the more likely they are to book you. They’re only picking one dark girl per show, which is creating a stir among all of the other girls because you know once one Black model is booked you’re probably not going to get booked for that show , when it shouldn’t be that way. Also, I think it’s important to not only pay attention when they get it wrong but celebrate when a designer gets it right.”

LaQuan Smith: “I’m always looking for diversity, I’m not looking for the typical and to me it doesn’t have to do with skin color, it has a lot to do with confidence and has a lot to do with the environment of my culture and the way I was raised and how I know things work. I feel comfortable when it’s in an environment that’s familiar to me, to have Latinas, Asians, Caucasians, Europeans and Blacks—it works for me. We give everyone a fair chance.” 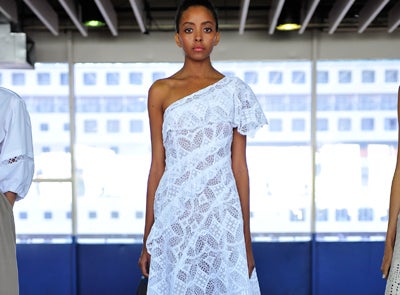 
Michellene Auguste, Model at Muse Model Management: “I feel like we’re in 2013 and we should not be on this level of thinking. It’s frustrating because we’re all running around trying to get that one spot for a show, just one spot out of 30. I went to a casting and they said to me ‘we’re not using you guys.’”

Mara Hoffman: “Since I began my career I’ve been so inspired and found my muses in girls that are not traditional ‘Americana’ models. They’ve been my muses and I find it so hard to believe that other designers don’t see how amazing these women are. They make clothing come alive. Atuai, Ajak, and Nykhor have been in almost all of my shows for years. They are such an inspiration for me and when they come down the runway the look just comes alive. It breaks my heart that they aren’t celebrated more in this industry. They represent life, color, energy and nobody compares to them when they walk out on the runway.”