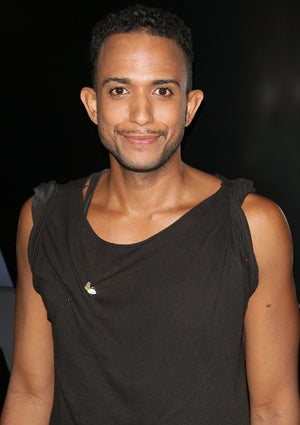 Behind the glam of a runway show is the grit of finding the money to put one on. That struggle is one visionary designer, Jose Duran knows well. The Catherine Gibbs school graduate whose dedication to his craft has taken him from New York to Paris, has not shown in New York city for several seasons now. Now, after financial setbacks and a pilgrimage to Paris to rejuvenate his creative juices, he’s made a triumphant return to the catwalks. Before launching his show (and right after an emotional meeting with his mother and family) he talked to us about the ups and downs of his journey and why Spring 2011 is his best collection yet.   ESSENCE.com: How are you feeling right now? It feels like an emotional night. JOSE DURAN: I’m feeling very good. I haven’t showed in a couple of years, but this is the real deal. I haven’t been in the New York fashion scene for about two years, so it feels good to be back.   ESSENCE.com: What made you come back now? DURAN: I felt like I needed to venture out and find my style. So I went to Paris and I did two shows for men out there. With this show, I’m going to debut another men’s collection — and it will be the first one shown in New York.   ESSENCE.com: What do you think you found in your hiatus. How do you think you grew as a designer while overseas? DURAN: I needed to see real fashion. In New York, the business side  of fashion is very strong — but not the creativity. And there (in Paris) I found the creativity of fashion. It’s not all about making money. Designing is an art. Being over there, I saw the artistic side of fashion. I saw that it was okay to be creative. It was okay to get out of the box. My personal style and my collection have both changed completely as a result.   ESSENCE.com: So what new silhouettes can we expect? What new hallmark of the Jose Duran collection is being revealed? DURAN: You are going to see a lot of drapes. You’ll see signature dresses: pieces that are very sheer and very chic. Very Parisian. And this goes for both my men and women’s collections. ESSENCE.com: Has this career — especially as a designer of color — been an long journey for you? DURAN: Oh yes. It’s been crazy. But I’m not going to stop. ESSENCE.com: What are some of the challenges? DURAN: Money is the main challenge. And that’s it. Coming from a poor family in the Dominican Republic and struggling here to get my line out. Not having a stable apartment. Moving from place to place. It’s been crazy. Selling has also been another main issue.The product is there, but we now need to get it into stores. I’m not currently available anywhere. I’ve been taking my time until I feel ready to sell and I believe I’m ready right now.   ESSENCE.com: Do you think you are going to make it? DURAN: Yes of course. I just need to hold on. I know since I started to make fashion special, I knew that there was something there and there is. I will make it.