Costume designer Rita McGhee grew up in Guam, a small Island in the Pacific, and as a little girl was always fascinated by fashion. Fast forward from the lush island life to the Hollywood lights, McGhee was taken under the wing of costume designer Ruth Carter (Selma, The Butler). “I worked for her for several years as an intern, PA learning my way in the business. She’s still my inspiration, she’s still my mentor, she’s still my muse.” Now, McGhee––with the help of her sister Alita Bailey and their “Couture Angel” Monique Mosely (who customizes one-of-a-kind looks)––is behind the wardrobe for the new Fox series, Empire. We snagged McGhee in between scenes to talk about Taraji Henson’s character, Cookie’s unforgettable style.

ESSENCE.com: Cookie’s personality is bold, brash and unapologetic. What was the inspiration behind her wardrobe selection?
RITA MCGHEE: Well, what I do when I accept a job, I watch the pilot as well that first show. I didn’t design that first show but I took the notes from that first show, and I took the notes from the Directer, Lee Daniels, on how they see the character. She’s bold and she’s fierce, but she’s also very vulnerable and she’s also a sexy boss. And she’s also a woman so she cares about her appearance, she cares about herself and she cares about how she presents herself to the world. So she likes bold colors she likes loud colors. She likes all the prints, the animal prints, tigers, zebras, she likes the leathers, she likes the furs, she like the loud colors. So she blings and she’s loud and ostentatious, but also in a way that just refines style. Like how she represents style in the record industry. How she represents style being from the streets of Brooklyn. How she represents style that she was imprisoned but she did it for her family. And she gets out of prison and she’s still a mom and she’s very vulnerable to being a mother and she’s a tiger mom and she wants to take care of her kids. But she’s still a woman with needs and she has money and she gets out of jail and she has the opportunity to live this life that she helped start. 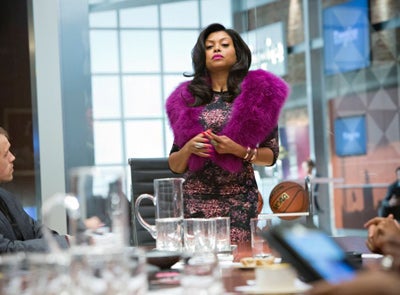 ESSENCE.com: Who would you say are Cookie’s fashion icons?
MCGHEE: I would say definitely Diana Ross, Michelle Pfeiffer in Scarface. I did some research on the style of woman bosses that are married to The Mob; leading ladies who are with mobsters, boss ladies. She’s a combination of everyone like a Beyonce, Mary J. Blidge, Rita Ora. She’s music, she’s a mother, she’s fashion. 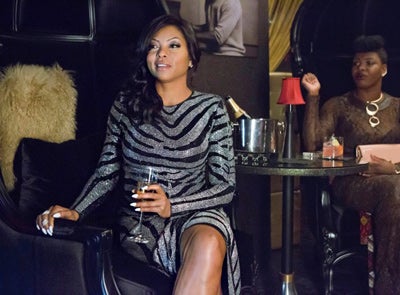 ESSENCE.com: Women that are leading in their respective industries.
MCGHEE: Exactly. In Cookie’s closet we have clothes from different women in the industry. We have their own personal clothes that they let us use for the show that also helped create character. Janet Bailey, the first wife of Phillip Bailey from Earth Wind and Fire, we have some of her furs. Monique Mosely (Timbaland’s wife) we have some of her personal clothes so throughout the show you don’t know when its going to be worn or what piece but we have these clothes from these women of music legends, music icons wearing the clothes.

ESSENCE.com: How does her style evolve throughout the show from her prison release to taking over the empire?
MCGHEE: I think her style evolves where she get s a little bit more refined; she’s very refined but it depends on where she is and what the scene is. So, if she’s in the boardroom she has a look that she’s in the boardroom, but it’s how Cookie would do it. If she goes to court she’ll wear a suit but it’s going to be a leopard suit or it’s going to be a skirt with a high boot, but it’s still professional. So she evolves with each thing that she’s doing. Like she’s in one scene with Cuba Gooding Junior and she has on a cape and a skirt with some high heels and she’s walking in the grass. So she’s still a woman that takes care of her business and she does it looking fierce. 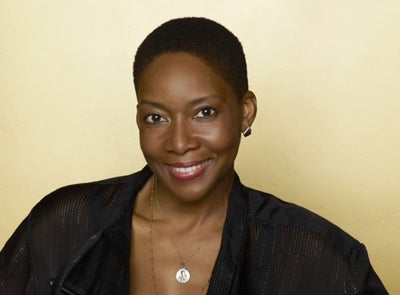 ESSENCE.com: Are there pieces she would just love to walk out with?
MCGHEE: Yes she has this black Gucci cat suit that fits like skin. It’s beautiful, its awesome.

ESSENCE.com: What can we expect from tonight’s episode?
MCGHEE: Cookie has so many great looks. She has this leopard look where she’s wearing Louboutin shoes and she has on a whole leopard outfit and a leopard hat. And then she has one where she has this big black mink. On one show she’s wearing this long sequined Balmain dress. There’s so many looks that you’re like “Oh My Goodness.“

Tune into Empire tonight on FOX at 9/8c.