By Avon Dorsey · Updated December 6, 2020
22-year-old fashion model Cheyenne “Chey” Maya Carty hails from London, England and never had any intentions of becoming a professional model. Discovered four years ago while roller skating with family and friends in London’s Victoria Park, Carty reflects on that life-changing moment, “I actually didn’t want to be a model,” she says, but as fate -and the fashion gods- would have it, she has since worked for Elle and Marie Claire magazines, and has skated her way onto the Victoria’s Secret runway– the fashion show of all fashion shows. ESSENCE caught up with Carty just before she made her debut in the VS show while she described her getting used to working as a model in the industry, “My first paid job was with Rihanna and I was like, WHOA! Okay, I’m ready… This is what I want to do,” she said. However, things weren’t always smooth sailing for Carty as she’s often had to confront the downside of modeling, particularly the racial bias that Black models sometimes deal with. Detailing her troubling experience, she says, “It’s been amazing to watch the growth in the industry, but when I first started it wasn’t so easy for me. Some makeup artists would say, ‘Do you have your own makeup because I don’t carry your shade in my kit,’ and it would make me feel so uncomfortable.” Not one to let adversity get her spirits down, Carty is optimistic about the continued growth in diversity within the fashion and modeling worlds, and has her sights set on a bright future. “I want to continue to keep working hard, support my family and friends and eventually start working with charities that I believe in,” she says. 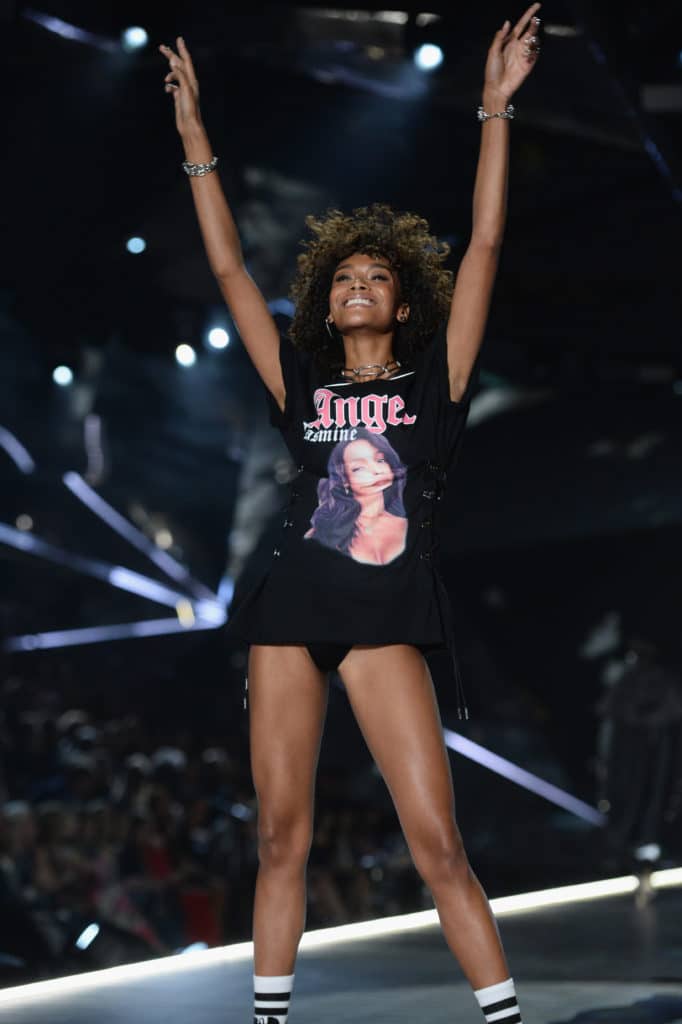