By Yolanda Sangweni · Updated October 26, 2020
We don’t know about you but everyone Halloween we’re refreshing our social media feeds, waiting with baited breath, to find out what Beyoncé and her family will be for Halloween. Last year, Bey, Blue Ivy and Jay Z channeled both Coming to America and X-Men. In 2014 Beyoncé was Frida Kahlo to Jay’s Jean-Michel Basquiat. This year Beyoncé showed up to her cousin Angie Beyince’s 80s and 90s-themed birthday party as one half of hip hop icons Salt-N-Pepa in the “Push It” video. Bey wore the duo’s signature 8-ball jacket paired with a red spandex jumpsuit, colorful kufi and an asymmetrical haircut. And she didn’t forget to rock a dope gold chain, gold 54-11 sneakers and a waitspack. In all, she nailed the look.

Our parents always use to give us a look when we said "push it real good," and now we know why. 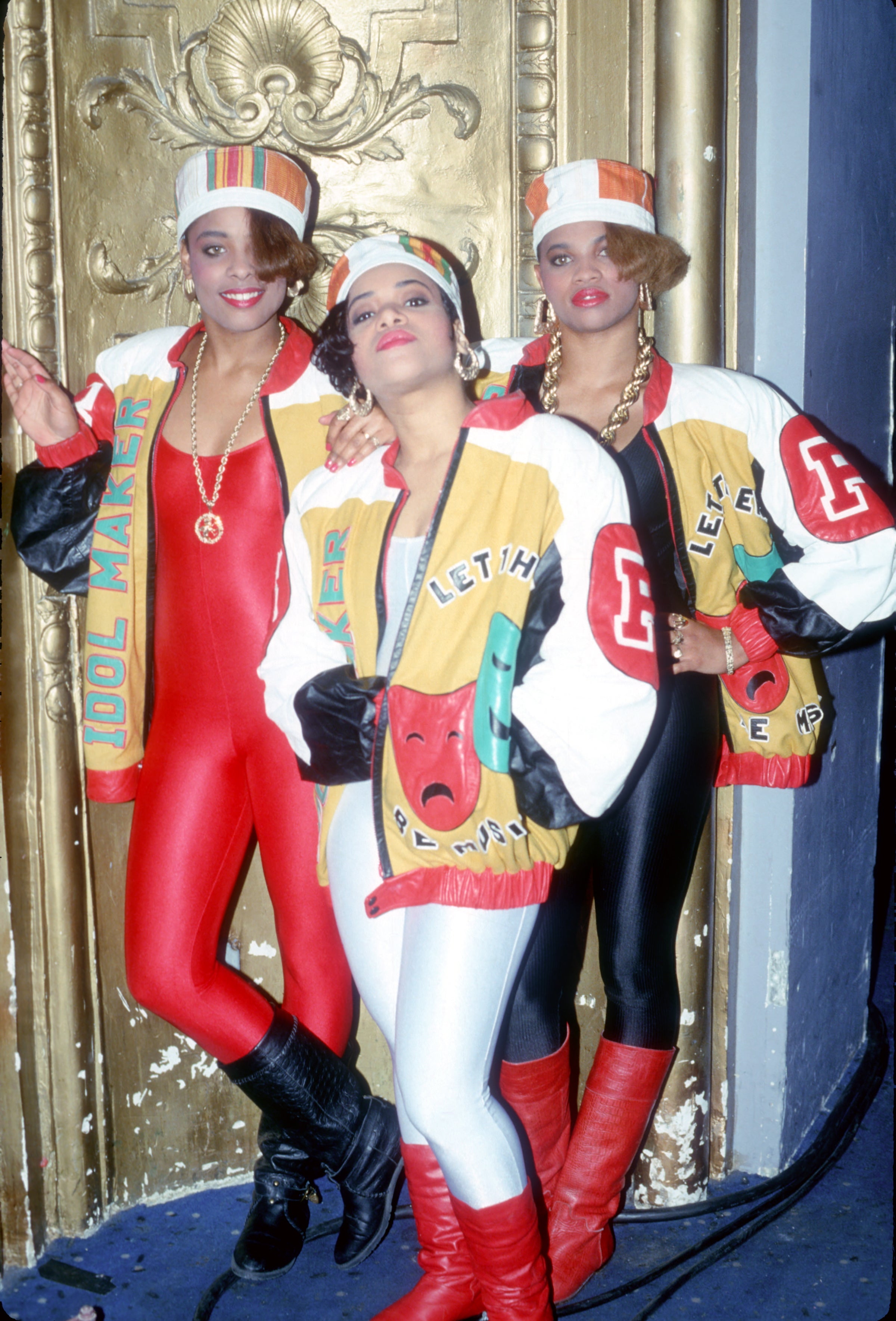 Before there was Destiny's Child or En Vogue, there was Salt-N-Pepa, arguably the sassiest of all the girl groups. With nostalgia trending today, there's no better time to channel the dopest looks of Salt-N-Pepa's enduring visual appeal, which only has three specific requirements: all-denim (and oversized) everything, gold chains and asymmetrical hair cuts.

Kelly Rowland came through as Dionne Davenport from Clueless.

Mom Tina Lawson also joined the party, rocking her own 80s-inspired look. Her husband Richard Lawson even went so far as to get a high top fade. We love it!

At Angie's party. Such a fun party! Big fun in the 80s and 90s ! @richardlawson_rls my baby got his hi top fade❤️