Simply put: Stacey Bendet did right by Jean-Michel Basquiat. For her partnership with the CFDA, the Alice + Olivia designer paid a true fashion homage to the late Neo-expressionist, downtown-cool artist, citing iconic elements from his street-art masterpieces, like the golden crown, through the lens of her usual whimsical aesthetic. 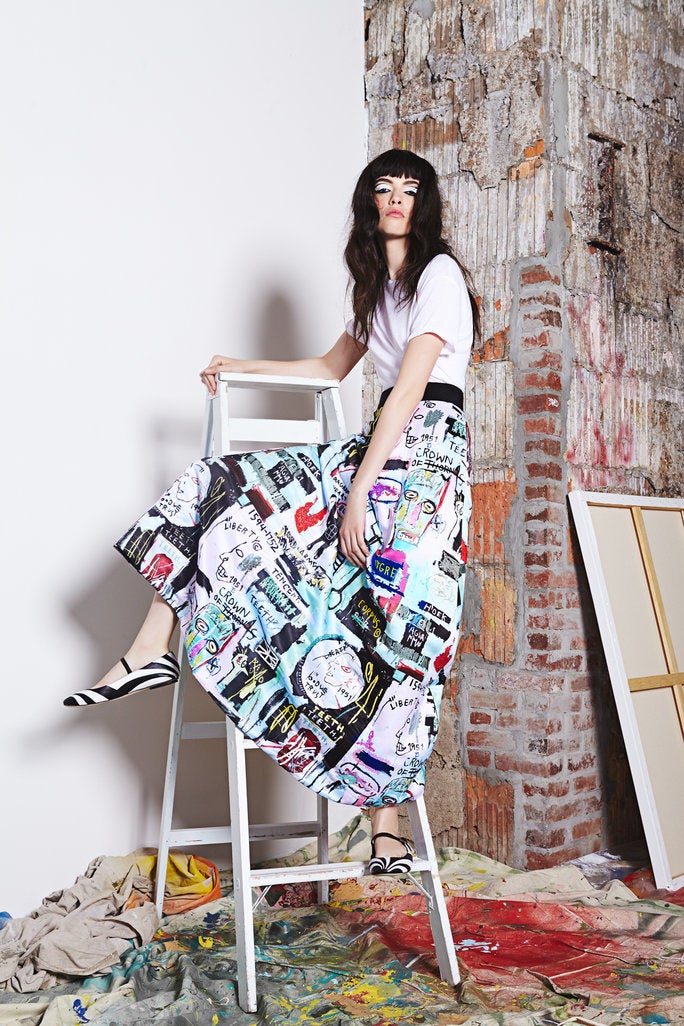 “I’ve always been a big fan of Basquiat’s work and his creativity in the world, and it all started when I was talking to Tamra Davis, who directed the Basquiat documentary The Radiant Child, and she put me in touch with the foundation,” Bendet tells us. “It’s my absolute dream collaboration, and I really wanted to take his artwork and bring it to life in a really three-dimensional way—not just the clothing, but his world.” 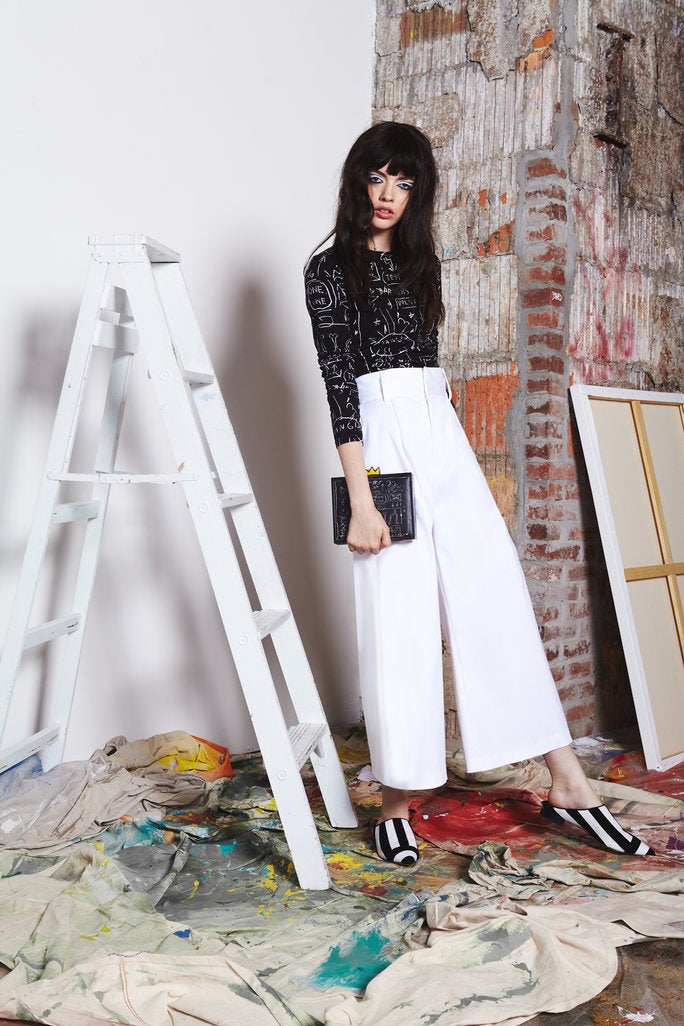 Bendet considered everything—the way Basquiat used to layer his button-downs under sweaters or how he’d have paint on his Armani suits—and translated those lifestyle details into the collection. A “Beat Bop”-inspired clutch glows in the dark as a nod to his nightlife, a raw-edged blue ruffled dress is pieced together to mimic Basquiat’s collage-style artwork, and literal references to her favorite paintings of his, like “Notary” (1983) and “In Italian” (1983) are, not printed, but boast intricate beading and embroidery. 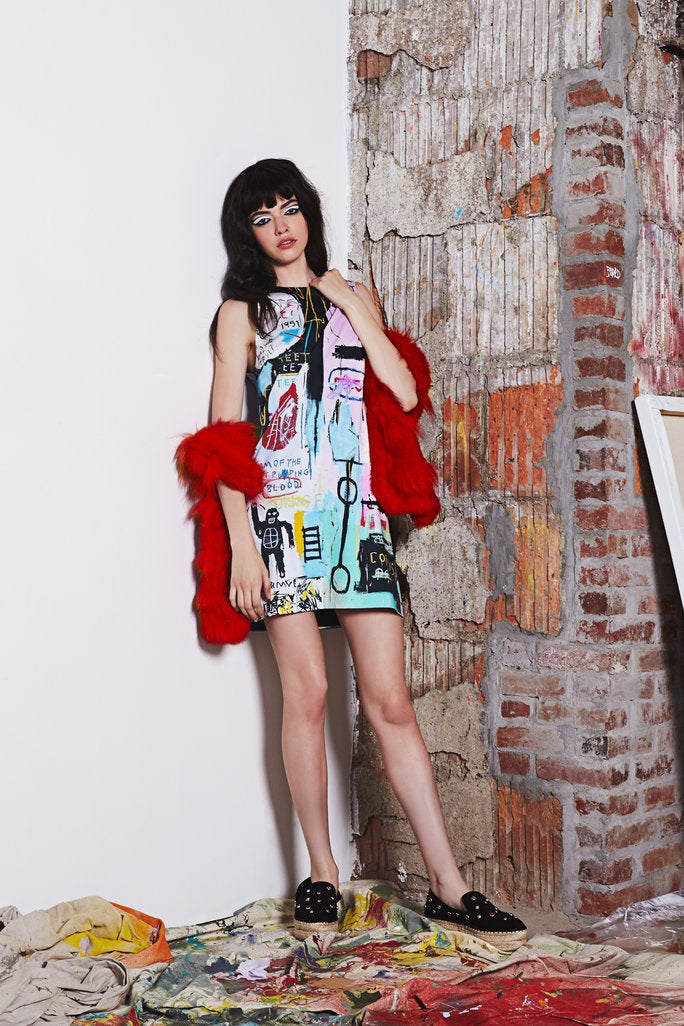 “Every piece is really about a part of his life,” she says, “and a part of his art process.” The 17-piece capsule collection (is available now at aliceandolivia.com and Alice + Olivia stores, and 50 percent of the proceeds from select items will be donated to the CFDA in support of its initiative to develop new and emerging talent.