By Britni Danielle · Updated December 6, 2020
Tonight’s episode of This Is Us promises to be a good one. For the first time ever, viewers will travel back in time to learn more about one of the most beloved characters on the show, Beth Pearson. In “Out Little Island Girl,” Beth (Susan Kelechi Watson) and Zoey (Melanie Liburd) trek to Maryland to check on Beth’s mother Carol, played by the legendary Phylicia Rashad. While Beth and Zoey try to convince Carol that it’s time to retire from her job as a high school principal, the trip causes the women to reflect on the past, and how they lost little pieces of themselves along the way. In an exclusive clip shared by NBC, viewers learn Beth (who went by Bethany growing up) once loved to dance, something Watson has in common with her character. “Maybe the greatest form of expression, to me, is the physical expression,” she said during a press screening for the episode. “And what dance does is speak in a way that, I think, words can’t. And so, I was so excited by the opportunity to go back and do that again because I’ve been dancing all my life.” 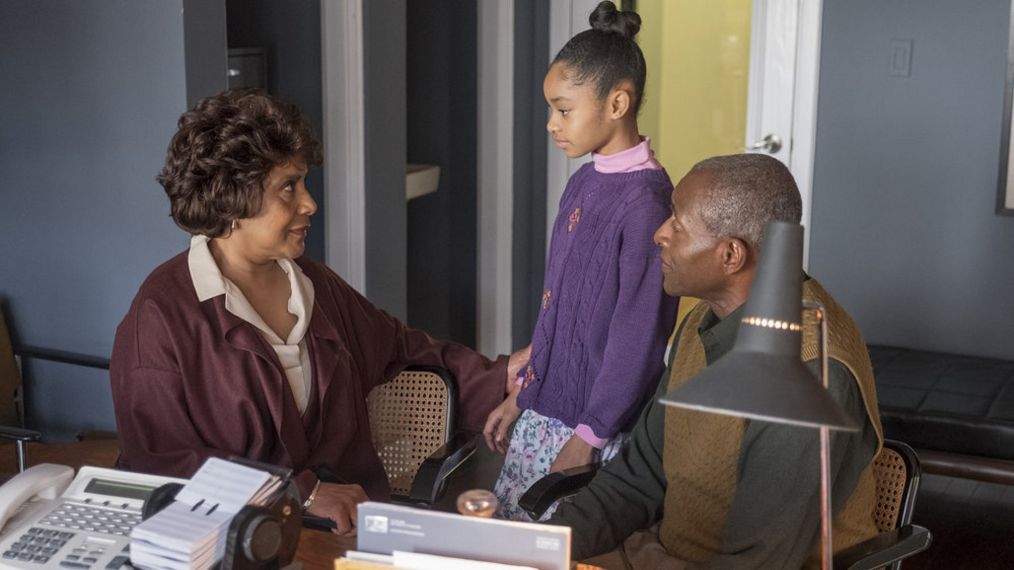 Dancing isn’t the only thing Watson shares with her character. In this latest episode, viewers learn that Beth’s father, Abe (Carl Lumbly), is Jamaican — just like Watson’s parents. “It honors my culture in such a deep way,” the actor said. “I’m always taking my Jamaicanness with me. It’s part of who I am. I think it’s part of the flavor that goes into it. Everything is that perspective, and that’s a joy for me to get to represent for my people.” In addition to Rashad and Lumbly, “Our Little Island Girl” also stars Rachel Hilson and Akira Akbar, who bring Beth’s early years to light. This Is Us airs on Tuesday at 9 p.m. Eastern and Pacific on NBC.
TOPICS:  This Is Us