By Britni Danielle · Updated October 23, 2020
The Writers Room is a series that highlights women writers in television and film, who are making waves and creating projects that are built on inclusivity and visibility. Kara Brown’s road to TV writing doesn’t fit the conventional narrative. After graduating from Tufts University, she didn’t immediately move to Los Angeles with dreams of making it in Hollywood. Instead, Brown took a job at a public relations firm and started a blog with a friend. But after submitting one of her posts to former Jezebel editor Dodai Stewart, Brown’s life completely changed. “That was really the first time where I was like, ‘Oh, wow, people other than my parents, my friends, will be interested in what I have to write about,’” the former Grown-ish writer tells ESSENCE.

Being published gave the Seattle native the inspiration she needed to keep writing. After about three years of writing for free on her own site, Brown was offered a full-time position with Jezebel where she wrote about everything from being tired of films about slavery and her feelings on Rachel Dolezal, to the killing of Mike Brown and Solange’s beautifully Black album, A Seat at the Table. Brown’s ability to tackle both serious and humorous topics with nuance, wit and a healthy dose of comedy caught the eye of one of this generation’s most celebrated writers, and almost derailed her dreams of writing for the screen. “When I moved [to L.A.], I moved out here with the goal of getting to TV,” she says. “But then I had a really hot start at Jezebel, and I was like, ‘Ta-Nehisi Coates is quoting me, so who cares about TV?’” 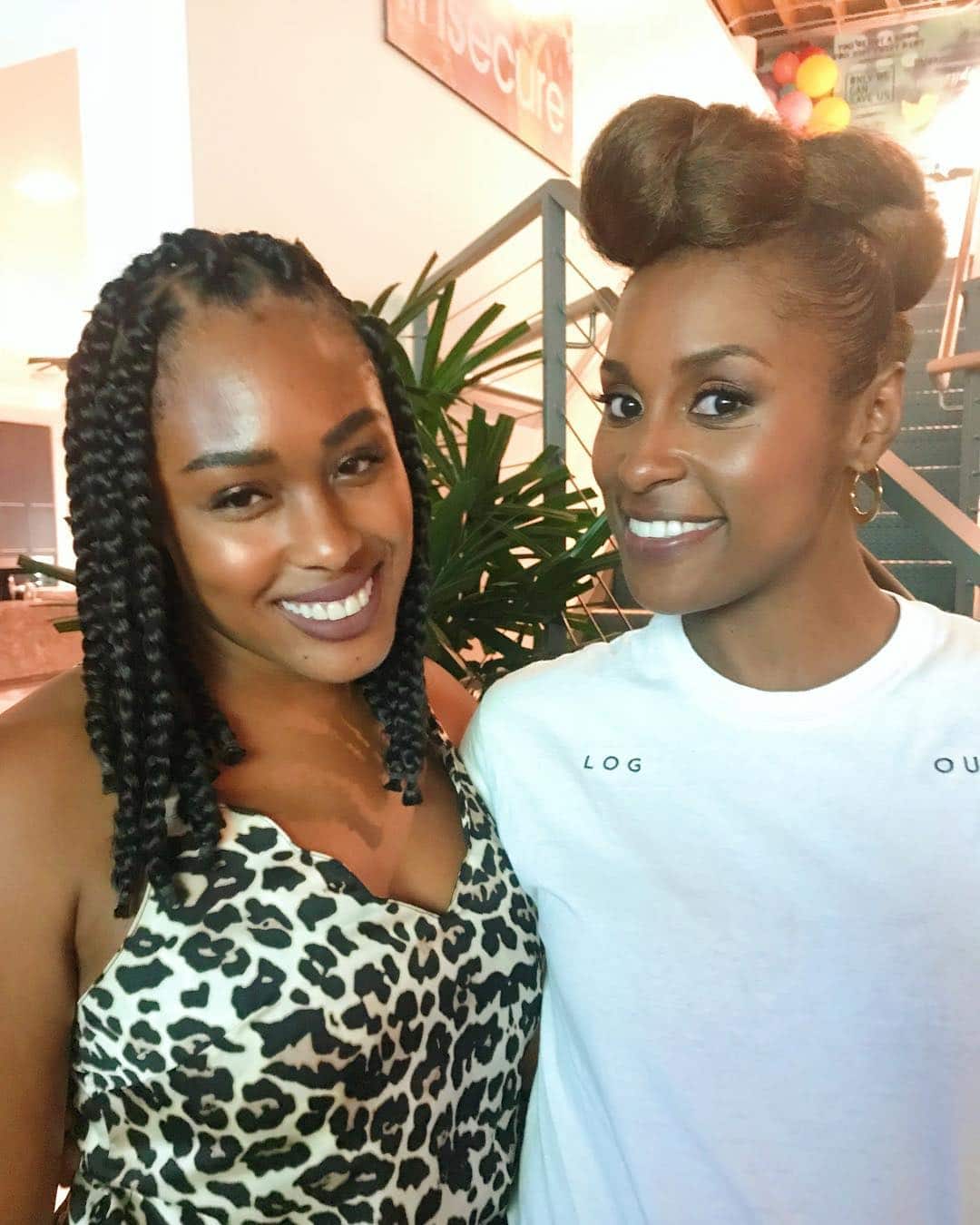 Luckily, Brown decided to try her hand at writing scripts anyway, and when she happened to meet Issa Rae at an event, she was ready for her big break. “I went up to her and she immediately was like, ‘Oh my gosh. Hello. I didn’t know you were interested in TV. Do you have anything?’” Brown just had one script, which she immediately sent to Rae. “She liked it, and I ended up pitching that at HBO,” she recalls. “They passed, but that’s how I got my agent, and it just kind of set everything off for eventually me getting the job at Grown-ish.” In this latest installment of The Writers Room, ESSENCE speaks with Brown about writing for the Freeform series starring Yara Shahidi, Brown’s unconventional road to Hollywood, and her best advice for Black women hoping to replicate her success (Spoiler alert: you have to stay ready).

ESSENCE: Before you wrote your first script had you taken screenwriting classes? Kara Brown: I was a professional writer for four years. So, it was a little different for me in that regard. I was like I know that I can do this…it’s a different medium, and you just have to learn it. You have to learn the rules. You have to learn the structure. You have to learn the formatting, and all of that stuff I think is — particularly now with the internet — easier to learn. Did you have any inspirations in terms of favorite TV shows when you were writing? Or was there ever a show that you watched where you said, ‘Man, I wish I could make something like that, but put my own spin on it?’ None of the ideas that I had were really inspired by other shows in that regard. I would just say that there were TV shows and writers who I loved. I love The Office. I’m not necessarily that type of writer, so I’m not going to try to write like The Office, but if I could write something that is as funny as The Office in my own voice, that’s sort of what I was after. Earlier you mentioned you had a lot of help from friends who gave you edits for your script and helped you make some connections. Was there one piece of advice that stuck out in your mind? I had been sending my script around and I’m getting notes on it. It was to the point where I was like, ‘I actually think this is pretty good,’ but people are still finding things kind of wrong with it or suggestions or whatever. For me, that was a moment to be like, ‘Okay, perfect is the enemy of the good. I have to trust when I think that my script is done and what I think is funny. Just because somebody doesn’t like this joke doesn’t mean it’s not a good joke, which is not to say don’t listen. But it did teach me that at the end of the day, I have to decide what my work is and [which] voice [am I] going to listen to the most — my own. 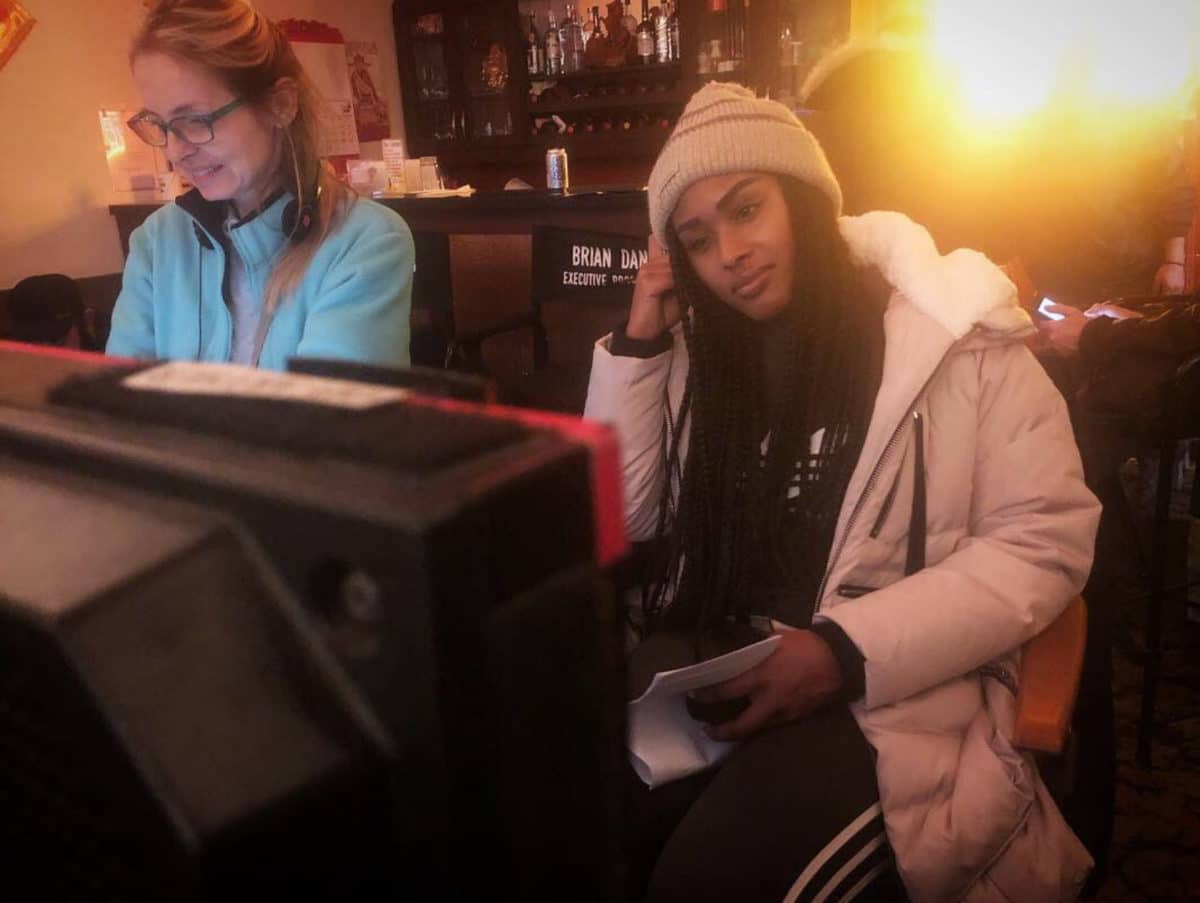 As a writer who’s new-ish to TV, how do you learn to trust your instincts and your voice? I both love and hate the internet, and one of the things about the internet that was super helpful is that you had all of this feedback. Even when I hated the feedback, you had all this immediate feedback. So I was like, ‘Okay, I know that I obviously can write funny things because I have hundreds of thousands of people clicking on something. I know that I can write something persuasive because I have a million people clicking on an article.’ So the Jezebel thing for me was very important, because…I was like I know I’m not bad at this. I know I’m not a bad writer. The other thing is when you read other scripts, and you see what’s out there, you can be pretty confident in yourself because the bar is not always as high as you think that it is. What was it like for you going into the Grown-ish writers room? It was a huge learning curve because I had never worked in TV before, but it was also just a lesson in the fact that TV is a job. It’s a job like any other job. It is a job that is maybe more exciting or something like that, but it’s a job. At any workplace, you have people who have strengths and weaknesses. Not everyone is an incredible dialogue writer. Not everyone is amazing at writing jokes. Some people are really good at doing story. Some people are really making sure the script stays in the number of pages that it’s supposed to be.

Paris got me double posting. Shoutout to my Instagram mom @padjemisme

Your next project is the CW series, In the Dark. How is this one different compared to your experience with Grown-ish? I always said that I wanted to do both comedy and drama. Comedy was the first thing that I tried writing, but I wanted to have experience in both. So this was a really cool opportunity to get experience in both. For me, one of the reasons why I wanted to do that — and also it’s why I continue to do magazine articles — is that I don’t ever want to be presented with an opportunity and feel limited by my own skill set or experiences. I don’t want to have the opportunity to write on some amazing Shonda Rhimes drama, but then because I’ve never written drama before I don’t feel qualified or I’m not qualified. So for me, a lot of it is about building up all of these different areas to be as well-rounded as I can. What is it like being a Black woman in these spaces? On Grown-ish, it was fairly easy because we had a lot of Black people, specifically women, in that room and on that show. I think it’s similar to being a Black woman in a lot of different spaces where there are moments where I’m so happy that I’m there to be able to provide context and explain things and make sure that my voice is heard and this perspective is heard and that we don’t make any mistakes in regards to the stories that we’re telling. But there are also times when it’s super frustrating just like it’s frustrating to be a Black woman in a lot of spaces. Entertainment, I think, is a little different because your voice is necessary in a slightly different way than it is if you’re in another career. Also — because everything is so forward-facing — if you’re stepping in or offering your opinion, it’s something that could really reverberate because potentially millions of people are going to see it. So, you feel like you have this responsibility, but it’s also hard because I don’t have my own show yet. These are not my television shows and these are not all my decisions. You offer your opinion and suggestions, but at the end of the day the decision is not mine, and you have to be OK with that.

We stan greenery and 64 degrees and sunny days in February

What kind of advice would you give to someone, particularly Black women, who want to get into the business? The most important thing is being an excellent writer. That’s what I care about, and it’s honestly something that Hollywood sometimes cares about, and sometimes they don’t. So, it’s just making sure that you’re writing all the time and reading and getting better so that when the opportunity does present itself, you’re ready. If I hadn’t had that script done when I met Issa, if she had been like, ‘Send me something,’ if I was like, ‘Can you give me two or three weeks?’ that opportunity might have been gone. Also, there are a lot of people who are just really good at promoting themselves, and who are really good at putting themselves out there. I think I’m fine at promoting myself, but it’s not something that I try to do because I’m more concerned about like, ‘Is my script tight? Are the jokes funny?’ Depending on who you are, you could be someone where you just promote the sh-t out of yourself, and you also have some good writing to back it up. [Lena Waithe] is a really good example of that. This interview has been edited for length and clarity.
TOPICS:  Kara Brown The Writers Room