Skip to content
Getty Images
By Joi-Marie McKenzie · Updated December 6, 2020
“You’re leaving too?” Tamera Mowry-Housley asks celebrity make up artist Renny Vasquez with that signature pout we all fell in love with on Sister, Sister. He along with several other members of The Real‘s glam squad had been with the co-hosts since 5 a.m. that morning, and it was now close to 5 p.m. in the evening. “OK! I love you!” she says when he confirms that he indeed has to run. As Mowry-Housley plops down onto the couch beside her co-host, Adrienne Houghton, she scratches at a persistent stain on the singer’s knee. It was the smallest of gestures between the two co-hosts, but one you’d only expect from a sister just making sure her girl looks presentable for the last interview of the day. When the ladies of The Real are in a room together, it is a complete love fest peppered with inside jokes. And the love is contagious. No one is exempt from it. Not this interviewer, not the make up artist, not even the show’s publicist. Five seasons after being placed together by some very smart executives, and with Rachel Miskowiec, a female executive producer at the helm, the co-hosts of The Real have sort of crossed the burning sands. Their Emmy win is proof of that. Their guests — which have included Issa Rae, Jada Pinkett Smith and forever first lady Michelle Obama — is also proof. 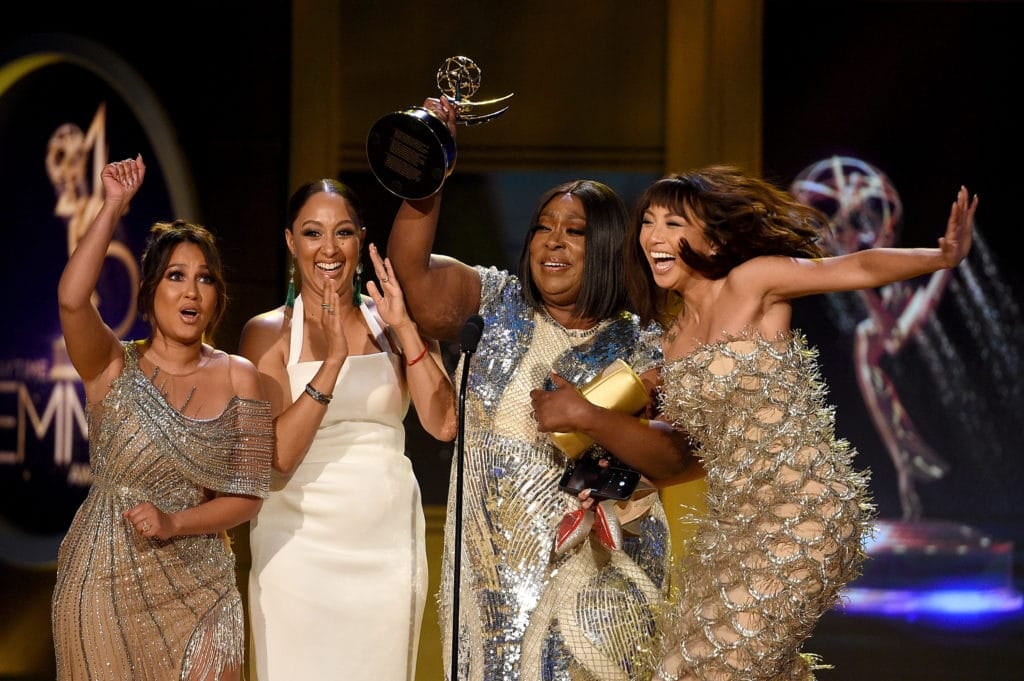 And they’ve been through some things. Most of which they’re happy to open up about during their popular “Girl Chat” segment. “Back when you used to watch our show we had lots of games,” Jeannie Mai admitted. “Now, we’ve gotten so close and intimate with our fans, it’s a lot of ‘Girl Chat’ because we have a lot to talk about.” “When you’re vulnerable, that’s when people start relating…and that is a powerful and beautiful thing,” Mowry-Housley added. “There was a time when we were flooded with talk shows and they were just chopping them after the second season,” Loni Love continued. “We are continuing because…you have this chemistry of women who are discovering themselves, and opening themselves up and people are relating all across the world.” Co-host and big sister of the foursome, Love, said proudly that “the hosts have not changed” during all five seasons. But fans who’ve been with them since earlier seasons have noticed one person indeed dropped the line — or if we’re forgetting the sorority analogy altogether — was forced off the show after season two. The co-hosts only recently decided to open up about Tamar Braxton’s 2016 departure during their New York City press run earlier this month. “That’s embarrassing when you get let go of a show. That’s embarrassing so sometimes it’s better to just not say nothing and let the process play out,” Love said of why the co-hosts remained silent. “Timing is everything.” Mai added, “And we couldn’t say anything either because we have a job to uphold, and we also didn’t know what was going on because it’s just our job.” 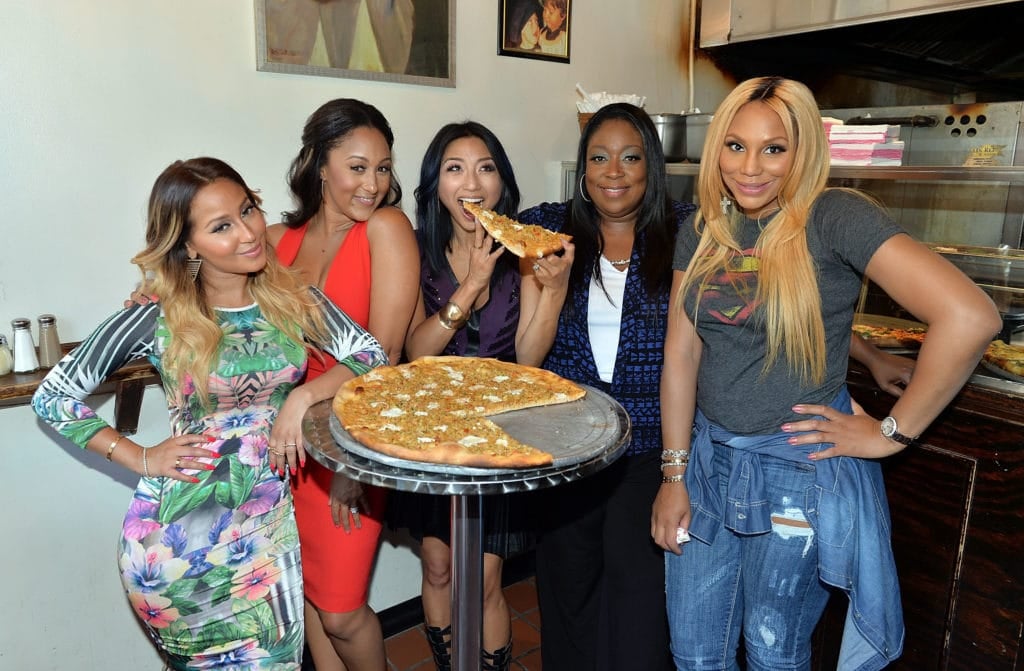 Houghton said it’s also the reason why The Real hasn’t replaced Braxton, even after rumors swirled that she was being replaced by reality stars Joseline Hernandez, or Ray J. “The same way we can’t get rid of people on the show, we also can’t stop them from adding one,” Houghton said, noting that the co-hosts preference is for the slot to remain unfilled. She added that the ordeal was hard on the hosts, but it’s forged a sisterly bond between the foursome — one that they don’t take for granted. “In all honesty, there was a moment in time when we said, ‘Why is this happening to us?'” Houghton recalled. “But because of going through that, we more than ever value this…and what we went through has made our bond so much stronger. And we’re grateful for that so we value this; its precious to us; and we don’t allow anything to infiltrate this.” Looking over at Houghton, Mowry-Housley chimed in, finishing her sentence, “You can’t force this.”