Let’s just get this out-of-the-way: the artist formerly known as Syd Tha Kyd—the one who started out DJing for the controversial hip-hop juggernaut Odd Future and led the cool-kid soul band The Internet—identifies as “gay.” Although she is perhaps the first Black mainstream singer to openly court another woman in a video (“Cocaine”), and she always presents as boyish, Syd (no more “Kyd”) bristles at the idea that she’s a pioneer in the Black music game.

“I don’t think it would be right to consider myself a pioneer at 24,” says the Los Angeles native with a chuckle more rueful than amused. “The most I’ve dealt with is with photo-shoot people hiring a stylist who brings women’s clothing. I just say, ‘I’m sorry I don’t do that’ and it’s all good. People have asked me how I’ve been so unapologetic. That’s cool to hear, but I don’t know. I just didn’t know any other way.”

What the preternaturally low-key artist does enthuse about is the synth-heavy ‘90s-era R&B music she writes, produces, mixes, masters and performs in an Aaliyah-reminiscent soprano. Syd has always been convinced of her gift for making tracks—she built a home studio at age 14, and later graduated from audio recording school. But she says she “sucked really bad” when she started singing at live shows with The Internet in 2011.

“There was a lot of time I wasted trying to be a traditional soul singer because I felt I was lacking those climactic moments,” says Syd, who grew up on Brandy, Usher, Erykah, and a side of N’Sync. “I hired a vocal coach as soon as I could. Now I know that the gift in me not being a belting singer is that it’s what sets me apart.”

Rather than break with The Internet sound, which was prominently featured on the HBO hit Insecure, Syd’s solo debut, Fin, sticks with the group’s blend of trap beats and R&B. The album would be quite comfortable on a playlist featuring artists like Jhene Aiko, K. Michelle, Missy Elliott and Tank. 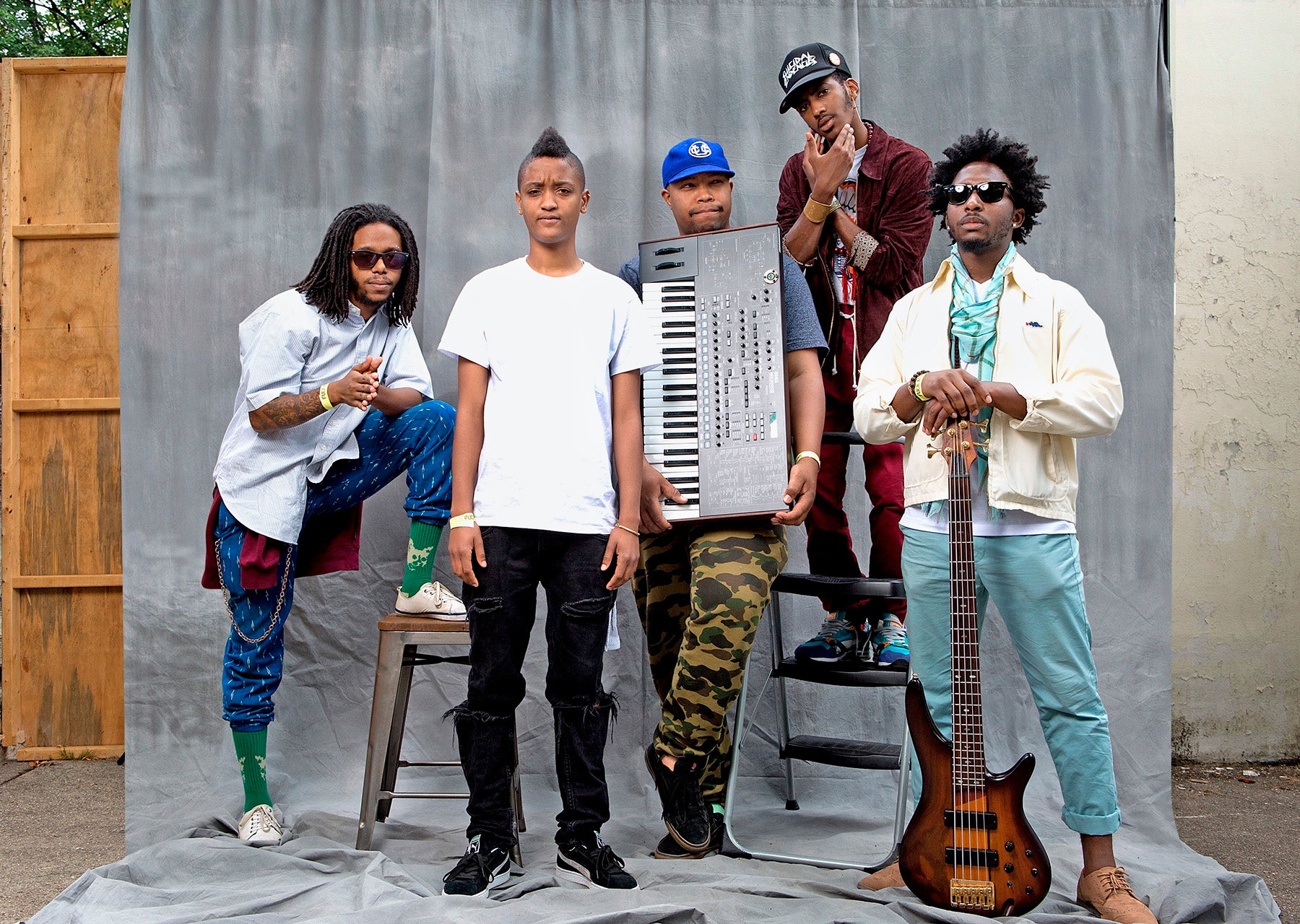 But unlike other young starlets, Syd doesn’t project an image of opulence. She readily tells you that she still lives with her parents and younger brother, Taco, because it makes sense financially. She’s also a proponent of wellness, working with a college basketball coach who serves as her yogi, nutritionist and sometimes therapist. “What she’s about is balance,” says the singer, who struggled with depression in high school and on tour with her old group, Odd Future. “I make sure to be centered.”

In many ways, Fin is just the beginning for Syd as an artist, on her own instead of being flanked by an all-male squad. And despite an identity some unnecessary complicate, her dream for the album is pretty basic:

“I just want people to be able to listen to the whole thing without having to skip any songs,” she says. “I don’t want Fin to be a guilty pleasure. It’s a menu of all I can do.”

This feature originally appeared in the April 2017 Issue of ESSENCE Magazine.

Ciara Opens Up About Her Campaign With Rice Krispies