Ruth Carter is a name you should remember.

Think back to the “Bed-Stuy Do or Die” shirt Radio Raheem wore in Do The Right Thing. Can you recall the eyeglasses Denzel Washington wore in Malcolm X? Better yet, remember the outlandish orange PVC jumpsuit Halle Berry wore in B.A.P.S.

Carter is the genius behind all these looks, having worked with Spike Lee, Steven Spielberg, Robert Townsend and Keenan Wayans. She brought her talent to the set of Black Panther for the highly-anticipated film.

Yes, the film stars Chadwick Boseman and Lupita Nyong’o and Angela Bassett. But creatives like Carter make the fantasy come to life with her innovative and stunning work. Ahead of the film’s premiere (Feb 16), we spoke to Carter about her costume design for Marvel’s lead Black superhero film.

“I had some incredible books, one double volume set called African Ceremonies, which was kind of like a Bible for me,” Carter said about preparing for Black Panther. For the deeper meaning behind tribal patterns and colors, Carter also did some online research. 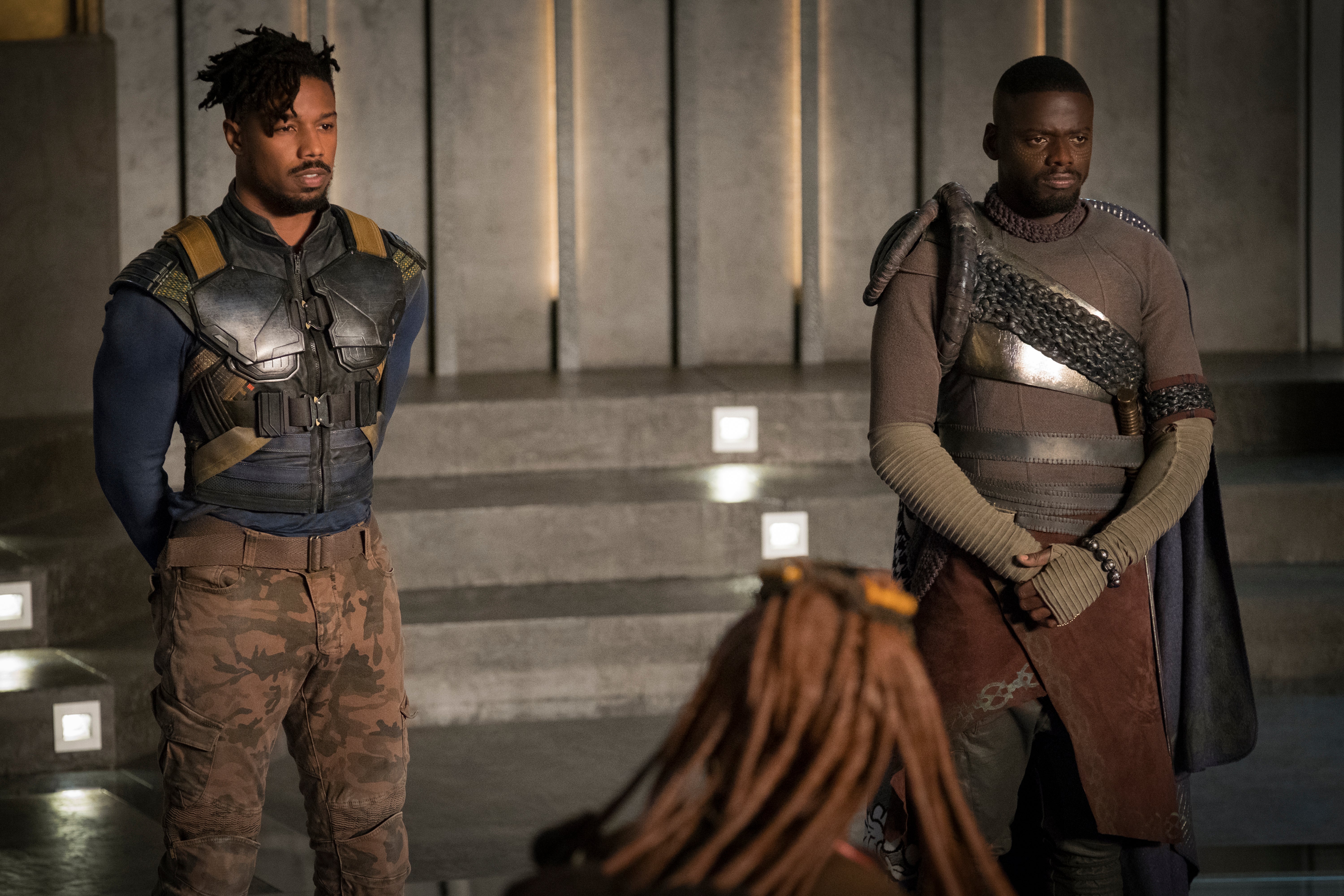 For Carter, the importance of being culturally accurate was imperative to the storyline. In addition to tailors and seamstresses in Los Angeles and Atlanta, Carter also had shoppers in Nigeria and South Korea for certain scenes.

“In South Korea we had a hanbok designer, who was designing for our casino scene,” the Hampton University graduate said. “All of the servers wear this hanbok dress, so I really wanted to make sure we did a real authentic version of one. They had their team of cutters and sewers making that.”

For comic book fans, they’ll appreciate the little details in the Black Panther’s suit as well as the Dora Milaje. “For the Black Panther [costume], there were several layers, several companies involved with making that costume. The fabric is printed, it’s mold, that’s made, the shoes are made, everything is made from scratch. There’s no place I can go to in the garment district and find Panther pieces.”

So what are some key things we should look out for?

“T’Challa’s [Boseman] Panther suit has the Okavango pattern on it from Botswana, which is a triangular pattern,” Carter notes. “The triangle is kind of the sacred geometry that you see in a lot of African patterns throughout the continent and it has a sacred meaning. When you go into a close up on the Panther suit, you’ll see the tiny triangle covering his whole suit.”

Adding, “Each Dora [Milaje] has her own special trinket on her tabor [crest on belt] that means something to that particular wearer… You’ll notice on Lupita, there’s a little alligator that signifies she’s from the river tribe.” 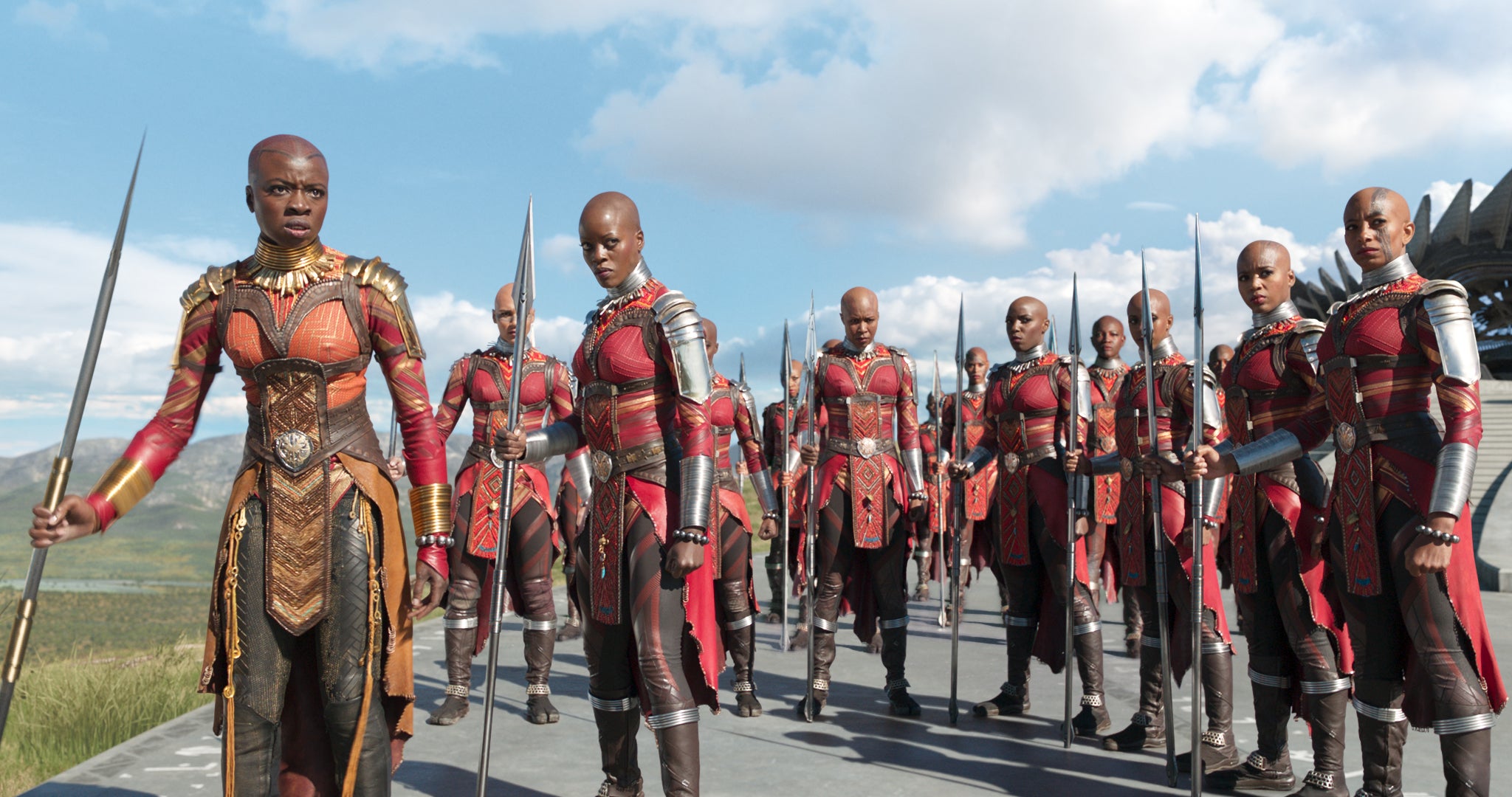 In the business for over two decades, Carter’s work shines not just because she has vision but because her vision is informed by a love for her people.

“I just got back from Cape Town and Johannesburg,” Carter said. “I needed to reconnect with the motherland, just so my narrative felt authentic. It’s one thing to do a lot of good research, I feel like we did good research —but to actually touch the ground and talk to the people and understand how strong the culture is there— gives you a little bit more substance.”