The season finale of Real Housewives of Atlanta served audiences several levels of drama, with guest appearances and shade that set Twitter on fire.

Last night’s episode was the culmination of years of work, as Sheree Whitfield hosted a masquerade-themed housewarming party for her home affectionately known as Chateau Sheree. Having no major beefs with any of her co-stars, everyone was invited— including faces viewers haven’t seen in years.

But the most explosive guest was Kim Zolciak-Biermann —an original ‘RHOA’ cast-mate— who was perturbed after Kenya Moore was caught going into Sheree’s unfinished basement and throwing around insults about the home.

If you remember, on the first episode of the season, Sheree noted Kenya’s lack of baseboards and other issues with Moore Manor. This episode was about payback.

“Oh my gosh she said her house was more finished than mine,” Moore said, sneaking into the basement. “Oh hell no! After all the digs that she has taken at my house, this lady is living in a war zone! My whole house is done… She said that my house had bad plumbing? She had mold down there because they wouldn’t have torn all that drywall out.”

Moore quickly apologized to Sheree after being called out for snooping, but Zolciak-Biermann didn’t let the conversation die.

Kim Zolciak did not come to play with you hoes. She's on season 67 of her spinoff. #RHOA

#RHOA when kim walked in and suprised everybody was like pic.twitter.com/LftaN9Zgql

*Kim says goodbye to everyone then gets to Kenya* #RHOA pic.twitter.com/KEmgNfvnmJ

My reaction to Kim! #RHOA pic.twitter.com/ZrObVrM3HF

Zolciak-Biermann didn’t waste any time getting back into drama on Sunday. “Why are you just being an a******?” Zolciak-Biermann asked Moore. “You came here to her house. Don’t f*** with Sherée, we’ve had a long friendship here.”

“Mind your business this isn’t even about you and me,” Moore responded. “I’m not talking about you,” she said — defending herself later from Zolciak-Biermann’s criticism about her dress’s slit. “At least I don’t look like I’ve had five kids, okay.” 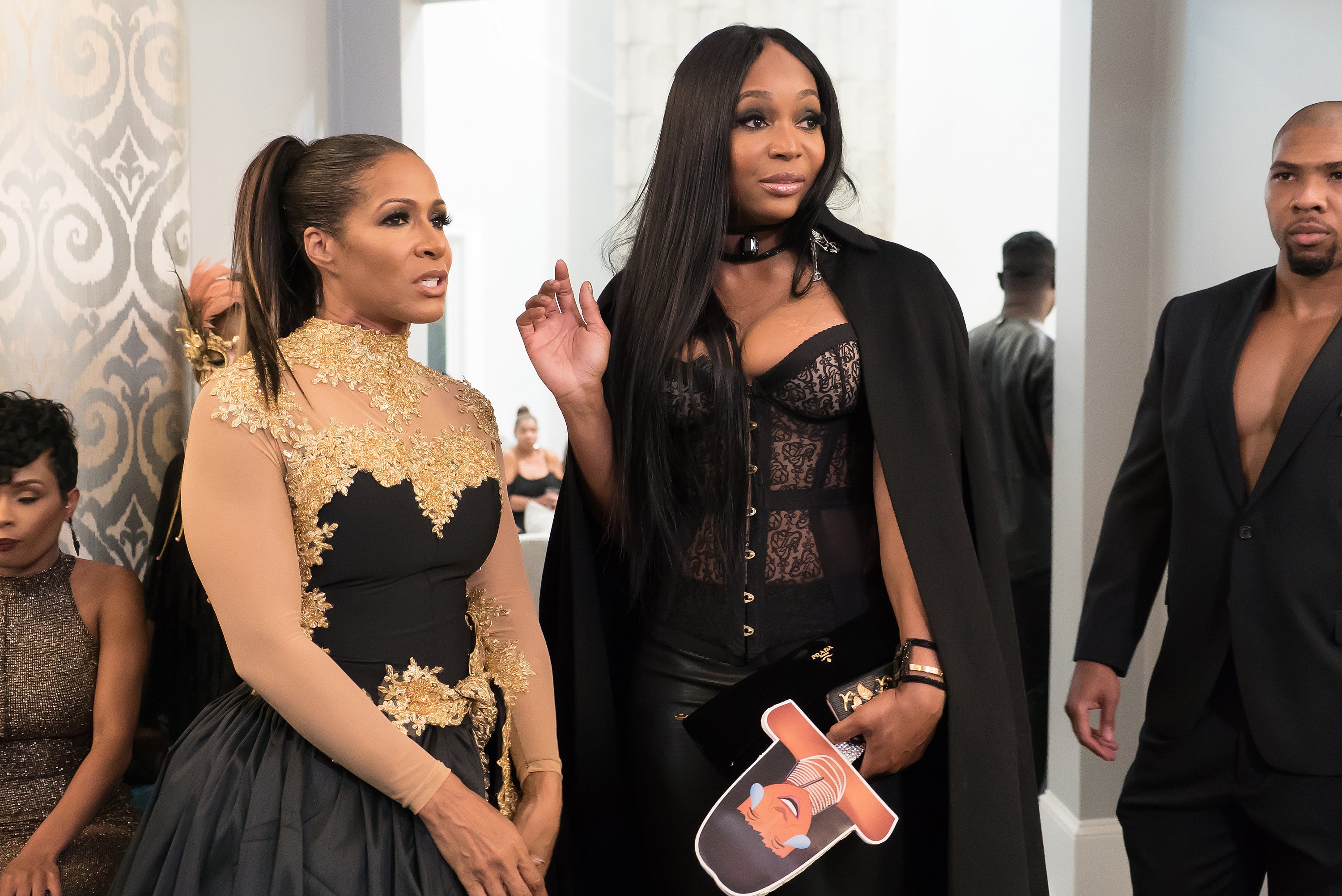 “I got a man at home. A real one,” Zolciak-Biermann said. “Don’t even pull that mother******* card with me. At least I have six kids. You should probably stop talking s*** about kids because then God might give you f****** one, nasty. Twirl your f****** unhappy ass out. You don’t come into somebody’s house while they’re celebrating moving-in and be an a******.”

Moore responded, “You don’t talk to me while I don’t even want you to talk to me. Don’t be a bitch. Your husband doesn’t have a job right now so worry about that. Worry about you and your check. I’m doing fine.”

Moore was referring to Zolciak-Biermann’s husband Kroy Biermann, who is currently a free agent in the NFL.

It was messy. But viewers noted that the addition of Kim brought a revived level of drama missing from the show. And with Kim and Nene Leakes rumored to be coming back for the 10th season, fans should look out for more of that drama coming soon.