By Joi-Marie McKenzie · Updated December 6, 2020
Regina Hall sits in a hotel room inside The London in Beverly Hills. In between interviews with press for her latest film, Support The Girls, which she’s shouldering, she’s snacking on her favorite — caramel popcorn. “They are my weakness,” the Support the Girls actress admits to ESSENCE. “At least they don’t have nuts in them — what’s crazy is that my hair stylist doesn’t help; she spots caramel corn whenever we go.” It should come as no surprise that Hall has a sweet tooth. The actress has played saccharinely supportive roles in The Best Man and Think Like a Man. And Hall’s previous blockbuster role had her portraying one-fourth of the Flossy Posse in the ESSENCE Festival-centered flick, Girls Trip. Offscreen, Hall is besties with fellow actress Sanaa Lathan for more than 20 years. The Nappily Ever After star has been in headlines recently after Hall’s Girls Trip co-star Tiffany Haddish claimed Lathan bit Beyoncé at a party. And although Lathan has denied the incident ever happened, Hall believes the story and subsequent headlines have been blown out of proportion. “Tiffany is a comedian and because she’s a comedian, she’s funny,” Hall said. “I think a lot of people took it and ran with it more than … she intended. But I thought it was funny.”

When your real life bestie @sanaalathan shows up and shows out on the pink carpet. #allsniles #girlstrip #july21

Aside from being a loyal friend, Hall recently returned from Austin, Texas, where she shot Support The Girls, out in select theaters today. In her latest role as Lisa, Hall portrays an ultra supportive general manager turned den mother to women working at a Hooters-style restaurant named Double Whammies. “I really just loved the script when I read it,” the 47-year-old actress replied when asked why she signed onto the film. “I just love the sisterhood theme of the movie; valuing each other.” 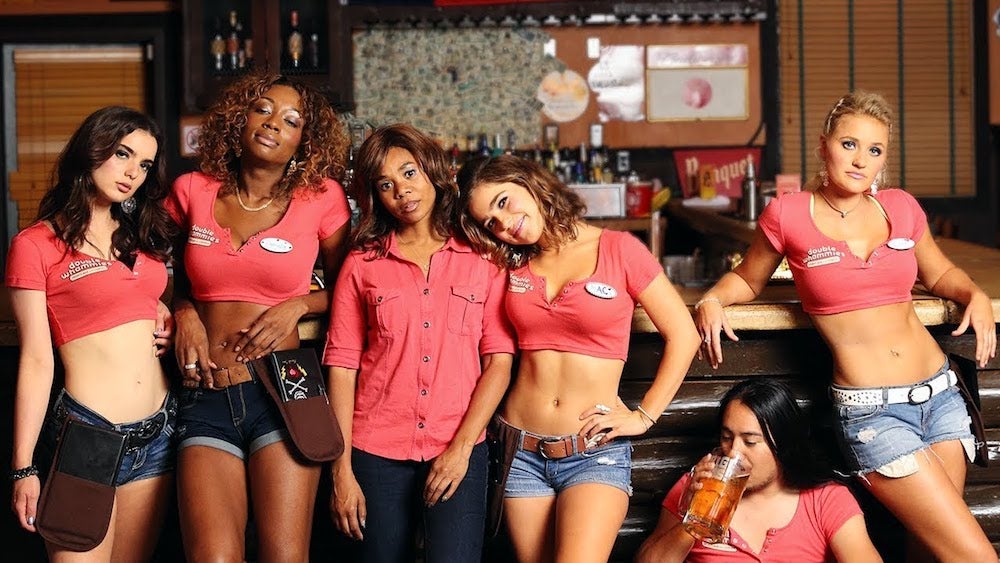 It wasn’t just onscreen that Hall stepped into a leadership role. On the set, co-star Shayna McHayle said that despite her swelling nerves — due to the fact that Support The Girls was her debut film role — Hall was there for her. “She was super nurturing and comforting,” the 26-year-old actress, whose better known as her rapper moniker Junglepussy, told ESSENCE. “She’s a legend but she made me feel comfortable throughout. She ran through the lines with me and also had little girl talk banter in between scenes.”

Hall said the film also delves deeply into what happens when women have to protect themselves on a daily basis thanks to the sexual-tinged microaggressions. The actress simply called that “the difficulty that people have in the workplace.” “We’re focused on a lot of stuff in the news in terms of Hollywood but people are going through stuff everywhere,” she added. Support The Girls, written and directed by Andrew Bujalski, hits theaters in select cities today.