By clicking Sign Up, you agree to our Terms of Use and that you have read our Privacy Policy
Skip to content
By Niki McGloster · Updated December 6, 2020
As the film industry shifts to be more inclusive, creating content depicting an increasingly diverse image of Black people, women of color are still excluded in a quite glaring way. Recent features on both television and in cinema, including If Beale Street Could Talk, Black Panther and Insecure, have begun to center various character types of Black women outside of typical tropes. Yet, issues related to colorism, fetishization and cultural accuracy continue to stifle authentic representation of Black women on screen. Despite obstacles, however, Regina Hall has shown the industry how it’s done. She has become one of the most versatile and immensely talented actresses of our time. With ease, Hall has floated between roles over the years—a bashful exotic dancer in cult classic The Best Man, an assertive beauty salon owner in the Barbershop franchise, a buttoned-up relationship expert in Girls Trip, and a ladder-climbing top trader in Black Monday. Her ongoing accomplishments illustrate the range of roles Black women both can and should play—and well. In Warner Bros. Pictures’ SHAFT, a forthcoming fresh and new take on the Blaxploitation classic, Hall stars opposite Samuel L. Jackson as his no-nonsense ex and mother of their son, played by Jessie T. Usher. And trust, as always, she holds her own. 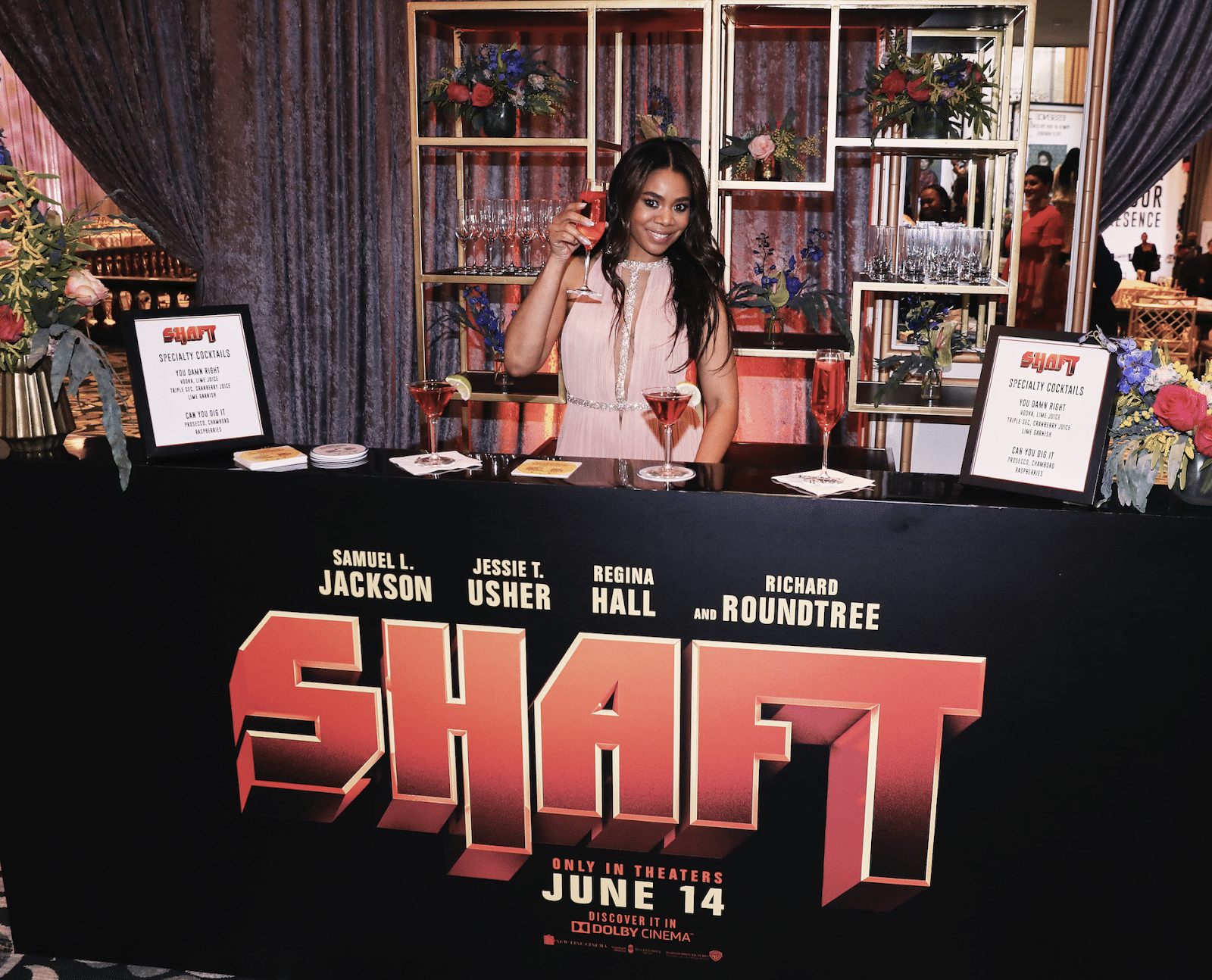 “I never had a quantum leap that was overnight but there’s so much you learn in the journey,” Hall said of her career during an acceptance speech at the ESSENCE Black Women In Hollywood Luncheon. “So I’m grateful for that.” Along the way, she has not only been celebrated for her role in representation but has also uplifted fellow Black actresses doing the work. “As I celebrate this, I want to celebrate every woman in this room,” she expressed. “It’s about what we show each other. It’s about the love we give to each other. It’s about me seeing you and saying thank you. It’s about the empowerment that we feel as people. And knowing that whether you’re hot or cold, you’re still amazing. You’re incredible.” Like Hall’s many portrayals, the young, gifted and Black women of today are many things—tough and delicate, silly and sensible, both Cardi B and Beyoncé. And we all deserve to feel seen completely. “I just want you to know I see you,” she said. “Sometimes we wait for the world to see us, but let us see each other before the world does.” Catch another moment to see her shine (for us!) when SHAFT bows in theaters June 14.