By Britni Danielle · Updated October 23, 2020
Quincy Jones is collecting all of his flowers while he’s here. At age 85, the music impresario became the first film composer to leave his mark at the legendary TLC Chinese Theatre in Hollywood when he immortalized his hands and feet in cement. “Man, what an HONOR it is to become the 1st composer to have their hand & footprints enshrined at the [TLC Chinese Theatre], today,” Jones wrote on Twitter. “I’m ABOVE cloud 9.”

Man, what an HONOR it is to become the 1st composer to have their hand & footprints enshrined at the @chinesetheatres, today! I’m ABOVE cloud 9...& a very special THANK-Q 2 this incredibly supportive fam right here ➡️ @iamrashidajones @snoopdogg @drdre @usher @kaj33
❤️❤️❤️ pic.twitter.com/HSQSH2CA4s

During the ceremony, Jones reminisced about falling in love with films as a young man. “I was so addicted at 15 years old, I can’t tell you,” Jones recalled. “I used to sit in the theater and think about composing music for these films. And I was absolutely addicted. I could never have imagined that those dreams would lead me to here, to this moment, and to be honest, it is a little bit overwhelming.” 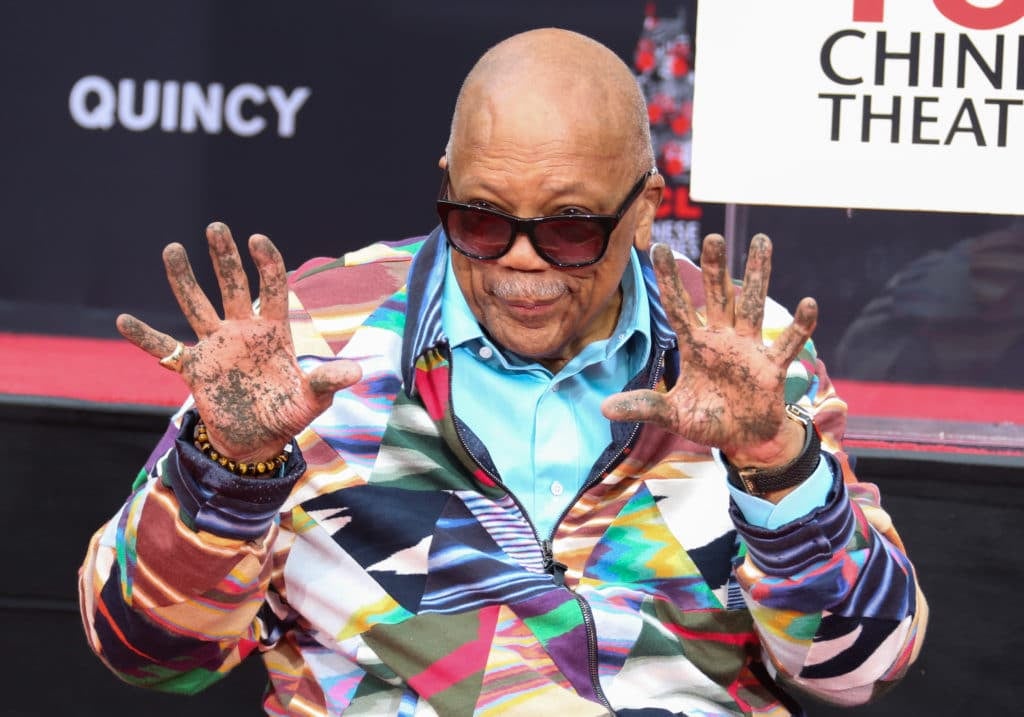 In addition to sharing his thoughts about the momentous occasion, his daughter, Rashida Jones, Snoop Dogg, Usher, and Dr. Dre also spoke about Jones’ impact on music and film. “Since he has had his hands and foot in everything you’ve ever loved, this seems like the most literal, best way to celebrate him,” his daughter Rashida joked. “The truth is we can never honor the wonderful, unparalleled, indelible career of Quincy Jones enough.” 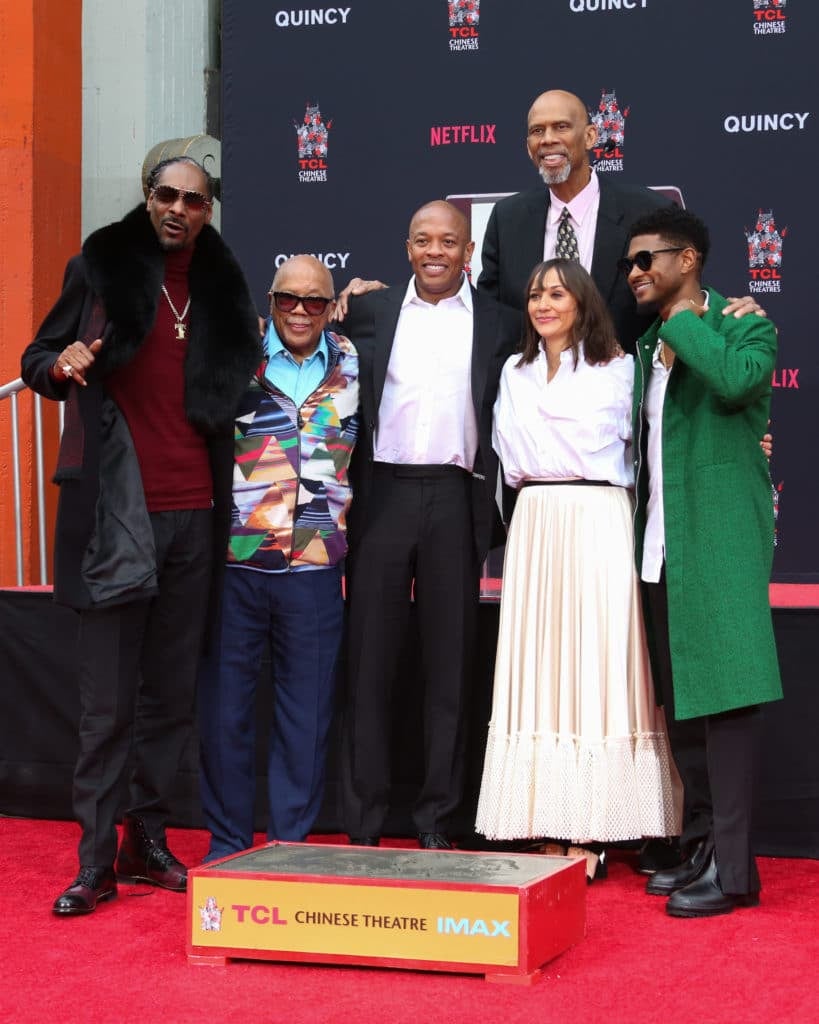 Known for being one of the most influential producers in the world, Jones has scored more than 30 films, including The Color Purple, Roots, In the Heat of the Night, and The Wiz. Jones’ hand and footprints will be on public display at the TLC Chinese Theatre where he joins Hollywood legends like Marilyn Monroe, Michael Jackson, and Charlie Chaplin in leaving his mark on the venerable institution.
TOPICS:  Quincy Jones