By Britni Danielle · Updated October 23, 2020
Spider-Man: Into the Spider-Verse director Peter Ramsey isn’t new to making history. Before he became the first Black person to win an Academy Award for directing an animated feature, he etched his name into the record books back in 2012 as the first Black director to helm an animated feature for a major studio. While he’s continued to be a trailblazer throughout his career, Ramsey still finds it odd he’s clocking firsts in 2019. 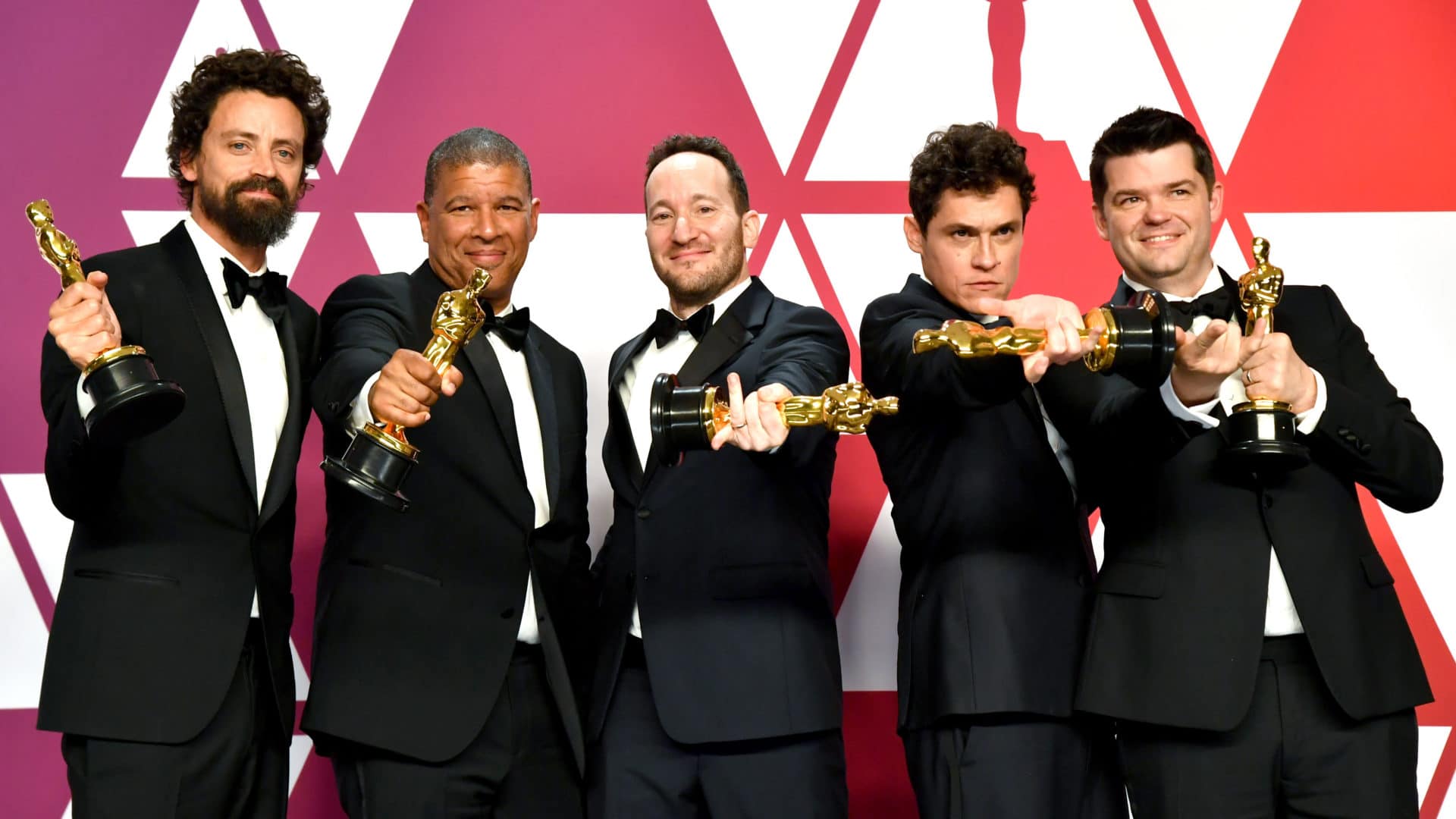 Ramsey, second from the left, became the first Black director to ever win an Oscar for Best Animated Feature for Spider-Man: Into the Spider-Verse.

“It’s pretty wild,” he told ESSENCE earlier this month. “I guess it shows how much progress there was to be made,” the director added, “but at the same time, it shows how much progress is happening lately.” Ramsey, who started his career as a storyboard artist for films like Independence Day and Fight Club, and a second unit director for projects like Poetic Justice and Higher Learning, said that while he’s honored to be recognized by the Academy, others have made his history-making moment possible. “There’s so many people who’ve come before me, paving the way, I feel like I was standing in the right time when the lightning hit,” he said. To ensure more people like Ramsey are given an opportunity, the director said Hollywood needs to be more aggressive in supporting inclusive voices. “To have a career in animation, at least on the creative side, there’s a lot of skills and a lot of training that’s necessary. The first thing is to make sure there’s access to those spaces where people can be trained,” he explained. “The industry has to be aggressive in realizing that it’s good for everybody to diversify. One reason people are reacting to Spider-Verse is that it feels fresh because it’s got a different perspective.” Into the Spider-Verse follows Miles Morales, a Afro-Latino teen in Brooklyn, who is struggling to find his place in the world. Miles was first introduced in a 2011 comic book series, which quickly became a hit with fans, so it was a no-brainer to adapt his story for the screen. “The idea to do his story, which had never been seen on the big screen before, immediately felt like something really fresh and new,” Ramsey said. Along with co-directors Bob Persichetti and Rodney Rothman, Ramsey wanted viewers to identify with Miles and his story, which was different than those depicted in other Spider-Man films.

Drop into the universe of Miles Morales in this #SpiderMan novel by @JasonReynolds83, available now from @DisneyBooks!

“When we started working on it, we wanted to make Miles a character that audiences would fall in love with, that was going to feel like he was from now. So we tried to make it as authentic and specific as possible — everything from the members of his family, the way his home and environment looked, the music he listened to — we wanted it to feel like somebody that kids could walk out of their own door and meet.” It worked. Into the Spider-Verse made over $366 million worldwide and garnered an Oscar win. While Ramsey isn’t sure how he’ll follow up this film, he does want to return his live-action roots. “I would like to be involved with something that has to do with jazz that was set in the 1950s,” he said. “It’s a super important and interesting period of art and politics. That era of history is always really appealing and interesting to me. I think there’s a great story to be had somewhere in there.” Spider-Man: Into the Spider-Verse is now on Digital and will be released on Blu-ray and DVD on Tuesday.