Tasia Wells/Getty Images
By Kimberly Wilson · Updated December 6, 2020
We knoooow. We’re bummed too. After Jackée Harry snatched all of our wigs when she told Steve Harvey the Sister, Sister reboot was “happening,” now one of the show’s stars — Tia Mowry-Hardrict — says the onscreen reunion is off…for now.
Loading the player...
“There were several hiccups, which was really disappointing,” the Family Reunion star told ESSENCE. “We were ready to say, ‘Let’s do this,” Mowry-Hardrict continued. “The actors, the writers, the producers — all of us. But then there were some sort of legal hiccups that put a halt to it.” Sister, Sister ran from 1994 to 1999 and centered on Mowry-Hardrict and her twin sister, Tamera Mowry-Housley, playing two twins separated at birth, yet reunited by a unique twist of fate when they bump into each other at the mall.

Hey guys! Been seeing loads of tweets about the Sister, Sister, reunion. I hate to say it, but I have no NEW news to report to you. Sis and I have been trying to get this going as we still are, BUUUT no NEW news. Trust, you will hear it from us first if it’s a solid go:) 🙏🏽

One of the main reasons the reboot fell apart is because those behind-the-scenes, didn’t think Marques Houston’s character, Roger Evans, was integral to the success of the show. Still, Mowry-Hardrict, Harry, and Tim Reid — who portrayed Tia Landry, Lisa Landry, and Ray Campbell on the series — shared a cute selfie last month. But it looks like that’s all we’ll be getting for the time being. “I will say this,” Mowry-Hardrict began, “I finished doing a Lifetime movie, and Jackée Harry and Tim Reid make an appearance and play my parents. So that’s kind of the closest you’ll see to getting a Sister, Sister reunion. But never say never. But I just want everyone to know that my sister and I tried our hardest.”

It only took 18 years, but what great fun to once again work with Jackee and Tia. Missing Tamera. Shooting in Salt Lake City, and the film is called, “Family and Faith.” @jackeeharry @tiamowry #tvfamily #lovetolive #lifeisgood #stillinthegame

The trio are apparently working on an upcoming movie called Family and Faith, according to Reid‘s Instagram caption of the same photo, which they shot in Salt Lake City. In addition to her upcoming TV projects, Mowry-Hardrict is also a mom to two children. And recently, the actress revealed that her “whole world was turned around” when her 7-year-old son, Cree, was diagnosed with a peanut allergy. 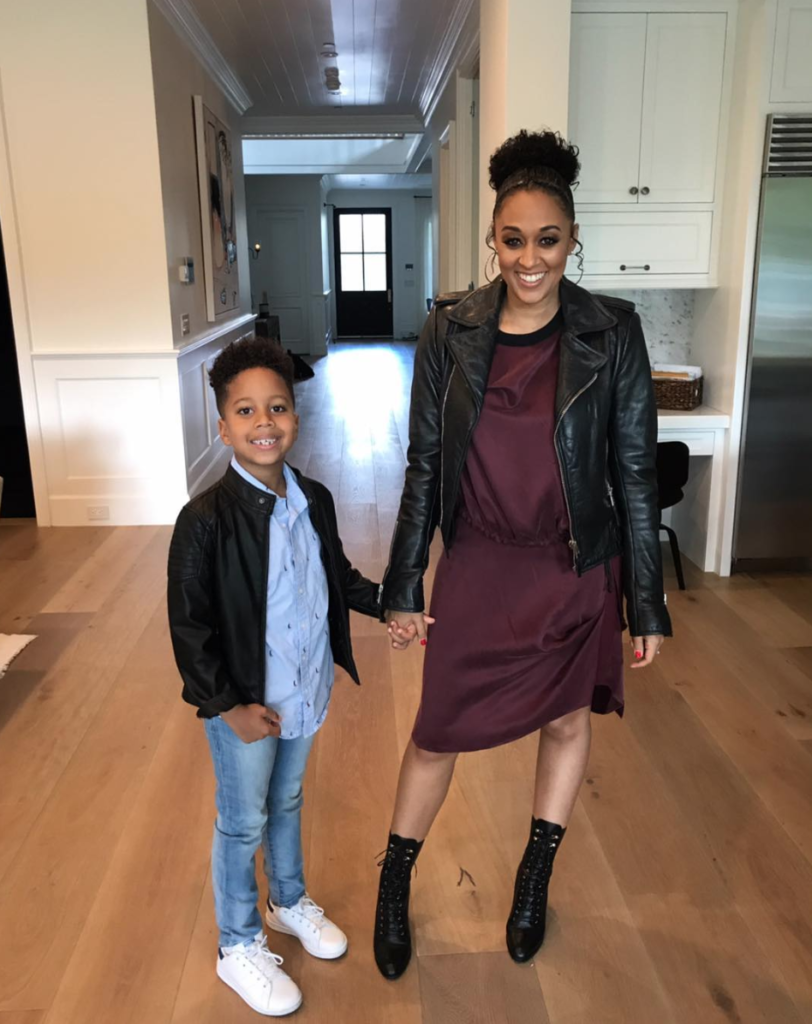 “My son was diagnosed at 3, and I was not looking for it,” she said. “I was not too aware about it. I didn’t have a peanut allergy and no one in my family has a peanut allergy.” Now that she’s learned how to get a handle on the allergy, and even used websites like TalkingPeanutAllergy.com that offer information for families like hers, Mowry-Hardrict said it’s important for her to spread awareness. “My goal is just to help parents and children to advocate for themselves,” she explained.