By clicking Sign Up, you agree to our Terms of Use and that you have read our Privacy Policy
Skip to content
Getty Images
By Joi-Marie McKenzie · Updated October 23, 2020
You can save your opinions about LaTanya Richardson Jackson playing the maid in the Broadway adaptation of Harper Lee’s classic novel, To Kill A Mockingbird. Especially since the storied actress ensured that when she embodied the role of Calpurnia in the play, reimagined by Aaron Sorkin, she knew the maid would be much more than her job title. Richardson Jackson told ESSENCE earlier this month inside New York City’s Sardi’s Restaurant that the Calpurnia theatergoers will see onstage, starting today inside New York City’s Sam S. Shubert Theatre, is “given agency, and a point of view, and a voice.” 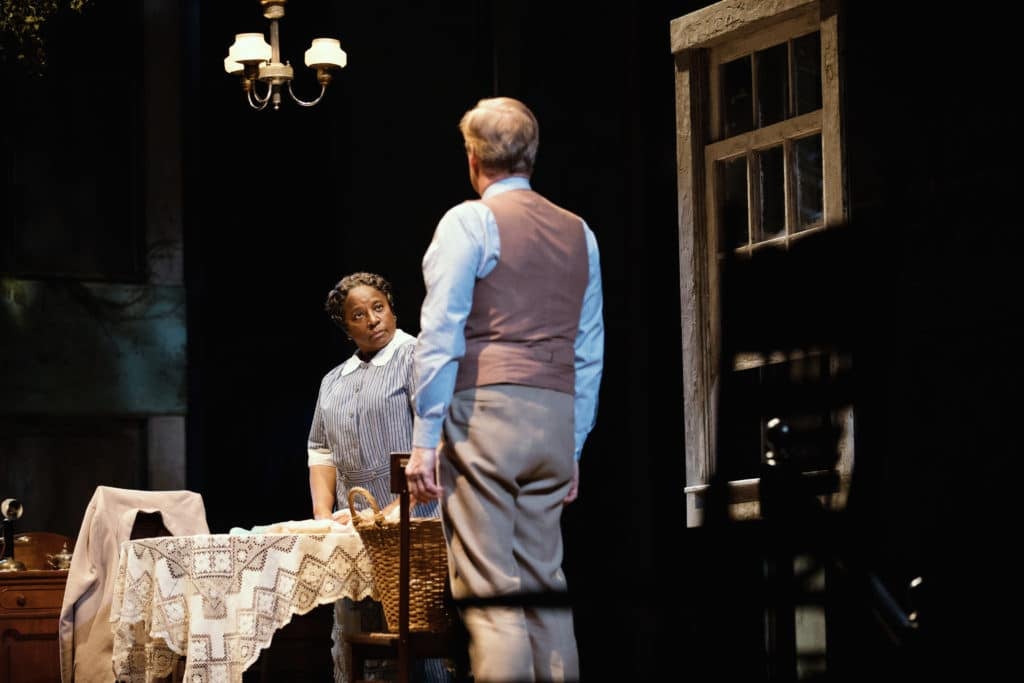 The Tony Award-winning actress credits Sorkin, who also penned such TV megahits as The West Wing and The Newsroom, for giving the 1960 Pulitzer Prize-winning novel, centered on a 6-year-old girl named Scout, her brother and their lawyer father, a “revolutionary treatment” to make it even more timely in 2018. When white audiences see To Kill A Mockingbird onstage, they may feel a sense of how far we’ve come. But when Black audiences see To Kill A Mockingbird, they may feel a sense of just how far we have to go. Richardson Jackson admitted that initially she was hesitant to take on the role of Calpurnia. “I wasn’t really down with Calpurnia in that book,” she revealed with a laugh. “I know what Harper Lee was doing, but I said…Hattie McDaniel [who played Mammy in the 1939 film, Gone with the Wind] has already done it and put the stamp on it.”

“Just imagine what those women went through…”

The 69-year-old actress said she was ultimately put at ease once she realized Sorkin and director Bartlett Sher weren’t interested in silencing the only Black woman with a predominant role in the play. Instead, they wanted to know exactly what she was thinking, and needed the audience to know it too. “That’s what got me because I wanted to know what would a wordsmith, someone who is genius at writing — because Aaron has that genius-level writing — how did he see…me? I wonder sometimes when the dominant culture looks at us, looks at an African-American, what do they really see?” she asked. “Because it’s in our DNA to see them. And we know them from tip top to bottom, but what do they see when they see us?” 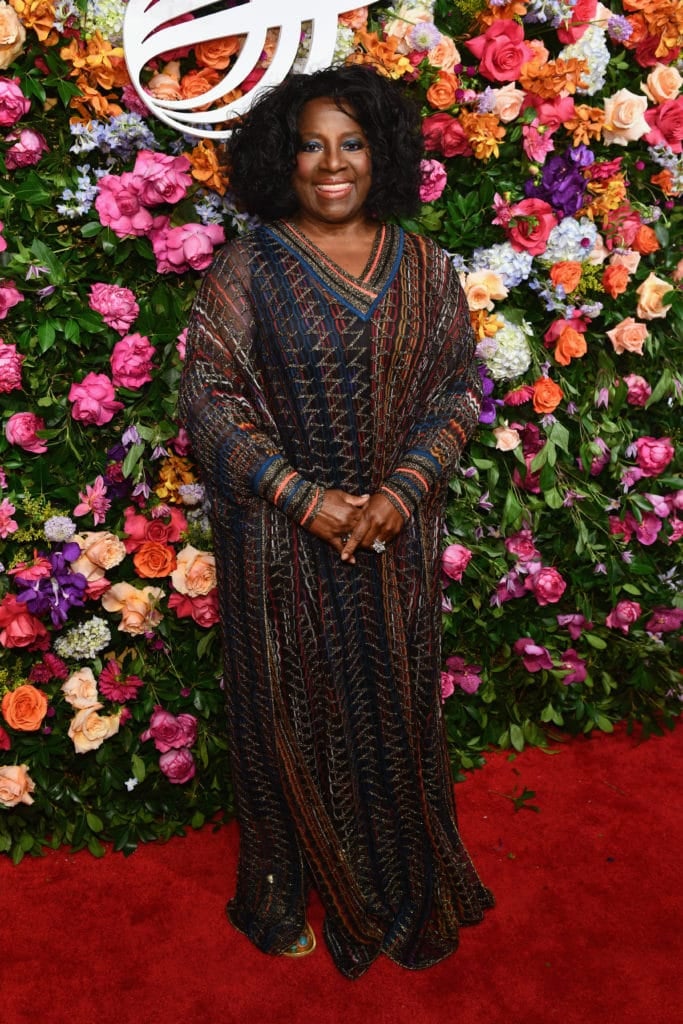 To Kill A Mockingbird follows Scout as she comes of age in her sleepy Alabama town during the Great Depression. That’s when her father is assigned to defend a Black man, accused of raping a white woman. It’s through the trial and her relationship with the housekeeper, who’s really more like a maternal figure as she lost her mother, that she begins to understand more deeply the racial disparities in her town. But is Richardson Jackson worried about how the Black community feels about her portrayal? It comes at a time when Viola Davis has repeatedly expressed regret for playing a maid in The Help, and Oscar winner Mahershala Ali was criticized for his role in Green Book with many historians taking issue with the plot and title of the film. The actress said she doesn’t “work like that.” 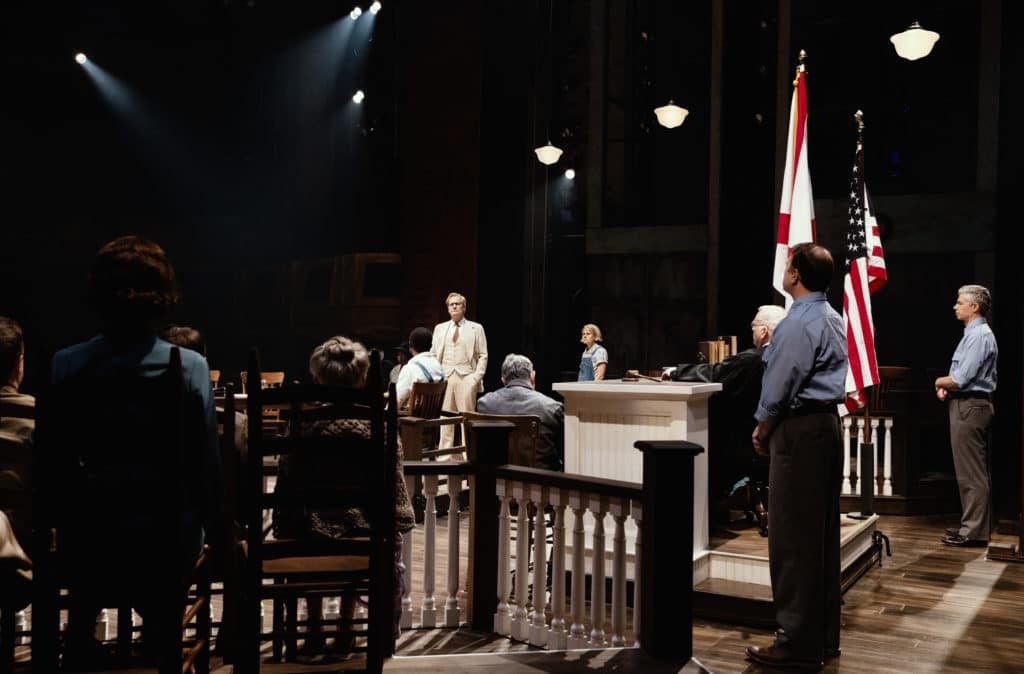 “I don’t roll like that. You can ask anyone else — ‘Oh, LaTanya, she could give a good kitten’ — I know what I do. I work hard. I always have since before [attending] Spelman College,” she began. “I’m from Atlanta. We know what service is. We know what the community is and how to always be involved because we are the ones who are the agents of change. It’s in my DNA.” Richardson Jackson said she refuses to be ashamed of portraying a maid, even in 2018 knowing the long history of how Black actress have been pigeon-held into those roles, because she’s honored to represent her ancestors, including her own grandmother, who she said worked in “private homes” in Atlanta. “Just imagine what those women went through; how they had to live. A lot of times, remember, they were taking care of kids, but their kids were at home with nobody,” she said, passionately. “I carry the truth of who Calpurnia is along with her strength. I carry that and I carry my grandmother, who was a cook.” “I remember all of the indelible impressions as I am trying to honor these women of service,” she said.