By Joi-Marie McKenzie · Updated December 6, 2020
It was still reaching 83 degrees or so when Kerry Washington returned with her family to live in New York City earlier this year. The Washington-Asomugha clan had moved back to the actress’ hometown as she returned to Broadway to star in American Son. It’s sure to be a success, especially with producers like Shonda Rhimes, Jada Pinkett Smith, Steve Stoute, Gabrielle Union-Wade and Dwyane Wade. Washington told ESSENCE back in September that she was breezily “walking incognito through New York City” while chatting with us. The multitask is real for the mother of three. In fact, the world seemed shocked recently when Washington identified herself as such with theories flying around that perhaps the ultra private actress had secretly birthed a third biological child without us being the wiser. For a mother who hasn’t shown fans a glimpse of her children (and remember when we missed her wedding?), if anyone could pull it off, surely it’d be Olivia Pope herself. But in reality, Washington was just referring to her 2-year-old son; her 4-year-old daughter; and her 12-year-old step-daughter. 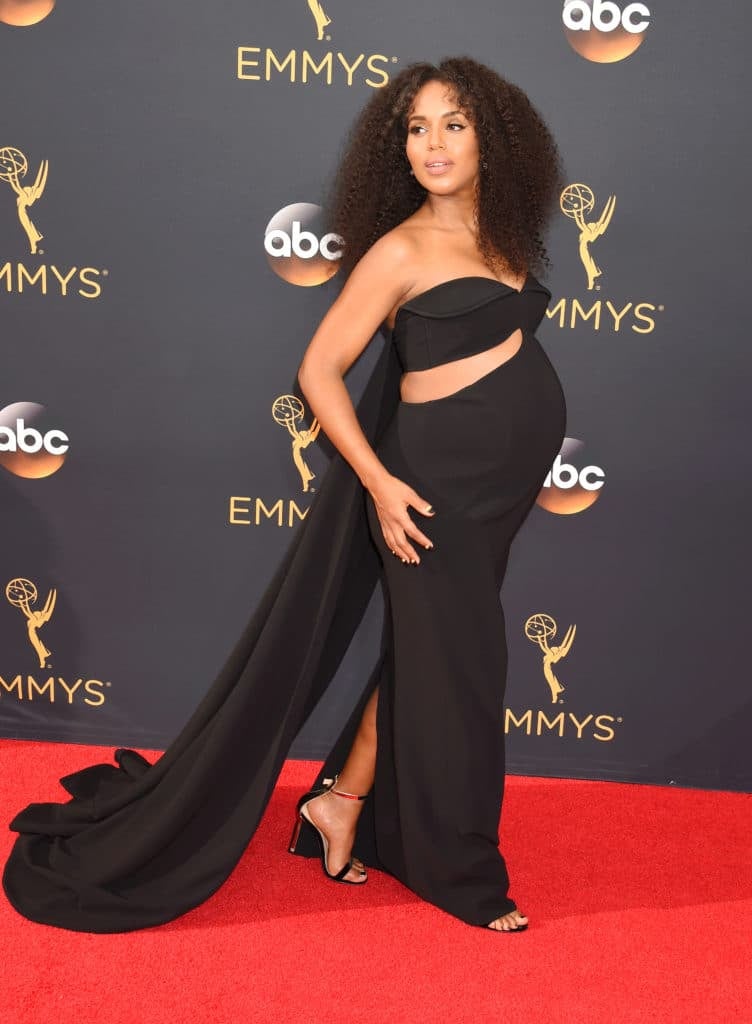 The 41-year-old actress said she’s particularly tight-lipped about her family because “when it comes to parenting — but really with any relationship — one always has to make the choices that feel right for you. And then you kind of live with those choices and do your best to make sure that everybody’s healthy and happy along the way.” Washington doesn’t even want to conjecture how her fame may affect her children. “It’s hard for me to speak to what the impact of my choices are, because, again, I feel like I don’t know,” she admitted. “One day if my kids so choose to be interviewed, they would be better to answer that question than I would because their journey is theirs, you know?” Yup, we get it. But either way, we assume if Washington’s children are anything like her, they’ll be just fine navigating the blinding roads of fame.

“I was drawn to it because…it scared the sh-t out of me.”

Washington has become a pro at straddling the line between fame and privacy ever since making Thursday night TV a must-see with her iconic portrayal of Olivia Pope on Scandal. Washington is hoping to strike gold again in American Son, which opens Sunday at the Booth Theatre in New York City. In the Kenny Leon-directed drama based on very current events, the actress stars opposite Steven Pasquale, as a mother desperately searching for her biracial son in a Florida police station. Trial attorney Christopher Demos-Brown, who penned the 90-minute play, said he was inspired by the police-involved shootings of Tamir Rice, Eric Garner and Philando Castile. Washington said reading the script had a “profound impact” on her. 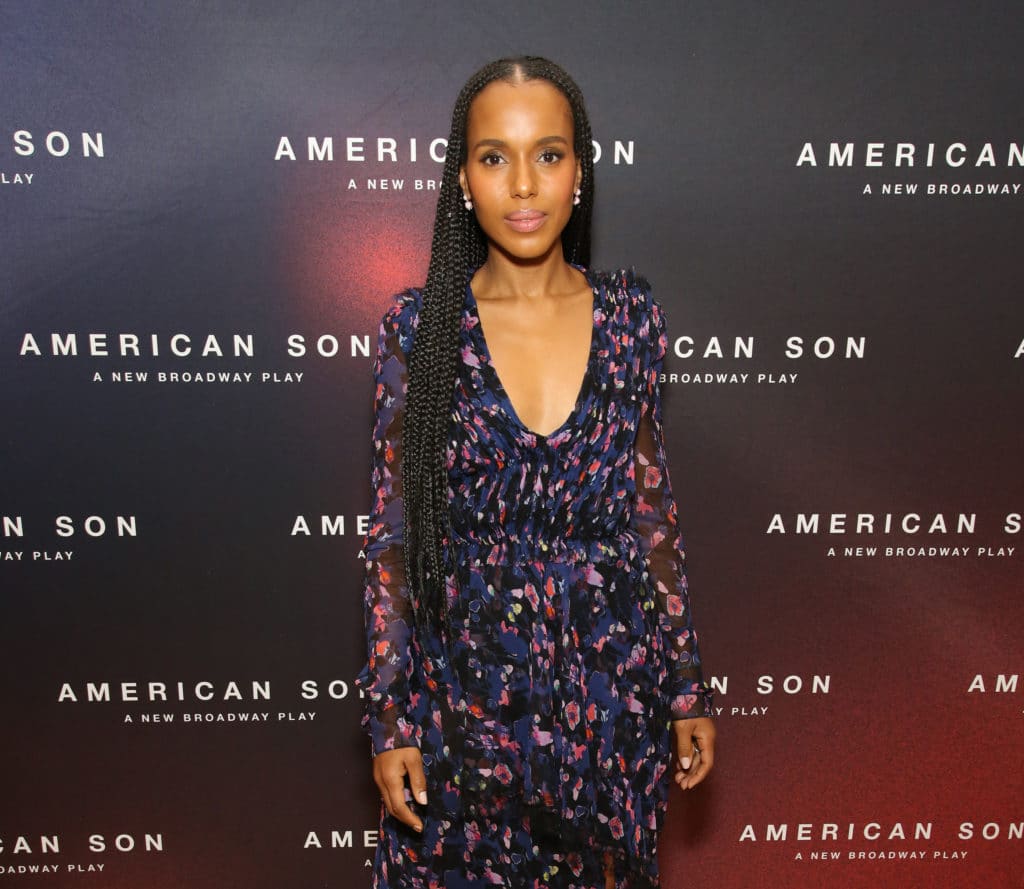 “I’ve never read or seen anything like it,” she said. “I was drawn to it because, quite frankly, it scared the sh-t out of me.” Returning to Broadway was more than a homecoming for the New York City native: It’s a return to her creative roots as well. “Everything for me started in theater and started on the stage,” said Washington. “It’s where I fell in love with storytelling and acting, so it’s really great to be back.” While she’s still figuring out where to stand onstage and what will go in her dressing room, Washington said she welcomes getting used to the challenge of having an audience instead of cameras nearby. “It’s one take,” she said. “Like, you’ve got one shot. That’s really exciting.”
TOPICS:  Kerry Washington