Skip to content
Dove
By Joi-Marie McKenzie · Updated October 23, 2020
A slight mist was in the air when we arrived last December to CJ’s Skatepark, just 20 minutes outside of Toronto. Although it was a bit cold outside as Canada braced for yet another holiday season, inside Kelly Rowland was heating things up on the set of her new music video for “Crown.” The new single, available everywhere today, was birthed from a new partnership the singer has with Dove’s Love Your Hair Campaign, #MyHairMyCrown. The power anthem aims to inspire another generation of young women, of all shades and all hair types, to love the strands coming out of their heads. With her natural curls crowning the top of her head, humidity be damned, Rowland told ESSENCE, while cozying up in a nearby trailer waiting to film another scene, why she immediately loved the song. “It just made me think about what I went through with my hair as a kid,” she began. “I was five or six when my mother put a perm in my hair and all of my hair fell out.” The “Kelly” singer doesn’t fault her late mother Doris Rowland Garrison for it though. Garrison passed away in 2014 at the age of 66, just weeks after Rowland and her husband Tim Weatherspoon welcomed their son, Titan Jewell Weatherspoon. 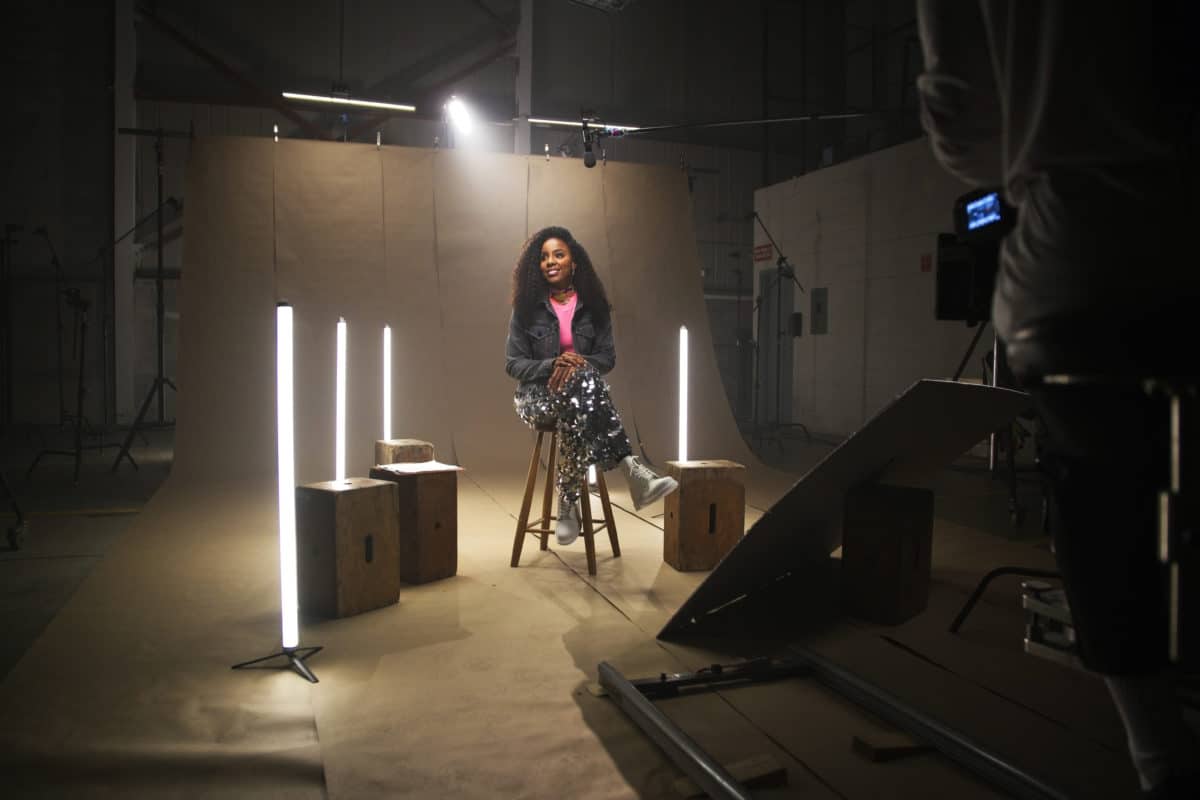 “It was what you did when you tried to make it as easy as you could, you know? And it was the best my mother could do.”  As a kid, Rowland also remembered having to negotiate getting in swimming pools. As a self-described “tender headed” girl, would she feel like getting her hair washed and blow dried just for a dip? Rowland also recalled not seeing herself on the cover of fashion and beauty magazines — a void she couldn’t miss. “I remember looking at this one cover of this magazine, and it said, ‘This is what beauty looks like.’ There wasn’t one woman on there who looked like me, whose hair was like mine. It didn’t even have any texture. It was bone straight. It was blonde,” she said. “And I just feel like now, we’re represented.” And Rowland is making sure to do her part.

In the music video, directed by Hannah Lux Davis, who’s worked with Nicki Minaj, Lil Wayne and Ciara, a number of young women who’ve been bullied for their hair are featured showing off their tresses with Rowland leading the way. One of those girls is Faith Fennidy, a sixth grader from Terrytown, Louisiana, who was kicked out of school for wearing braids. Rowland has an encouraging message for Fennidy, and girls like her who have had to deal with the consequences of being unapologetically who they are: don’t let situations like that define you. “Those moments can be so traumatic, where you carry them for the rest of your life and I just don’t want her to own it. I want her to, in her way, shake it off, as best she can,” Rowland said. “And to say that [her hair] was a distraction or disruptive, it’s like…those are words are to try to hurt and bring down someone, and that’s why we have to choose our words so carefully with young people and with each other, period.” “I remember my mom saying, ‘Your hair is your crowning glory.’ And I want girls to look at their hair as their crowning glory,” the singer added. 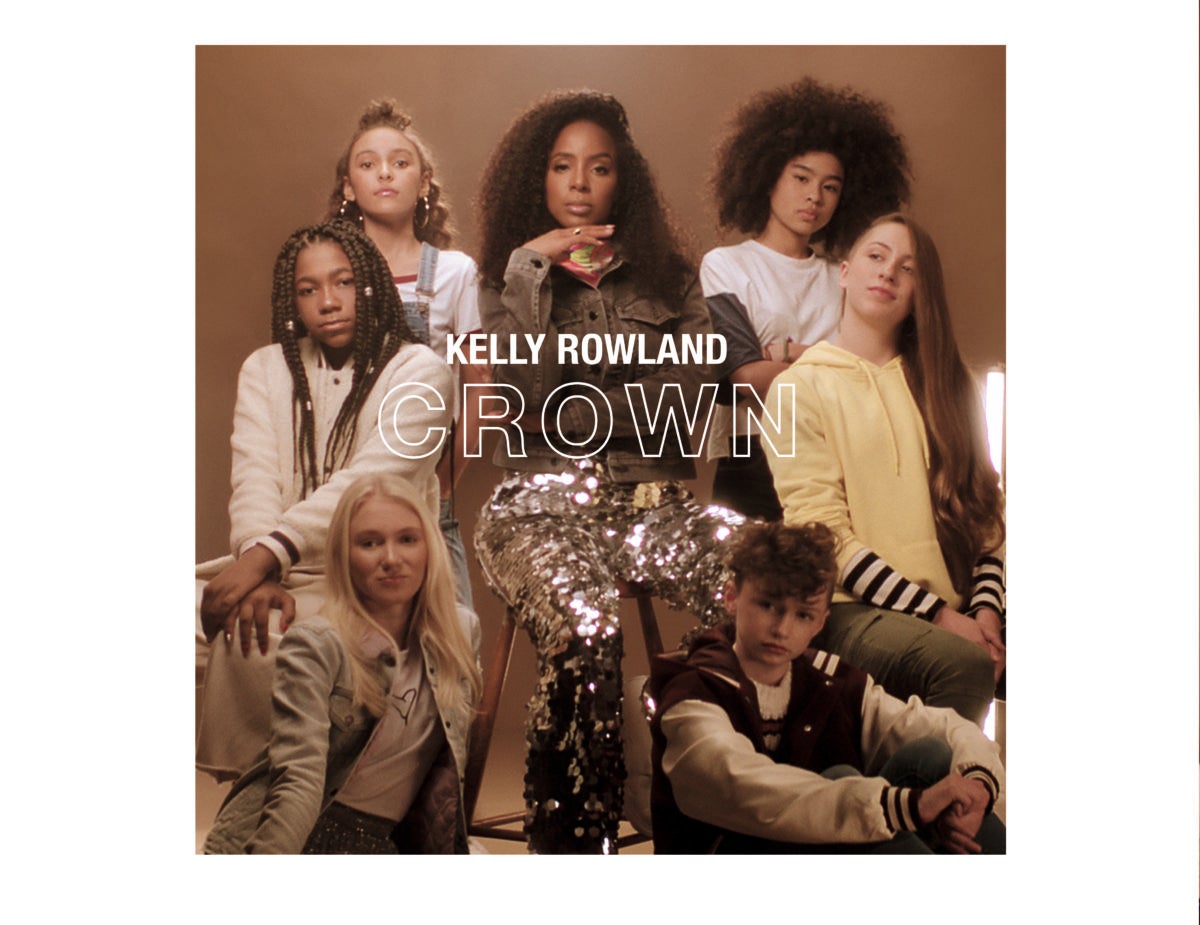 “Crown” is a record specifically for Dove, Rowland said, so it may not give fans a glimpse of what the singer has been working on for her highly-anticipated fifth studio album. It will be her long-awaited follow-up to her 2013 project, Talk A Good Game. The singer is keeping mum on the details, telling ESSENCE, “I don’t want to really like say what it is, because then I’ll talk about exactly what the record is and I don’t want to do that yet…because I’m not ready.” But when she is ready, fans will be waiting to binge-listen. Rowland said they can expect songs about what she’s been living these past few years. “I’ve just recently been inspired by life. Life is so rich right now,” she teased. “That’s the best part of the record because I’m experiencing so much of the richness of life.” Rowland added that between “marriage and children and career and balancing it out and having fun and friendships and traveling…it’s so much. It’s very rich and that’s just the surface, you know what I mean? So that’s what the record is: it’s underneath the surface. I can give you that.” We’ll take it.