By Regina R. Robertson · Updated October 23, 2020
Sunday was a milestone. March 17 marked the 100th anniversary of Nat King Cole’s birth. Though it’s now been over five decades since his passing, at the age of 45, his legacy has continued to thrive. Rightfully so. And as Dulé Hill so vividly demonstrates in Lights Out: Nat King Cole, currently playing at the Geffen Playhouse in Los Angeles, he’s more than deserving of his place in history. Once upon a time, Cole was the man. Not only was he tall, svelte and handsome, he was also ever-talented and oh-so smooth. He was a pioneer, too. In 1956, he became the first Black performer to lead a primetime, variety show – fittingly titled, The Nat King Cole Show – but even as he smiled and sang, he was fighting for respect off-camera. Yes, there was a backstory. There always is. 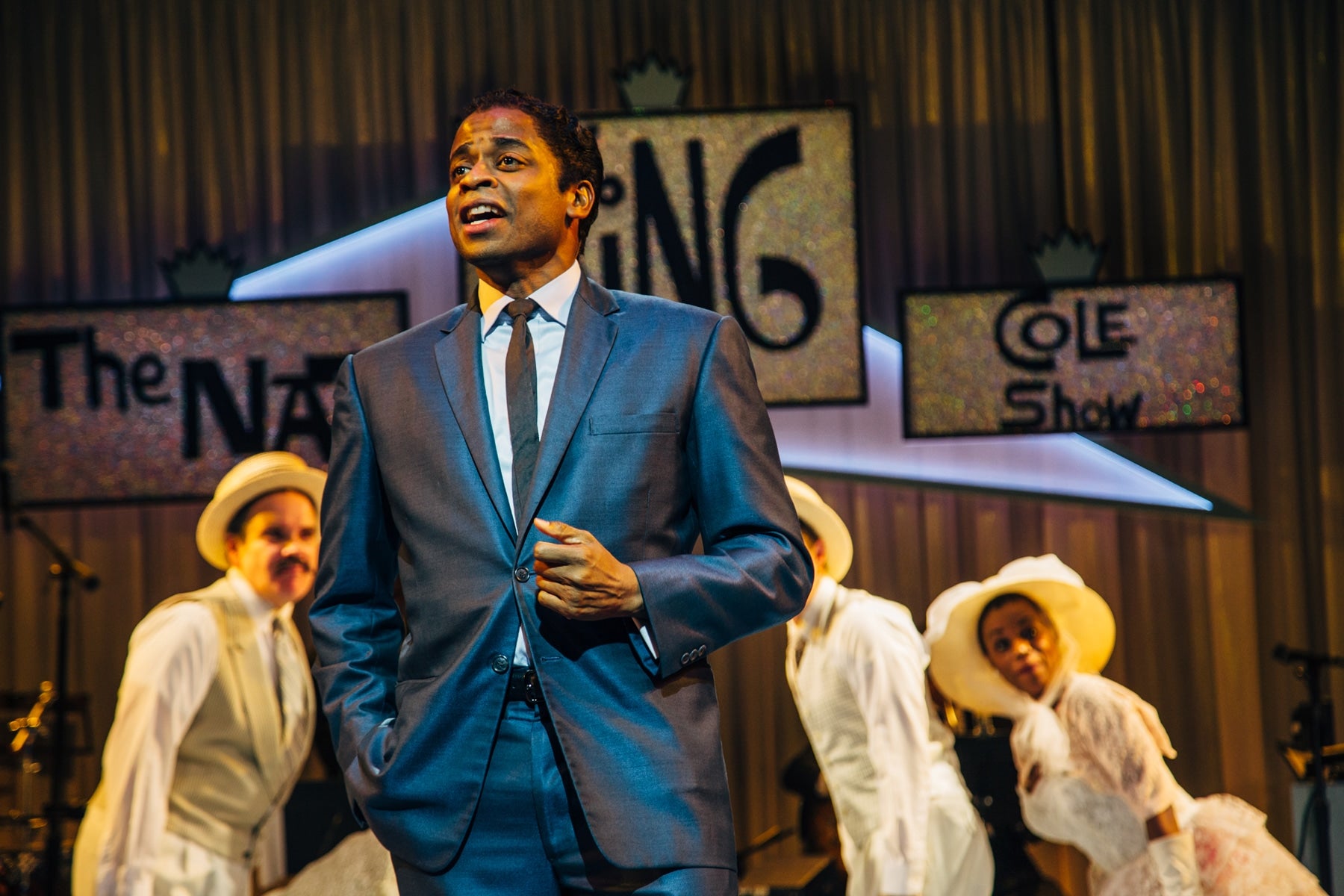 “We know Mr. Cole from afar, as this magnificent crooner who was full of grace and always came with love, but we haven’t taken a closer look at who he really was,” says the multi-talented Hill. “What I appreciate about this piece is that we pull back the layers and zoom a little deeper into what was going on behind the mask and [how he dealt with] the cost of grace.” Best known for his work on Psych, Suits and The West Wing, he seamlessly slips into character (complete with Cole’s signature conk) and segues between acting, singing and tap dancing with such ease. Audiences have taken notice. “There are very few [shows] that came along that give you the opportunity to do all three things, fully,” says Hill, who started dancing when he was 3 years old and later starred in both The Tap Dance Kid and Bring in ‘da Noise, Bring in ‘da Funk. “I think the people have really been taken aback and pleasantly surprised by the journey we take them on.” 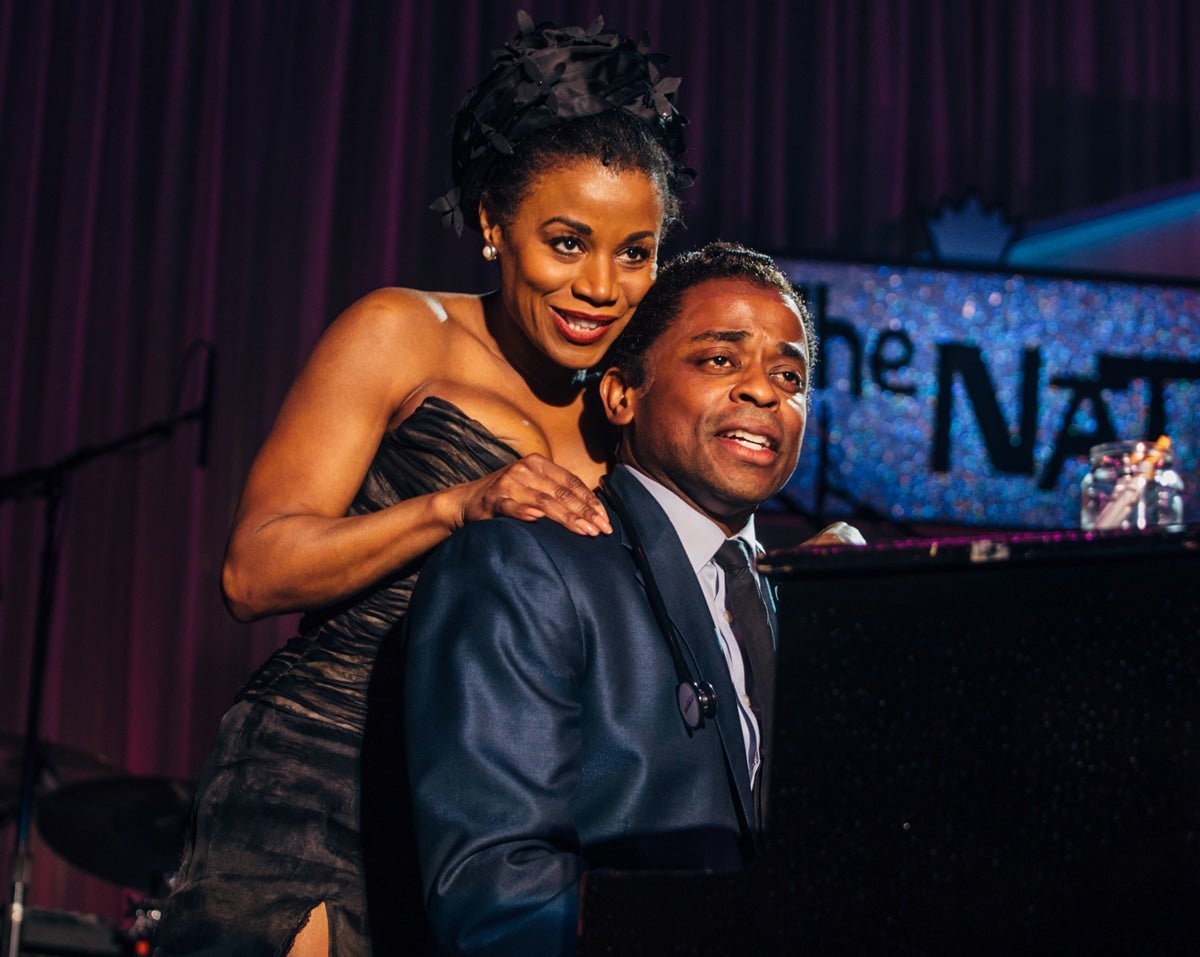 Delving into what might have been going on behind the curtain of The Nat King Cole Show, which ran for just one season, is what Colman Domingo and Patricia McGregor (who also serves as director) had in mind while crafting the script – especially as it related to race, of course, as well as the tight rope of entertaining audiences while attempting to appease advertisers. The playwrights’ interest was piqued by a magazine article that ran in 1958 in which Cole stated, matter-of-factly, “Madison Avenue was afraid of the dark.” “Nat King Cole was a man of immeasurable talent, yet as the most popular entertainer of his time, NBC couldn’t draw a national sponsor for his show,” Domingo says. “My collaborator, Patricia, and I wanted to deconstruct this American icon and therefore, deconstruct the American dream, so we started to hint at a peak of rage…that fire that burns in all artists. Rather than a cradle-to-grave biopic, we [focused on] a moment in time where we examine not only his psyche and soul, but also the psyche and soul of America [through] the lens of 2019.” 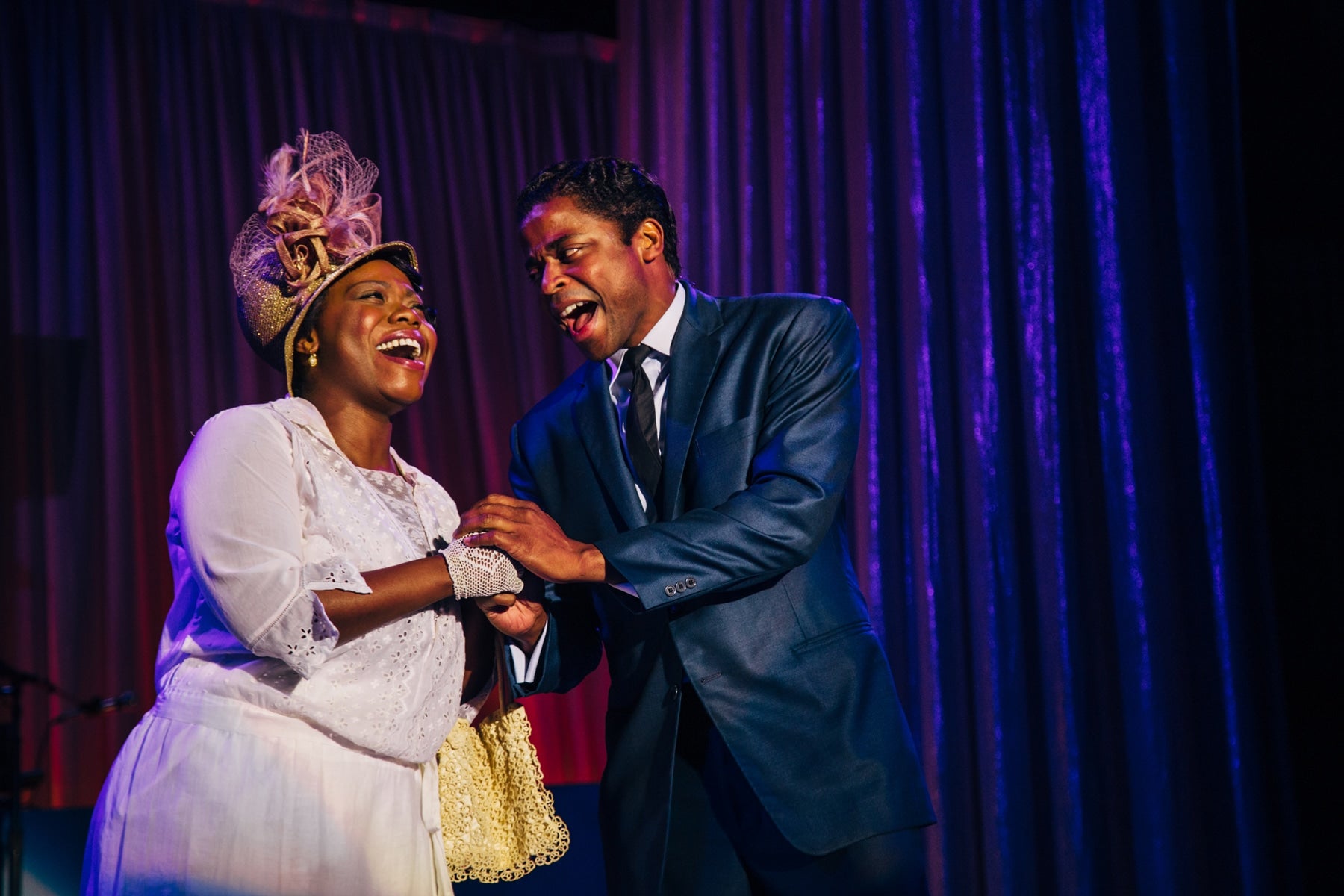 Mission accomplished. “Although we look back on yesterday and all that was going on for Mr. Cole during his time on the show, it’s very relevant to today,” adds Hill. “As creatives, we’re supposed to hold up a mirror, so I think it’s wonderful when we can have something to say about where we are, right now, as a society.”
TOPICS:  Dulé Hill