By Jaleesa Lashay Diaz · Updated October 23, 2020
Marvel fans have anticipated the release of Captain Marvel since it was revealed last year that the studio’s first female superhero lead would implicitly save the world from the obliteration that we witnessed in Avengers: Infinity War. Many questioned whether Carol Danvers (Captain Marvel) would have the strength to defeat super villain Thanos and hoped the film would substantiate her abilities to do so. Captain Marvel, out in theaters today, delivers on those expectations. Starring Brie Larson as Carol Danvers, the twenty-first film of the Marvel Cinematic Universe is a prime example of what female empowerment looks like on screen — and not just for white women. Danvers’ strength is established from the beginning of the film when we’re introduced to her powers with a sparring session. There is no love interest, and despite coaching, there is no man to help her “channel her power.” She is capable from the first introduction. Set in the 90s, Captain Marvel takes us on a journey toward self-discovery and friendship as Danvers, a Starforce space member seeks answers about her past when a battle with Skrulls, a group of alien shapeshifters, subjects her to a probe that opens up memories of a forgotten life as an U.S. Air Force pilot. 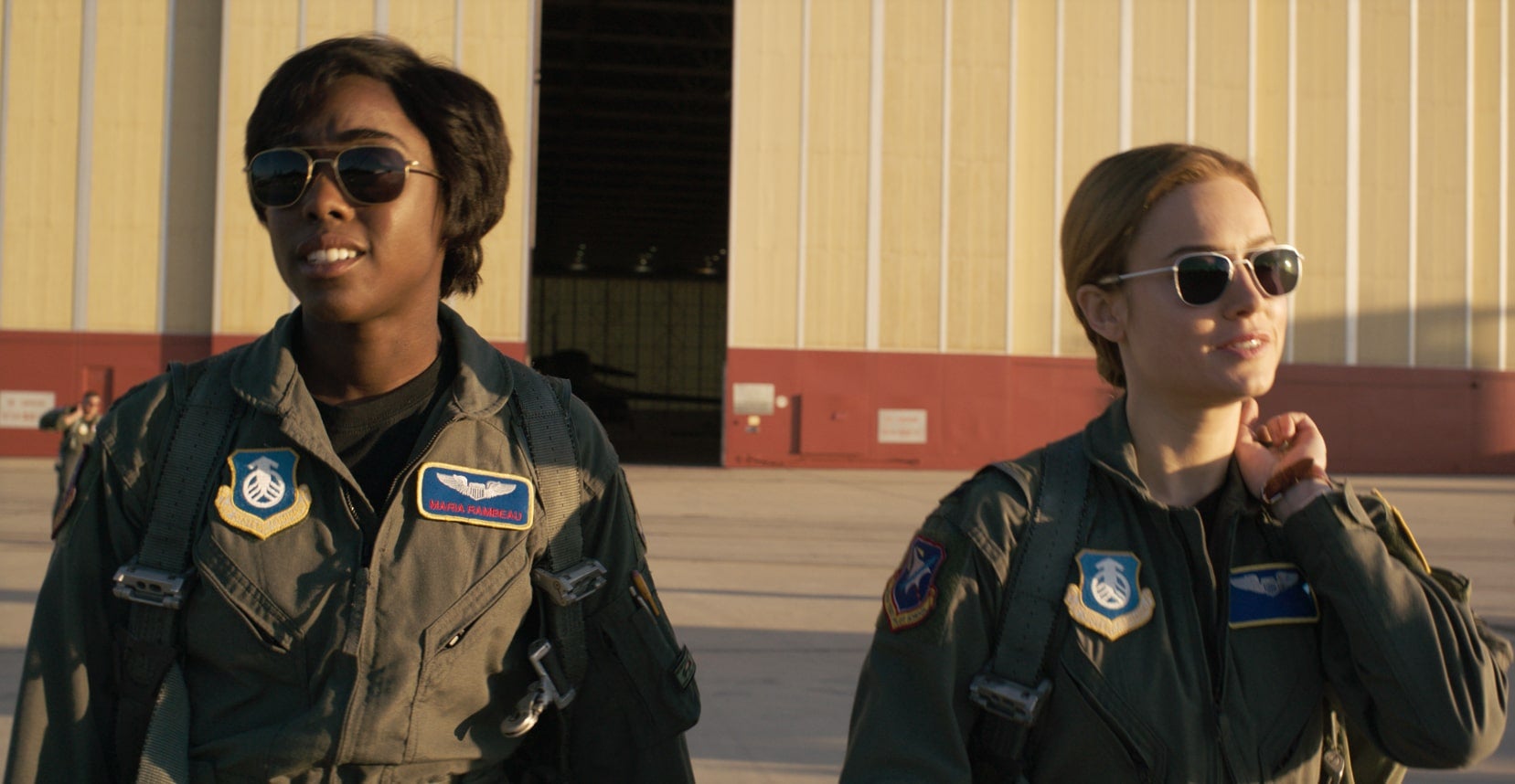 While the beginning scenes undoubtedly lack charm and excitement, things heat up when she encounters S.H.I.E.L.D. agent Nick Fury (Samuel L. Jackson) after crashing from outer space into Los Angeles. Fury helps Danvers locate a long-lost friend, Maria Rambeau. Played by Lashana Lynch, Maria is an Air Force pilot and single mother to Monica. The #BlackGirlMagic is felt from the moment the Rambeaus hit the screen. Maria is characterized as a beautiful, knowing Black woman. She began her journey with Danvers as a pilot during a time when women weren’t allowed to sit in that coveted seat. She has a mighty presence and the importance of her friendship to Danvers is apparent as her best friend. 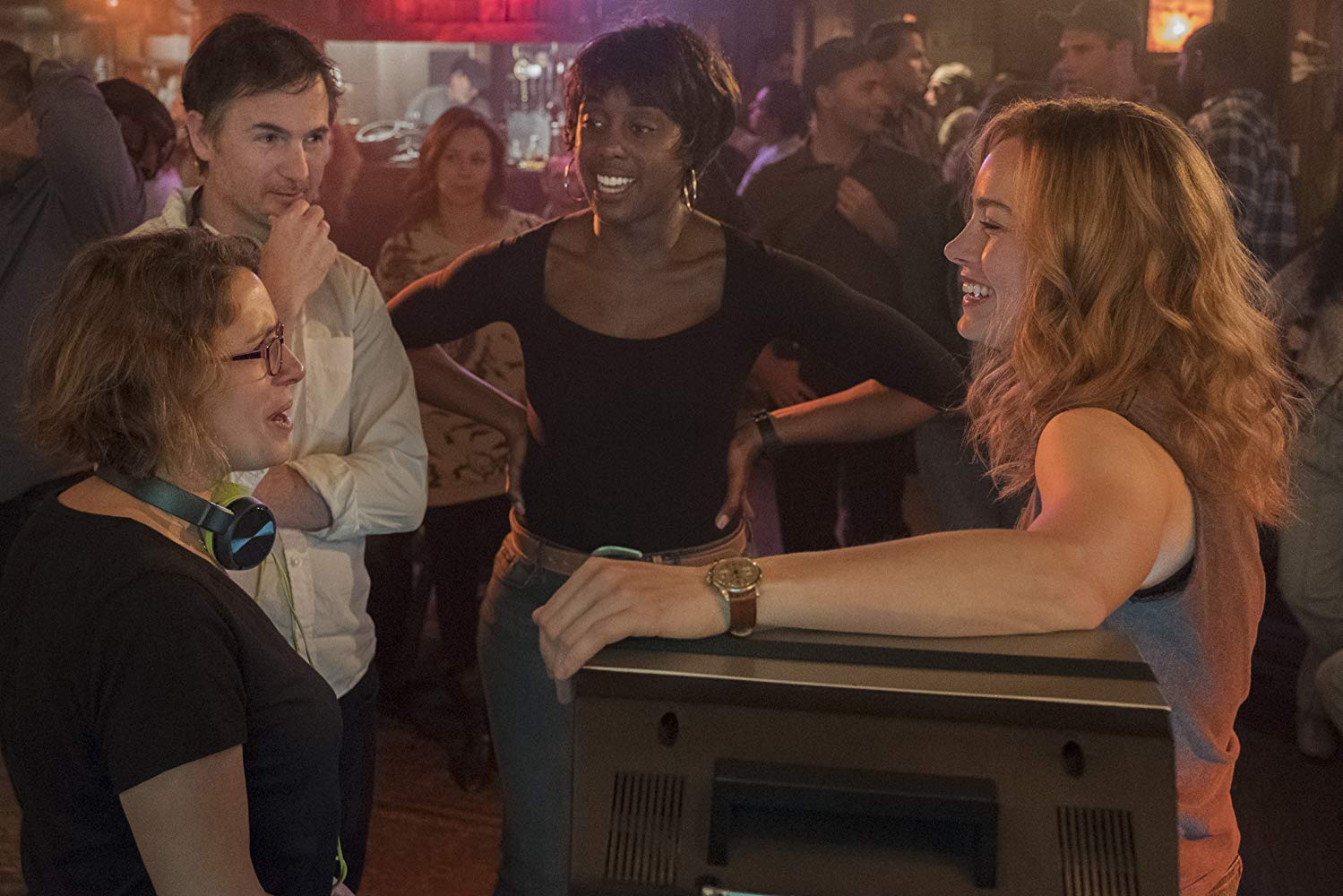 Maria doesn’t feel like a check mark to showcase diversity. She is a well-thought out character that is integral to not only helping Danvers find answers about her past, but also in advancing her future mission. From the moment we’re introduced to her, we’re captivated — and then comes little miss Monica. Played by Akira Akbar, Monica is the highlight of the film. Many of us may recognize her as young Beth on this season of This Is Us. In Captain Marvel, however, Monica is a candescent, quick-witted girl who furthers the narrative that Black girls are interested in STEM education. Monica’s character and personality are reminiscent of Shuri from Black Panther. The introduction of Shuri to the universe helped inspire many initiatives across the country to get young Black men and women involved in STEM. In a pivotal moment, Danvers asks Monica to select the colors for her Captain Marvel suit using advanced technological features on it. Monica selects the final red, gold and blue design. 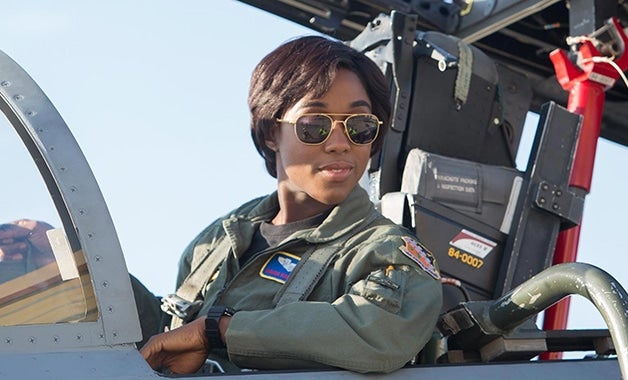 Marvel Studios Director of Visual Development Andy Park told ESSENCE this was an important moment in the film that symbolized the birth of Captain Marvel. “The moment with Maria is the moment she became Carol Danvers again. The moment with Monica is the moment she became Captain Marvel,” he noted. The portrayal of a young Black character that is intelligent and confident is essential in making sure that young women of color are not left trailing behind the female empowerment movement. Captain Marvel takes that charge a step further by having Monica share responsibility for the transformation of Carol Danvers into Captain Marvel. While there’s certainly more to unpack with Maria and Monica Rambeau, this storyline is a step in the right direction. Captain Marvel is an empowering film that ultimately displays healthy representations of strong women, helping to push the conversation forward around bridging the gap between Black and white women. Hollywood – take note.
TOPICS:  captain marvel