By ashley blaine featherson · Updated December 6, 2020
Black women are having a moment right now. That blue wave that swept the midterm elections, ushering record numbers of women into the House? We did that. The #MeToo movement that shook Hollywood and beyond this year was a Black woman-led phenomenon. Ask a sister about any fashion or culture trend and she will say: we not only did it; we did it better and we did it first. #BlackGirlMagic — the popular hashtag that makes nearly 12 million appearances on Instagram alone — celebrates the accomplishments and general amazingness of Black women. For sure, we are powerful. We are resilient. We are also dying and “magic” won’t save us. I am reminded of our precarious existence when it becomes clear that our fate rests in the hands of old, white men — of late, the Trump-Pence administration and its Court appointees. Fortunately, sisters got a reprieve earlier this month. In a victory for the 2.4 million people who visit Planned Parenthood each year, the U.S. Supreme Court declined to hear two Planned Parenthood–related cases last week, leaving in place two lower court opinions that favor the health care provider. Those opinions held that states violate federal law when they cut Planned Parenthood affiliates out of state Medicaid programs, as many states have tried to do since extreme politicians began getting all up in our uteruses. It’s a small victory that specifically applies to two court cases — one in Louisiana, the other in Kansas — but I’ll take it. Since the current administration took office nearly two years ago, Planned Parenthood has been battling attempts to block low-income patients from accessing cancer screenings, contraception, and STI treatment at its 600 health centers across the country. This recent ruling is a win for sexual and reproductive rights, which means a win for health care. And it is a win for Black women.

We need it. Racism and its effects are literally killing us, Life expectancy for Black women is three years shorter than that of white women. Heart disease and strokes disproportionately affect Black women. And we are 40 percent more likely than white women to die from breast cancer. We are dying in alarming numbers during childbirth, the most natural of life events — with the Black maternal mortality rate reading like that of an underdeveloped country. If Serena Williams came close to death during delivery, what does that say for a regular sister in Compton? The good news, as I see it, is that there is a relatively easy fix for the health disparities plaguing African-American women — expanded access to health care services and education. I visited Planned Parenthood as a 22-year-old when I first moved to Los Angeles and kept going for years for wellness exams. There is this notion among some that you only go there if you’re in some kind of bad way — the condom broke and you need Plan B or you think you have an STD. But reproductive care is health care, no matter what. I was very well taken care of; my visits were like what you’d expect from any high-quality doctor-patient interaction. One thing that stood out, when I went there, I got a print out of everything that was discussed during your visit. It’s a great place to get an education — gain an awareness — of what you need to do to maintain good health. Sexual and reproductive health. Women’s health. Total health. That is a basic human right. It’s not controversial. It’s not political. Whether you need birth control or blood pressure screening or abortion services — it is health care. And it’s a fundamental part of living life in a way that exercises the freedoms we all deserve. I felt very much respected and honored at Planned Parenthood. I don’t think the doctor knew — what kind of health insurance coverage I had. The doctor talked to me, not at me. 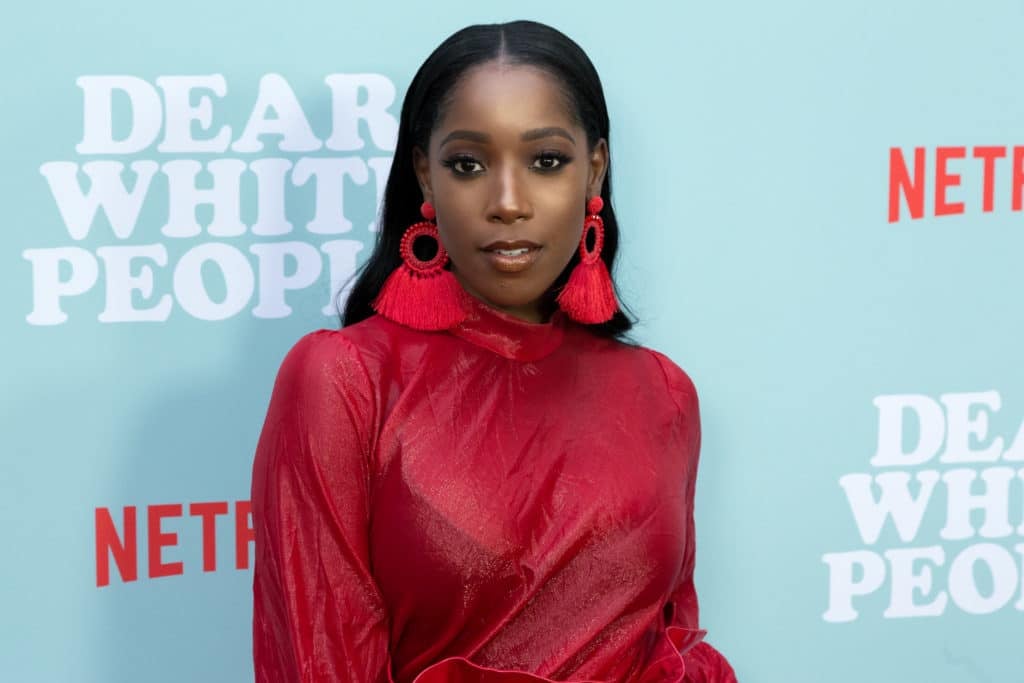 As a woman of color that’s no small detail. Often, Black women are not considered the way other women are. The Black community has a fraught relationship with the medical establishment, dating back to a dark history of experimentation on Black folks without our consent. The starkest and most infamous example is, of course, is the 40-year Tuskegee syphilis study. From my experience at Planned Parenthood, Black women matter. Our lives matter. Our bodies matter. I would say to people I know, “Go to a place where you can get the knowledge and the services you need to maintain good health.” Planned Parenthood does that. No matter what. I can’t think of a better place to get the breadth of care that you can get at a Planned Parenthood health center— pregnancy screenings, sex education, LGBTQ health, HIV prevention. It’s a place that treats patients in a holistic way — it’s not about simply treating an illness but living as fully as possible. That’s what true health and wellness is about.