Skip to content
Photo by Axelle/Bauer-Griffin/FilmMagic
By Regina R. Robertson · Updated October 23, 2020
Once upon a time, Yahya Abdul-Mateen II worked in city planning. Then he got laid off. After regrouping, he switched gears and applied to the Yale School of Drama. Now, three years after graduating, he’s suiting up as Black Manta — in all black, with retractable arm blades and fire red eyes — for Aquaman, out Friday.

He even taught himself to swim. We’ll circle back to that. “Black Manta is beloved in the DC Comics’ world,” Abdul-Mateen told ESSENCE of his villainous character. “He has a dry personality, with a mean streak, but his story is real — emotionally.” Raised in West Oakland, California, and born in New Orleans, the 32-year-old actor fesses up about his newfound swimming skills. “I didn’t want to show up like, ‘I have a confession,’ so I taught myself,” he said with a laugh. “But nobody’s actually talking [or fighting] underwater. It’s all blue screen!” 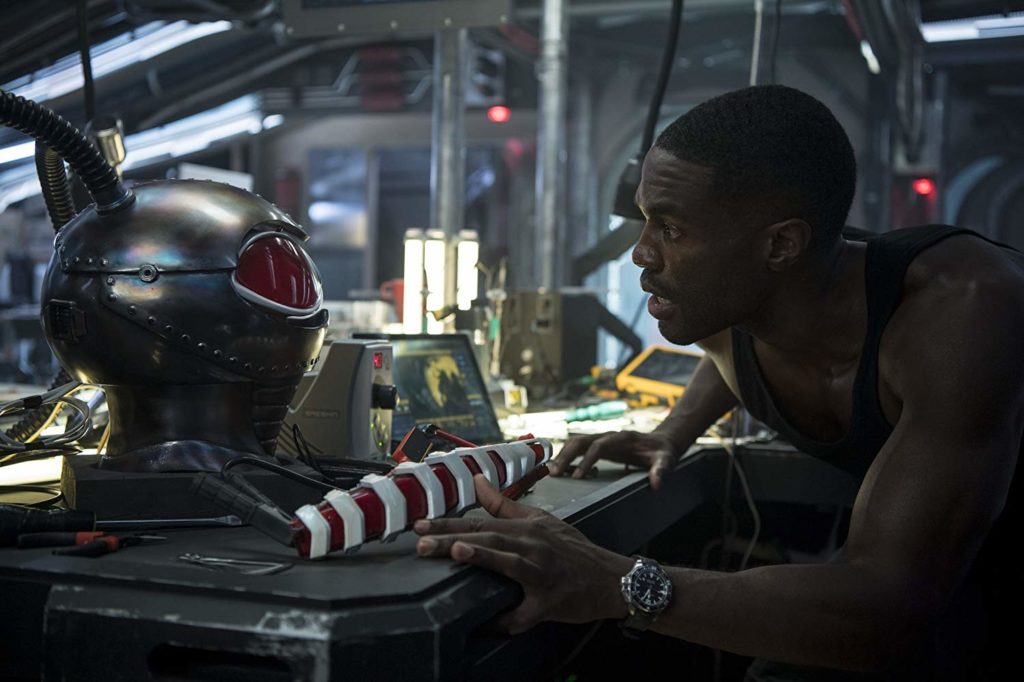 The film adaptation of Aquaman is the most recent addition to Abdul-Mateen’s résumé, which includes The Get Down, The Handmaid’s Tale, and the campy beach comedy Baywatch. Currently, the actor is filming the HBO series Watchmen, which kicks off in the new year. He’s also slated to star in the upcoming thriller Us, the latest from Get Out’s writer-director, Jordan Peele. “It’s turning out to be pretty cool,” said Abdul-Mateen of his career shift. Indeed it is.