By Britni Danielle · Updated October 23, 2020
It’s hard to deny that 2018 has been very good to Angela Bassett. She not only starred in Black Panther, one of the biggest movies of the year, but she also ruled the small screen, leaving viewers of American Horror Story, 9-1-1, and BoJack Horseman shook. 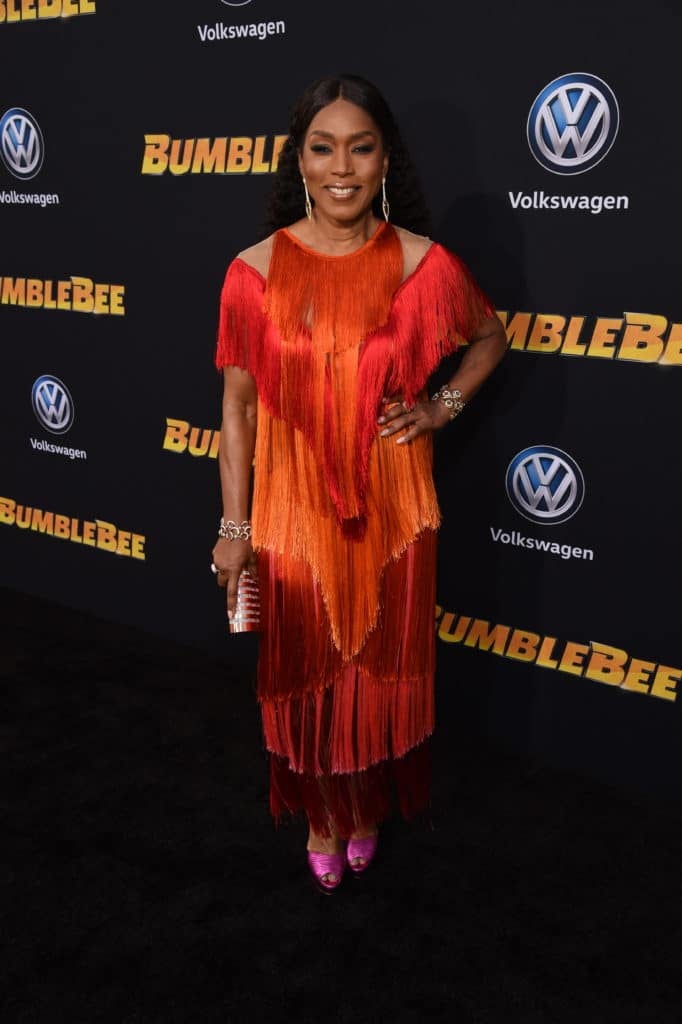 At 60 years old, the acclaimed actress is still clocking firsts, like her groundbreaking role in Bumblebee, the latest offering from the Transformers universe. In the film, Bassett voices the character of Shatter, the first female Decepticon in the history of the film franchise. And while Bassett is known for breathing life into inspiring and regal characters, playing Shatter meant she finally got to be the bad guy. “I had the best fun,” Bassett said with a laugh. “I usually end up in the universe where you’re noble and virtuous. But when you’re playing bad guys, they get to have a delectable amount of fun.” Bassett also relished the freedom of lending her voice to the character of Shatter instead of appearing onscreen. “It frees you up a lot more,” she said, explaining the difference between voice acting and starring in front of the camera. “You’re on a dark stage by yourself, looking at a big screen. You just get to open up with abandon. And sometimes it can be embarrassing, but you get to do it again. It’s a lot more opportunity to play.” Shatter (in red) and Dropkick (in purple) / Paramount Pictures

With Bumblebee, Bassett not only realized her dream to play “someone who is less than noble” (something she also hopes to do in a live-action project), but she also got to be part of a storied franchise, too. “Timing is everything and 2018 was the year,” she said of her goal to be part of a series. “Black Panther will be a franchise. Mission Impossible is a wildly successful franchise and I didn’t die off, so hopefully I’ll get to revisit that again. And it was wonderful to be a part of Bumblebee, which is the origin of the Transformers franchise.” After over three decades in the business, Bassett’s star is burning hotter than ever. She credits her longevity in Hollywood to her passion for the work and her hunger to keep learning. “I’ve just been blessed,” she said. “It’s probably just a combination of study, of passion, of right play at the right time, of being resilient, being realistic, and being open.” “Being an actor isn’t like being an opera singer, for example. Sometimes I get the call and I have to go tomorrow, but it’s what you signed up for,” Bassett continued. “It’s not something you can plot out, but what you can plot out is remaining passionate and in love with what you do; always studying by watching others and appreciating it; and not becoming cynical when it becomes slow.” Thankfully for film fans, Bassett doesn’t seem to be slowing down anytime soon. Bumblebee opens in theaters on Friday.