By Miles Marshall Lewis · Updated October 23, 2020
HBCU homecomings, family reunions, Black Greek fests and “melanated” summer music festivals all serve as safe spaces for lit, for-us-by-us Black celebration. Even protest demonstrations against various -isms sometimes spontaneously burst into a chorus of Kendrick Lamar’s “Alright” when activists blow off steam and exhale—smiles and jubilation erupting in the face of white supremacists’ resistance like a middle finger. Black Joy and Resistance, a photo collection by Adreinne Waheed, visually surveys both scenes with a perceptive eye that finds commonalities in energy between Brooklyn’s Afropunk fest and the #FeesMustFall student protest movement of Johannesburg. As a passionate, wandering witness at Brooklyn’s West Indian Day Parade, DanceAfrica and Soul Summit rave-ups, as well as the Bahian carnival of Salvador and the 20th anniversary Million Man March, her camera testifies to Black resiliency and (again and again) how we got over. Brooklyn- and Berkeley-based Adreinne Waheed spoke to ESSENCE about Black Joy and Resistance’s inspiration and the turnt flavor of Black congregation. 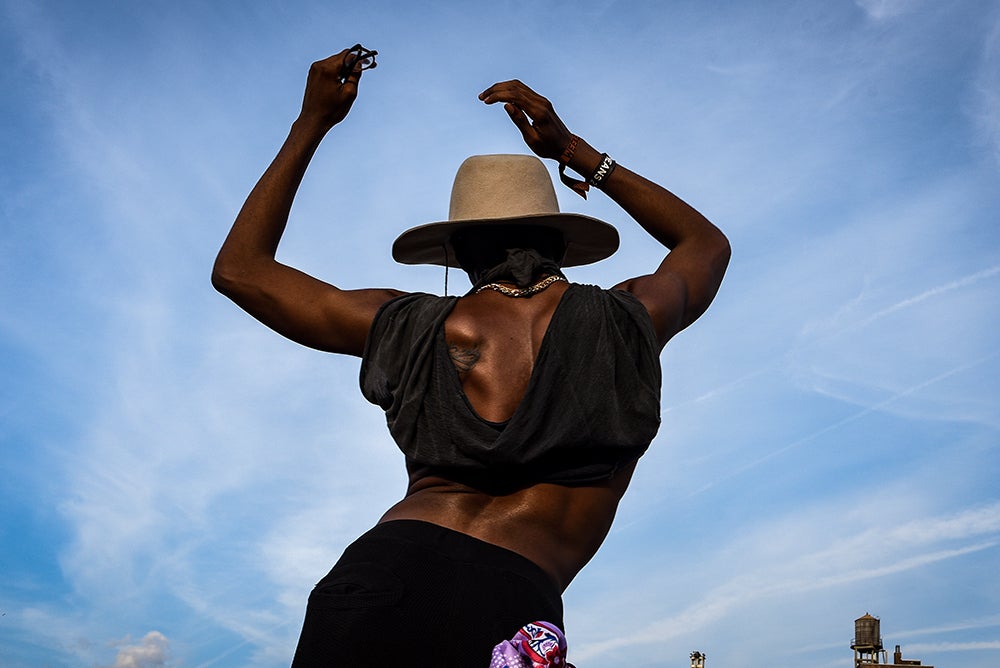 ESSENCE: For you, what unites the energy of Brooklyn events like Afropunk, the West Indian Day Parade and DanceAfrica to other street parties like Carnival in Salvador, Bahia? Adreinne Waheed: I think the single thread would be vibe. Being proud of your culture, being aware and celebrating yourself, who you are and where you came from. I think throughout all of those events, you have Black and brown folks who are celebrating themselves and living their full expression of themselves. Whether that’s through cultural dress, through music, or whether it’s through protest, it all comes back to celebration and a pride of culture. How do you think these Black gatherings differ from, say, melanin-deficient festivals like Burning Man? Well, I’ve never been to the Burning Man festival or any of those other [white] festivals. But I think that these particular cultural gatherings are more specifically rooted in culture as opposed to it just being about partying, music or something that’s just frivolous or enjoying yourself. We can do that. We can enjoy ourselves and come together in Black joy and have a great time. But we can also, within that, resist against stereotyping, brutality, all the negative things that are outside that are trying to keep us silent or keep us down. Maybe it’s the struggle against outside forces, but within the diaspora I think there’s this underlying familial type of feeling. I think that’s what makes the difference. 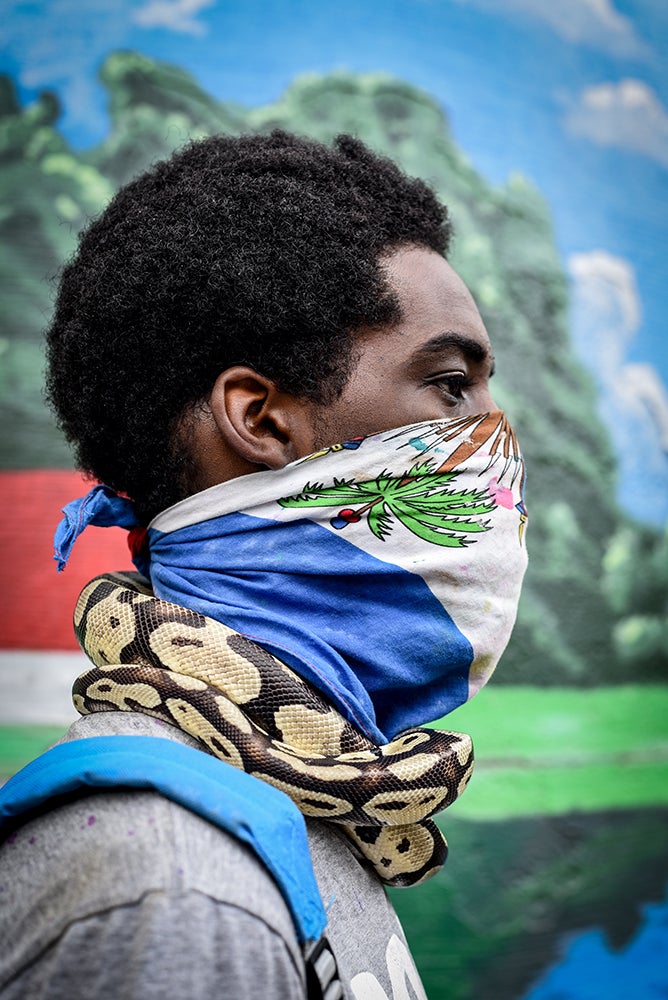 How do you think Black resistance and Black celebration go hand-in-hand? As a Black person, resistance is just a part of who we are, whether we’re conscious of it or not—when you’re born into a place that constantly tells you that who you are naturally is not right, whether it’s the whole issue of skin color or us being constantly told to turn down — the gentleman that was at the wrestling match and got his locs cut off [for example]. Just in being who we are, we’re constantly having to resist. And so within that, we find places of joy. From the whole history of us being in this country, we are able to be in this place where we have to speak out against wrongdoing, speak up for ourselves, fight for our rights. But then we find joy within that, because that’s part of our life in this country. When I was traveling around in Johannesburg and happened to be there during the #FeesMustFall protest, they were marching and fighting against the bureaucracy of the universities in South Africa. But at the same time, there was celebration, music, chanting, dance. I think part of that is inherently inside of us. And I think because we live on this line of having to constantly be aware of where we are, who we are, in this country, I think the resistance can go hand in hand with the joy and celebration. It was easy for me to put these two things together. When I started printing out and editing images for this book, the images of the protests and the celebrations seemed to flow very well together. I think that’s because, culturally, that’s who we are. We make way and know that we have to go against the grain a lot of times and work twice as hard, etc. But we also find joy within that sort of resistance because we have to. What made you choose these locales? I shoot what I’m drawn to and I love to travel. I love shooting Black and brown folks [along with] cultural events. I was traveling and shooting all these events for six years, and I decided to do a book. I just said to myself, what inspired me most with my photography. What am I drawn to, what do I love to shoot, what makes me happy? And the answer was Black and brown folks. So I decided, OK…this needs to be the book. It wasn’t like I decided to do a book and then started shooting, it was the other way around. It came together organically. 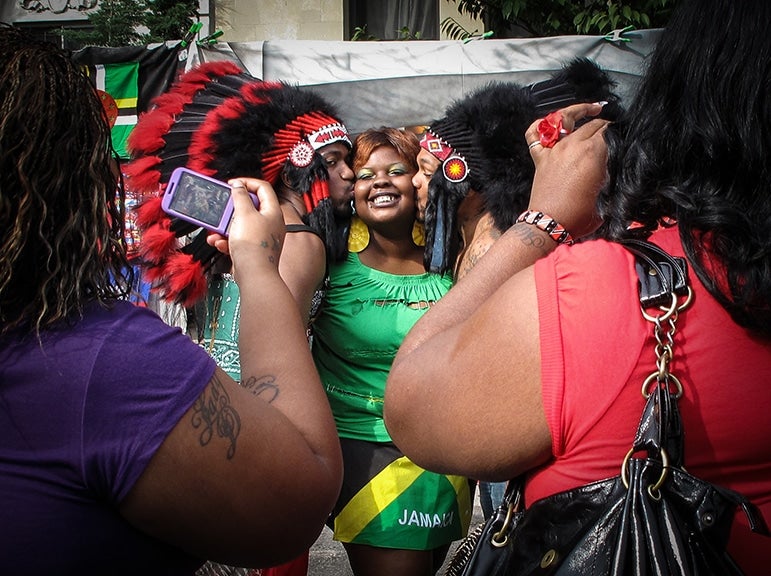 Your images are so gorgeous. What’s the theme of your next collection? I’ve been a photographer since I was 13 years old. My career took a slight turn when I was a photo editor for pretty much all of my career. And so I have all of these images I’ve been sitting on that I’ve been shooting for years. I’m hoping to be able to now show those to the world. I’ve got several ideas of next projects, but one of them: 1,000 Black men. I love shooting Black men, I love doing portraits and I probably already have thousands of images of Black men in my archives. I’m also going to start working on more of mixed media artwork in a project I’m exploring about redlining in housing discrimination from the 1920s through the ’60s and ’70s; the juxtaposition of redlining and gentrification. The idea that in my brownstone that I own in Brooklyn, that in the ’30s, the area was literally redlined and deemed overrun by negroes and therefore unsatisfactory for the banks to lend a loan. And now that same area is now being completely whitewashed and bought out. I’m trying to figure out the intersection or trying to expose that juxtaposition. Those are the two things on my radar right now. Black Joy and Resistance, a photo book by Adreinne Waheed complete with a forward by Jamel Shabazz, is out now.
TOPICS:  Adreinne Waheed